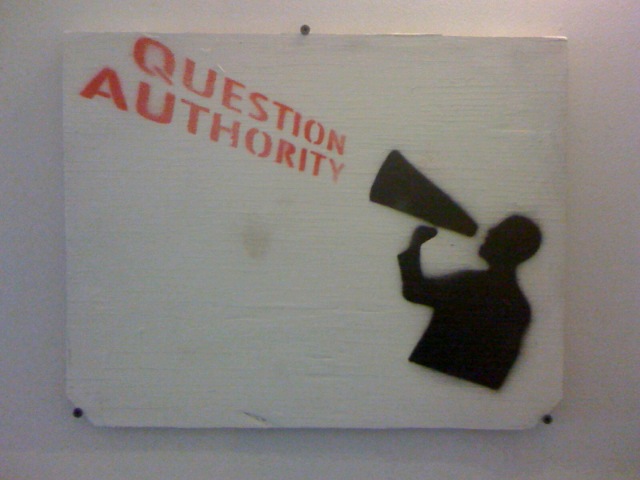 Christendom, and the world generally, face a crisis. People must now decide whose authority will govern their thinking. This applies equally to how they live to how they think they came to be. And not only they but all of life, this Earth, and our universe.

Recently Eric Hovind, son of Kent Hovind, ran an interesting poll. He asked what part(s) of the Grand Evolutionary Paradigm seemed most convincing to people. The poll had several choices, and asked people to list the most important three. Hovind sampled two populations: laypeople and seasoned creation ministers. The choices included things like “deep time” (“billions of years”), the fossil record, and the perception of science and scientists.

Hovind presented his findings on September 6, 2016, on a “Webinar.” The results spoke volumes about the state of Christendom and modern society today. It also suggested we creation ministers1 are woefully out-of-touch about what makes evolutionism so popular. A seasoned minister usually looks for any assumption they can demolish and thereby bring down evolution as an argument. But laypeople do not judge the evolution debate as college-level debate judges and coaches do. They follow an argument because it appeals to how they feel. Eric Hovind sought the features of evolutionism as a belief system that appeal the strongest.

Eric Hovind found these four emotional appeals, in no particular order, the strongest:

The evolutionists clearly understand this. They have spent a century and a half cultivating the look and feel of authority. Sometimes they seem to have no other argument other than their authority. Any evolutionist will eventually commit one of these three logical fallacies:

In fact, the appeal to authority includes all three as variations. One can appeal to the large numbers of people who already agree with him. People will vest those large numbers with authority. One can also boast of the academic courses he took, the degrees he earned, and the grade he got. People will then look to him as an authority of sorts. Lastly, one quotes “the right sources,” sources who have “the right stuff” in science and as scientists. Those sources have clout. Their various board or committee memberships give them that clout. And people listen to them.

How do evolutionary thinkers get that authority?

Lay aside for a moment the appeal to numbers. Numbers appeal only when they grow beyond a “tipping point.” People will flock to join the largest crowd. Most learned early in school of the “safety” in numbers.

How one gets the clout or the grades should concern us more. Most laypeople naturally assume no one rises to prominence in science without achieving something. Every year sees the awarding of the Alfred Bernhard Nobel Prizes in Medicine (or Physiology), Physics, Chemistry, the Economic Sciences, Peace, and Literature. These are the highest, but not the only, laurels one may receive. Such prizes bestow clout as well as cash and good-looking medals. When a Nobel laureate speaks to you, people think, you should listen.

Beyond the Nobel Prize

Beyond the Nobel Prizes, scientists get their clout after first getting good grades. But grades come from examiners who expect a “right” answer to their questions. And those who write modern textbooks, gave the “right” answers to an earlier generation of examiners. And anyone who challenges those answers, will usually fail the examination.

More than that, the scientists now holding the clout, enforce their narrative through peer review. In any discipline of operational science (“how does it work?”) reviewers want to know whether a candidate describes accurately how the world works. “How the world works,” one can test easily. But workers in origins science (“How did we get here?”) play by different rules. Examiners instead want to hear the same answers they gave to their own examiners. They do not want to hear anything that challenges that view. So to pass, candidates must accept certain unchanging “truths” about the origins, and age, of the universe and the Earth. They must accept them as they would accept space or time or gravity. In fact they must accept them ahead of these things. Because their operational counterparts now hear that space and time are not, in any sense, absolute.

No one asks the hard questions

In fact, no one has challenged the notion of a great age of the earth for centuries. Men like Thomas Condon tried to combine religion and science. But Condon sacrificed his faith to The Narrative in geology and paleontology. When he said no one should question the Earth being millions of years old, he did not speak from Scripture. He spoke from his geology textbooks. Those textbooks gave him clout. He yielded to man’s authority, and joined that authority.

Nor did Thomas Condon act first to weaken the faith. That disgrace belongs to Origen of Alexandria. Origen laid the basis for allegorizing Scripture. Most people don’t know this of him: the Church never canonized him as a Saint. Origen directly contradicted the Apostles, especially Paul of Tarsus and John of Jerusalem. He taught that:

Furthermore, the “scientific community” ostracizes anyone who challenges in any way the great age of the earth. But when they do that, they refuse to answer any of the tough questions about their model. Why, for instance, has no one ever found Jan Oort’s “Cloud of Comets”? How could dust clouds approach from three different directions, then collide and mutually accrete to form the sun, the planets, and other objects? How could any cell self-assemble? Can information ever write itself? Why don’t we see spontaneous generation in the wild? And why do we see only one species with the power of speech?2

The white-smock-wearing mavens of scientific authority say positively they have the answers. But many of them don’t have those answers. What answers they do give, they did not arrive at by observation and experiment. In fact they often do nothing but speculate without foundation. Nebraska and Java “Men” spring to mind here. So does “Lucy,” the simian “woman” whom scientists inferred from a handful of bones too small to be human.

Even operational science has its history of false fads. Consider phlogiston, the substance every scientist once assumed as the source of fire. When wood burns, it loses mass. Scientists confidently identified the lost mass as phlogiston. But then came the discovery of hydrogen, which burns but cannot support the burning of anything else. The discovery of oxygen, which does not burn but supports other burning, followed. At last, Antoine Lavoisier showed off mercury “burning” and gaining mass, to form mercury oxide.

The Word of God, in contrast, never changes. All that changes are the way people interpret it. The Hebrew sources of the Old Testament had a checksum system to make sure no copyist would make a mistake in a letter. Any copyist finding a non-matching checksum on a page had to start the entire page over. Financial or electoral software should be as secure. (Sadly, it is not.)

Which, then, should a layperson regard as more important? Shall they accede and appeal to the authority of fallible men? Or shall they instead trust the one Authority Who never makes a mistake?

1As President of the Creation Science Hall of Fame, yours truly qualifies as a creation minister.

2Larry Niven, of “Known Space” fame, speculated that bottlenose dolphins and other whale kinds would show their power of speech. They then would sue for damages, not for vindication but as a joke! More recently, Rick Berman and Brannon Braga, creators of Star Trek: Enterprise, wrote a story arc about a confederation of five species, all of which originally shared the same world.

Science: handmaid of the Torah