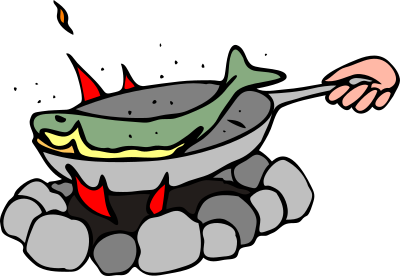 Joe Biden’s latest cringe-worthy press conference has accelerated loose talk about Amendment XXV. CNAV says loose because the ones raising that issue, are ignoring two things. First, we have an opportunity to re-strengthen State governments. Second, if you do sideline the President, you replace a senile dotard with a power-hungry tyrant. And that, to quote an old proverb, is to leap from the frying pan into the fire.

Joe Biden turned in the worst performance of his career – and indeed the worst performance by an American official ever. Of that no one can raise a legitimate question. That’s saying a lot, because Biden has “collapsed” many times since the Inauguration, and before. But his most recent press conference hit a new low and featured many “Whiskey Tango Foxtrot” moments.

First he kept the Press Corps waiting for 25 minutes. In opening he said a group he called “they” “handed [him] a list” and “instructed” him to call on NBC first. And last – and worst – when Fox’ Peter Doocy reminded him of a President’s responsibility, he leaned forward, clasped his hands together, and rested his chin on them. Witnesses describe that tableau as Biden “assum[ing] a fetal position.”

All of which has led to more Amendment XXV talk. CNAV believes that those raising that specter should think again.

The opportunity good federalists have

Biden has created an opportunity for letting State governments – governors, legislatures, and judiciaries – assert the independence that befits sovereign States. In other words, to return to the status quo ante the War Between the States. Before that war, one said, “The United States are.” After the war, and continuing to today, they say “The United States is.”1

Where we stand, depends on where we sit. So look at where we sit today. The President, having actually struck a fetal pose standing up, has thrown away all the clout his predecessors built up over decades of steady arrogation, to the federal government and the Presidency, of increasing emergency and other powers. This arguably began with Theodore Roosevelt and certainly with Franklin D. Roosevelt.

But who imagines, today, that this President can issue an order for a National Vaccine Passport and realistically expect people to obey it? The minute he does, Govs. Kristi Noem (R-S.D.), Ron DeSantis (R-Fla.), Greg Abbott (R-Texas), and others, refuse. Their Attorneys General take counsel together and sue the federal government in several Judicial Circuits. True, we would see some States implement it (as Illinois already has) and others decline. Then the people would vote with their feet. Given what a Vaccine Passport would imply, people would be better off even fleeing with nothing but the shirts on their backs! And this is only one example, if the prize example.

Amendment XXV would throw away that opportunity

Now consider what an Amendment XXV process would do to that opportunity. CNAV has before treated the process, and the difficulty Kamala Harris would normally face in carrying it through. But that difficulty depended on Republicans sensibly concluding that they could better deal with a senile dotard than with a power-hungry tyrant.

Now two Republicans, one each in the Senate and House, are weakening that case. Senator Rick Scott (R-Fla.) started it. On his own Senate web page he called on the Cabinet to get behind an Amendment XXV declaration. The Afghanistan debacle served him for a pretext. In fact, as his page acknowledges, he’s said it twice now.

And on Thursday, Rep. Madison Cawthorn (R-N.C.-11) called for an Amendment XXV discussion. He sent this letter

to Vice-President Harris and to several Cabinet members. Earlier in the week, Cawrhorn had given this declamation on the floor of the House.

That prompted the Speaker pro tem to chide him about insulting people and addressing remarks elsewhere than to the chair.

To Senator Scott from Florida, and to Representative Cawthorn, CNAV has two words: Sh-h-h-h! Quiet!!!

CNAV certainly shares most of the public-policy positions these two men have taken. Having said that – and with all due respect to the zeal each man brings to his office – each man is behaving like a loose cannon on the gundeck. Furthermore, each man is losing sight of the wider opportunity that now presents itself.

Rep. Cawthorn especially needs to restrain himself. Today he is the prize example of why some might see the wisdom of the original policy in the Senate of ancient Rome. In that body, a freshman Senator sat on the back bench and said nothing. At least, he said nothing until he had some experience under his toga.

Madison Cawthorn, at 25, is barely old enough even to be a Representative. So he lacks not only legislative experience but life experience. That’s not to say he shouldn’t be in Congress. But it is to say that he needs to take a mentor and consider historical contexts more carefully.

Senator Rick Scott at least has been Florida’s governor before entering the Senate. But as a former governor, Senator Scott should know better! Maybe Governor DeSantis should remind him of a few things.

True enough, certain commentators also are talking up Amendment XXV as the solution to painful spectacles like Biden’s press-conference curl-up. Dick Morris, who once worked in the Bill Clinton White House, is the prize example. They make some valid points, but not winning points. Like Senator Scott and Rep. Cawthorn, Morris thinks of strong central government as normal and desirable. But strong central government is neither.

To repeat: federalists and libertarians have the opportunity to weaken the federal government and restore to the States the sovereignty the War Between the States took from them. Given the kind of measures Biden’s staff (read handlers) have introduced in Congress, this becomes critical. These include measures to make State Divisions of Elections mere extensions of the Federal Election Commission. It would codify every means by which the Democrats (or, per Mike Lindell, the Chinese) stole the Election of 2020. Another measure would codify a genderless – therefore childless – society.

At this critical juncture, The President has destroyed his own clout and that of the Presidency as an office. Now State governors and Attorneys General can reassert State sovereignty.

An Amendment XXV drill would destroy that opportunity. In place of the senile dotard, a power-hungry tyrant would take over as the leading figure. Which is exactly what federalists and libertarians do not want. Nor any ordinary citizen who loves his liberty.

1 That characterization comes from an author named Harry Turtledove, who crafted an engaging “alternative history” of the United States. Suppose, asked Turtledove, a certain Confederate lieutenant had not dropped an action dispatch on the trail near Antietam Creek? Then Lee would have won at Antietam – or Sharpsburg as Southern historians call that action. Turtledove, in his afterword to the first installment in the series (How Few Remain), specifically said the War Between the States changed the parlance from “The United States are” to “The United States is.”

The Squad brings Islam to America

The other thing that needs to be remembered is that Kamala Harris is not a natural born Citizen of the US, i.e. born in the US of US citizen mother and US citizen father. In fact, from the information I have read, she is not even a US citizen. Her parents were here on student visa when she was born and Amendment 14 does not apply to her. Amendment 14, today, only gives citizenship to a person born in the US who is born to a US citizen or an actual immigrant. An actual immigrant is a person who asked for permission to enter and live in the US and swore an oath of fealty. The US Supreme Court 1875 Elk case and 1898 Ark case cover this. Keep in mind the 1898 Ark case conflates citizen and subject. If just being born in the US made one a US citizen the 1924 law that made native Americans US citizens would be meaningless.