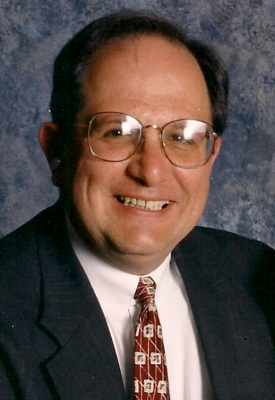 The Republican Party did not develop the Tea Party, and now seems bent on destroying it. Just look in New Jersey.

The Tea Party and its enemies

2010-2011 has been witness to many developments in this nations’ struggle to maintain her freedom against the unconstitutional forces and policies of Barack Obama. The Tea Party Movement, Conservative groups and the so-called “alternate media” such as talk radio, Beck, etc have been struggling to turn back the tide of government largesse and anti-constitutional conditions. As one would expect, the DNC, the mainstream media, the EPA, Soros and his bankrolled legions, the Justice Department, the Journo-list, and a host of corporate cronies are the brigades in Obama’s confrontation with the Tea Party Movement.

Well, a new brigade has been added to the Obama forces these past 2 months, it is the NJ GOP.

Who are the culprits?

The same NJ GOP who wants us to believe they hold conservative principles dear to them has unleashed a nasty, deceptive campaign to thwart the New Jersey Tea Party Movement. Two main figures have emerged as the face to freedom and liberty’s fifth column brigade, Messrs Rob Eichmann and Bill Winkler. These gents have been part of the NJ GOP for decades. When not seeking or holding GOP offices, or holding appointed NJ government positions they have worked and continue to work behind the scenes for dozens of NJ GOP state legislators over the years either in their election campaigns or assisting and being part of NJ GOP elected Senate and Assembly staffs’.

When did this anti-Tea Party campaign begin? 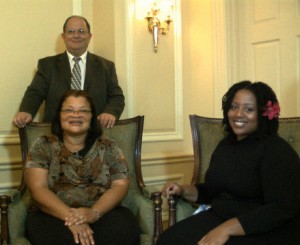 This nefarious campaign went into high gear April, 2011. A group of Tea Party Citizen activists conducted a Tea Party/Citizens convention 4/16, www.thebattlefortrenton.org . One of our original premises for the event was no elected politicians and office holders be given either publicity or an opportunity to speak to the gathering. Like you, we have heard it all before. Messrs Eichmann and Winkler quietly petitioned this group to allow a sitting GOP state senator, a conservative, to speak to the gathering. After openly discussing the request, it was decided by our group to politely decline the offer and to stay with our initial premise.

The NJ GOP under the stewardship of Rob Eichmann and Bill Winkler then went into attack mode. Turning the old axiom “If you can’t beat them, join them” and the opposition to Obama’s policies upside down , they follow a policy of “If you can’t join them, beat them”. Using the blog www.Conservativenewjersey.com. daily columns began appearing smearing the 4/16 convention. The Tea Party Movement on a whole and citizen activists involved with organizing/running the convention were publicly named and insulted. Specific Tea Party groups, various Tea Party leader activists and a former NJ legislator assisting our Movement all were tarred and feathered in an almost daily barrage of propaganda and spin.

Under the pseudo banner of furthering the New Jersey Conservative cause, Eichmann and Winkler were a tag team combo taking turns producing their salacious articles. The New Jersey Tea Party Movement was and is now under attack, not by SEIU or the DNC but by NJ GOP operatives. Hit piece articles are still coming. When sitting NJ legislators were politely and quietly approached for assistance in muzzling the initiators of this nasty campaign, they refused. The legislators either feigned ignorance or tried to conceal their connections to Eichmann and Winkler. Several so called GOP conservative sitting legislators continue relationships with this sad sack duo to this day.

A challenge to a debate

I have issued an open challenge (reiterated June 10) to debate the New Jersey Tea Party Movement and the so called concerns of these conservatives related to it. They ignore my numerous requests. I assume it is much safer to sit back and generate public hit pieces rather than openly debate concerns and supposed differences in a public venue.

Theoretically, the weak, those with a hidden agenda or the dishonest certainly do not want public debate with those confronting them.

The above admonitions, statements and claims are publicly documented on the conservative blog, in the public record and in widely circulated e-mails. The million dollar question is why? Why would New Jersey Conservatives and the GOP, who hold legislative minorities in both statehouses viciously turn on a genuine, citizens activist movement under the Tea Party banner? Both factions have alarmingly similar goals and aspirations. Both see the Obama administration and by extension, the Democratic party line being adhered to in New Jersey, as opponents of liberty and freedom. Yet, the campaign against the Tea Party Movement in New Jersey by GOP henchmen continues unabated. Let it be known here today, the Tea Party Movement will not cower to leftist radicals in the federal branch, in congress, in our state legislature and certainly will not be deterred by so called GOP allies.

FULL DISCLOSURE: I am a Tea Party Democrat and the elected Vice President of one of the older NJ Tea Party groups. I am also the State Of New Jersey Coordinator for one of the largest National Tea Party Groups. Unlike our GOP critics I try to keep my eye on the ball, I realize whom the enemies of liberty and freedom are, the current Democratic Party Apparatchik. Our approach is twofold: Assault the radical leftist on their home ground and not grant safe haven to them anywhere, not even in the Democratic party and second, rally the largest ignored and overlooked voting block in this country, moderate/conservative Democrats. The Establishment’s future is gloomy for it is not just the GOP, but now the Democrats will have to start dealing with Tea Party factions in their own ranks.

(first of a series)

Related Topics:electionpresidentTea Party
Up Next