The First Amendment to our Constitution protects freedom of the press for a reason. Since the foundation of our nation, the press has always been the nation’s watchdog. As the three branches of government (legislative, executive, and judicial) were always supposed to check and balance one another, our founders recognized that “We, the People” needed a branch outside of government to be sure that the other three branches lived up to their expectations. They called it the “Fourth Branch”—or the Fourth Estate, a reference to the three “Estates” in the Estates-General of pre-Revolutionary France.

Yet today this fourth branch has made itself into little more than an entertainment entity, and its responsibility to keep our government accountable has all but gone with the wind. This is why Terry A. Hurlbut and RoseAnn Salanitri have joined forces to create ConservativeNewsandViews.com.

The views expressed by any particular contributor are his/her own and do not necessarily reflect the editorial policy or position of Conservative News and Views. 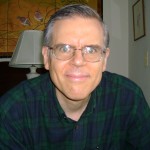 See Terry A. Hurlbut’s information and social media feeds on this page. 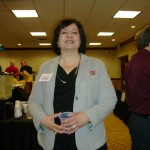 Thank you! I look forward to receiving Conservative News and Views.

You have a troubling lack of knowledge about the history of this country. You write: “As the three branches of government (legislative, executive, and judicial) were always supposed to check and balance one another…”

The three branches of government were never intended to check and balance each other. Congress was intended to be over the other two branches. However, throughout our history, the other branches made certain power grabs, most notably the Marbury vs. Madison case, in which SCOTUS claimed for itself the power of judicial review.

As for the “Fourth Branch” of government, that is not the press and never was. The fourth branch actually refers to the bureaucracy.

I have to agree with Joel in that most of the writings since the Constitution have assumed that the three branches of government are a checks and balance system. This is taught in both American History and Civics classes in high school and college.

Going along with this idea is the one of separation of powers, which is a university course unto itself.

So, whether by “power grab”, or direct intention of our founding fathers, like it or not, we have a three system government with checks and balances, along with separation of powers.

With that said there are instances where the balances seem to not be working and where power is abused, usually by the President, although the Supreme Court certainly does wield a mighty big stick, and once a majority ruling is published it seems to become “law” as surly as if the President signed it into official law.

More troubling to me than the fourth estate of bureaucracy / the media is the Presidential executive order mallet. I haven’t followed this for a couple of weeks but Obama was being investigated for several instances of abusing power using his office to bypass Congress.

Anyway, I appreciate your comments.

And, the President can usurp the balance quite easily with the War Powers Act

I look forward to reading your commentary!

It`s about time a judge did the right thing, even if he did go against obamass. We are not a muslim country and we never will be. “that is BS” it`s time WE stand up for the right to pray where ever we want and if those people don`t like it, all I can say shout up, set down!

Nice articles and commentary so far….

Thanks for the Sarah Palin story…..the liberals are really afraid of her. God is on her side so she is safe from these fools.

Thank you for your noble effort of disseminating fact, reason and realism, as it sharply contrasts from the input of those who wish to confuse us. Kudos!

Media are dominated by liberals. I am glad to see this site where I can find a conservative voice represented. However, I am surprised at some of the responses to subscription, for example one said the U.S. constitution is not based on the system of checks and balances. Dangerous ignorance. If people have learning attitude they would know better.

Welcome to the freedom fight!

Thanks for what you do in getting more people awakened to the danger that lies within our shores.

Actually Patrick, the Founders did intend the division of goovernment between the three branches to serve as a check on abuse of power by any one branch.

Marbury v. Madison was decided in 1803, only 14 years after the Constitution was ratified. If the power of the Supreme Court to interpret the law and and hear challenges to the exercise of Congressional or Presidential power was contrary to the intent of the founders, they could have amended the Constitution to overturn Marbury, as was done ten years earlier by enactment of the 11th Amendment, which overturned Chisholm v. Georgia (which held a citizen of one state could sue a citizen of another state in federal court. In contrast, no amendment to overturn Marbury was ever enacted, and Congress has not passed any law to significantly limit the Court’s jurisdiction to determine the constitutionality of state or federal laws.

The TRUTH about CPS/DCF, DSS, DDS, etc. | A Miracle for Two Sisters