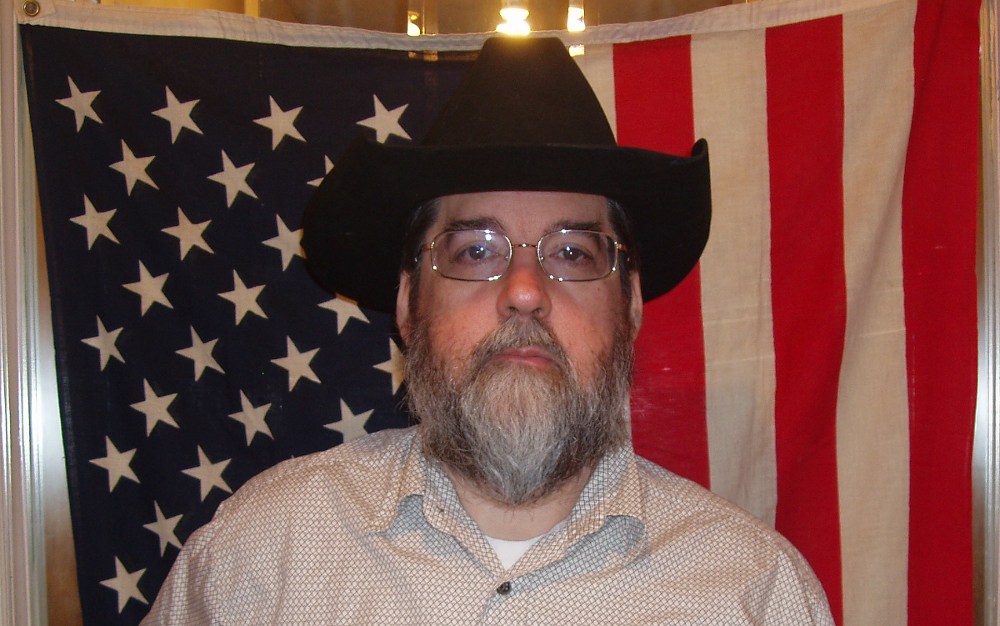 The question everyone will ask is how will the ruling in Thomas More Law Center, et al. v. Obama, et al., case number 10-2388 affect our case Purpura et al. v Sebelius et al.1, case number 11-2303. The ruling actually helps our case. The Court uses fatally flawed reasoning about the commerce clause. The court also reaffirms our standing to sue in our case.

First, the ruling clearly rejects the DOJ and Judge Freda Wolfson’s fake standing argument that they used to reject the case in the Federal District Court of Trenton NJ. Pages 5 through 11 gives a detailed discussion of standing and ripeness. The discussion clearly shows that Judge Wolfson ignored existing Supreme Court rulings. So we, and the other people petitioning, had and have standing to challenge “H.R. 3590”. The Bond v United States ruling reinforces this.

Second, the DOJ failed to answer the original Petition, filed in September of 2010. That is why District Court and DOJ created the fake standing argument. Unlike other “H.R. 3590” cases before the various Courts, ours addresses nineteen (19) violations of the U.S. Constitution and 4 (four) violations of existing Laws in “H.R. 3590”. The failure of DOJ to answer the petition, or complaint, was an acknowledgment that every Count in the Petition is correct. When we filed the first Motion for a Temporary Restraining Order (TRO), the DOJ promised to answer and prove each Count without merit. But DOJ ignored the Petition until we filed the Motion for Summary Judgment for Default. We filed that motion more than 20 days after the DOJ missed the deadline to answer the original Petition. So DOJ and the Court wanted to get rid of the suit. So they created the fake standing argument. Of course they ignored earlier Supreme Court rulings to do it.

Important Definitions of Commerce and other words

We must never forget what the U.S. Constitution actually states, and the real meaning of its words. The expansive meaning of the word regulate that people have come to know, is incorrect. The courts have over the years distorted what Article 1, Section 8, Paragraph 3 states:

The Congress shall have Power…To regulate Commerce with foreign Nations, and among the several States, and with the Indian Tribes;

To understand what that clause means, one must first know what its key words mean. Regulate means:

The definition does not allow one to dictate an action. It only establishes “how something is done”. In other words if you do “this” you must do it in this fashion or by following these rules.

The meaning deals with collections and associations. It does not concern the items, or inside of something. If you are among the trees you are not inside a tree.

The phrase interstate commerce has a special legal meaning and does not appear in the U.S. Constitution. Commerce means:

Remember: rulings like Wicker v Filburn 317 U.S. 111 (1942) have illicitly expanded Article 1, Section 8, Paragraph 3 into areas that are not “among the several States” – things that happen only within the States. The Constitutional Convention created the U.S. Constitution to address the trade wars among the original thirteen States. This contract, a covenant, between the Sovereign States of the United States established that the national Government can do only certain things. The States clearly were not going to give up authority to regulate their internal trade. But even with the illicit expansion done by Wicker v Filburn into areas that are not “commerce among the States” the case does not support the Court’s opinion. In Wicker, someone was growing wheat. The farmer was performing an activity. The Court held that Congress could regulate the act of growing your wheat even if you were not selling it in commerce among the States.

The Court tried to sidestep the simple fact that the Individual Mandate forces some people, not all, to buy a product or be punished. “H.R. 3590” does not regulate the product purchase but requires the buying of a product, specifying the product to buy. When Congress created the original Interstate Commerce Commission, it specifically charged that body with regulating transportation among the States and territories of the U.S. The key – the regulating of an activity.

The court also uses faulty reasoning from Gonzales v Raisch, 545 U.S. 1, 25 (2005). Congress has no authority to regulate marijuana not going into “commerce among the States”. Article 1, Section 8, Paragraph 1 (“General Welfare) may allow regulation. The General Welfare clause allows the FDA and CDC to exist. Everyone benefits from effective medication, food inspections. etc. But the government cannot order someone to buy medicine – even if he needs it.

Another problem with the Opinion is its use of the “Commerce Clause” as authorization of various programs and laws. Article 1, Section 8, Paragraph 3 does not authorize these laws. They have nothing to do with commerce. The laws are Constitutional, because Article 1, Section 8, Paragraph 1 and Amendments 5 and 13 authorize them. The States and national Government can impose requirements on those duly convicted of real crimes. General welfare never identifies specific recipients, specific welfare does. United States v Butler 297 U.S. 1 (1936) is important here. It clearly delineates the differences between general Welfare and specific welfare.

The opinion distorts United States v. South-Eastern Underwriters Association 322 U.S. 533, 552-53 (1942) as well. The case was not about requiring a person purchasing products. Here, a company was selling products and conducting business among the States located in the southeast of the United States. The case was about collusion, pricing fixing and other serious and criminal issues related to the selling of insurance policies across State lines. Or actual “commerce among the States.”

On page 23 of the ruling the Court says that Article 1, Section 8, Paragraph 3 does not distinguish between activity and inactivity. This is ludicrous. The Paragraph’s words imply activity. Regulate implies activity by its very meaning. The Individual Mandate is not regulating the purchase of insurance. If anyone is buying or selling insurance among the States, across State lines, then Congress may regulate the purchase. The Individual Mandate dictates that one purchase a product and the type of product to purchase. It is the classic “do what I say since I know best” attitude seen all over the world. The Court failed to comprehend, or chose to ignore, that just because something may affect commerce among the States does not give Congress the authority to regulate it.

Most problems in health care follow from illicit rulings and laws that force hospitals and doctors to treat people. One of the problems is that Congress along with the Courts are trying to force people to engage in behaviors that they believe will help improve people. That is not a responsibility of the government. The government, at any level, is not responsible for improving people. Examining events and history shows the consequences of this attitude. Responsibility belongs with the individual.

The Opinion then goes on to use straw man arguments (Page 52) to justify the Individual Mandate is constitutional by comparing the purchase of automobile insurance to the Individual Mandate. Most States require the purchase of auto insurance as a condition of using the public highways, just as one must have a driver’s license. But not all States require insurance. At one time, and it might still be true, Tennessee did not force a driver to get insurance. One could pay a fixed fee into an uninsured motorist fund. Banks insist on insurance for loan they originate to buy a car. They want to insure that car buyers pay back the loans if they wreck their cars, or someone steals them.

Congress may not dictate to the States except when the States gave them specific authority. “H.R. 3590” instructs the States to create insurance exchanges for people to buy insurance. While a State, depending upon their State Constitution, may create exchanges on their own, Congress has never had any such authority. The bill creates vehicles of commerce and forces States to create the same. You can expect the straw man arguments that the government will use, like: “The Post Office is a vehicle of commerce.” Of course, Article I, Section 8, Paragraph 7 authorizes the USPS. So the argument collapses.

Why our case is so much stronger

So why is Purpura v Sebelius et al., Case 11-2303, not effected by this ruling? Unlike the many other cases and this case challenging “H.R. 3590” our case is not limited to Article 1, Section 8, Paragraph 3 and Amendment 10.

We read the whole bill. It took 36 hours over 2 weeks. We took notes. We examined how the bill conformed to or violated the U.S. Constitution. Not everything in the bill violates the U.S. Constitution. We examined, as did Judge Vinson, the origination of the bill. This bill raises revenue, but originated or was written by the Senate. We looked at “was the bill constitutional signed into law?” These two (2) Counts are external to the actual text of the bill.

This is why Department of Justice could not answer our brief . We addressed all the issues and they obviously could not dispute them. When forced to, they wrote ridiculous non-answers. Even now they are continuing their attempts to stall, hoping this case will go away.

Those who wish to examine the court filings in both the District Court and Court of Appeals for the Third Circuit can find them at JSTP’s web site here or in a zip file here.

Natural-born citizen – what that means

Could you provide your 17 specific violations of the Constitution? I would much like to read that.

Here is your list of violations identified. Keep in mind we read the bill from one end to the other. We looked at what the sections did based upon the real meaning of the words.

I’m sorry, I really, really appreciate the information, but what you’ve given me is a little hard to follow.

Is there any way you could provide which specific parts of the Patient Protection and Affordable Care Act correspond to which violations of the Constitution? That would be quite helpful.

Thank you for your time, I’m keen to see your specific examples as I’d like to understand more about your case.

I would recommend you download the various files from

These are files in the District Court directory

and these are in the Appeals Court directory

The information is in the briefs. It is the simplest way to look at this point.

Some other information is at

Including links to a video presentation.

[…] The rest is here: Commerce, health care, and distortion – Conservative News and Views […]