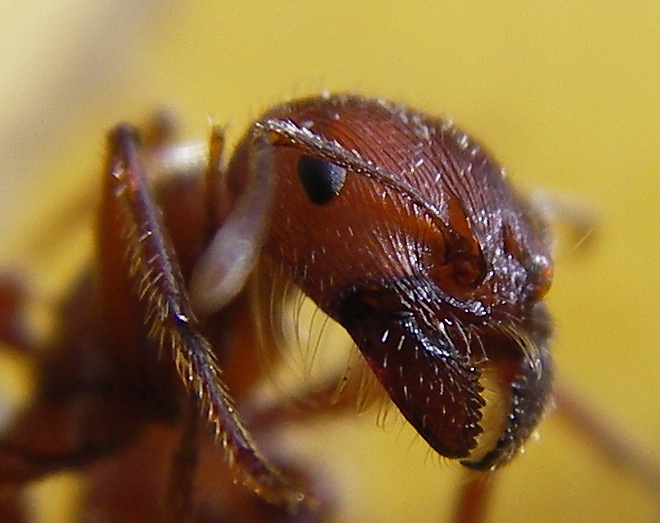 Biologist Deborah Gordon and computer scientist Balaji Prabhakar of Stanford University found harvester ants use a system to control the rate of sending out ant foragers that works in the same way internet protocols control data transfer on the Internet.

Internet protocol in the wild: the harvester ant

Gordon has been studying harvester ants, Pogonomyrmex barbatus, which forage for seeds. She noted the ants had a system where the rate of sending out foragers corresponds well with the availability of food. Ants leave the nest individually and return to the nest when they collect a seed. If the ants return soon with seeds to the nest, then more foragers go out. However, if foragers are slow to return, or start returning without seeds, fewer foragers leave the nest. 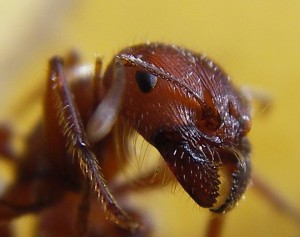 Prabhakar noted that this control system is similar to the way the Internet protocol called Transmission Control Protocol (TCP) works to control the movement of data over the Internet. When a file is sent from one place to another over the Internet it is broken up into small sections or packets. When the destination site for the file receives a packet, it sends an acknowledgment to the source. If the acknowledgments arrive quickly back at the source site, this indicates there is enough bandwidth to transmit more, and the source site can increase the rate of sending the packets. If acknowledgments slow down, this indicates congestion so fewer packets are sent. This feedback loop helps avoid congestion on the Internet.

To confirm the similarity of these two control systems Prabhaker wrote a math formula, or algorithm, to predict foraging behaviour depending on availability of food. Gordon then ran experiments with ants that manipulated the rate of forager return. They found the TCP-inspired algorithm almost exactly matched the ant behaviour found in Gordon’s experiments. They even found the forager control system matched two other features of TCP. One is known as “slow start” where a source sends out a large number of packets in order to assess the available bandwidth. In the same way, ants start their foraging by sending out a lot of individuals and then increasing or decreasing the sending out rate according to the rate of returning foragers. If the ant foragers are prevented from returning to the nest for more than 20 minutes, no more are sent out. This is similar to the “time out” function of TCP when a file source ceases transmission if a data link is broken so no acknowledgements come back. The researchers have nicknamed the ant colony’s control system the “Anternet.”

Bjorn Carey, who reported this for Science Daily, went on to imply that the ant evolved this mechanism over millions of years. We know very well that no computer or random chance process wrote the TCP Internet protocol. Neither did the ant evolve it. Internet protocols for data transfer work because computer scientists outside the system both created and applied them. Likewise, the ants’ foraging control system shows the same design evidence of being applied to the ants by the algorithm’s Creator, God. Consider: a computer scientist needed to write the algorithm, based on the Internet protocol, which his colleague applied experimentally to the ants to achieve the same results ants achieve in the wild. That alone proves design beyond any doubt.

Go to the ant, thou sluggard; consider her ways, and be wise: Which having no guide, overseer, or ruler, Provideth her meat in the summer, and gathereth her food in the harvest. [Proverbs 6:6-8]

For the invisible things of him from the creation of the world are clearly seen, being understood by the things that are made, even his eternal power and Godhead; so that they are without excuse. [Romans 1:20]

Science — does it confirm or contradict the Bible?

Evolution: Lucy, you got some ‘splainin’ to do