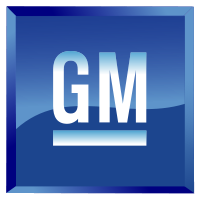 General Motors’ request that the government get out of their business has caused quite a bit of chatter among the talking heads. If you listen to the plethora of supposed news outlets you will hear a plethora of opinions on how this will affect General Motors. The problem is that it has already affected General Motors.

The last person any sane business should want as a partner is the federal government. Their expertise is primarily in overspending and bad ideas. In the short run, General Motors got a multi-billion dollar bailout and was able to avoid bankruptcy. But the “deal” came with a substantial amount of strings attached. Of course the government justified this by saying it would save jobs. One of the ways it saved jobs for General Motors employees was by stipulating that General Motors had to cut employment from 96,000 to 45,000 by 2012. Only in Obama land does the loss of 51,000 jobs translate into saving jobs. Nevertheless, Mr. Obama has managed to convince the still employed at General Motors that he is a job saver and worthy of re-election.

Unfortunately, General Motors, once a bastion of free enterprise and the largest corporation in the world, has earned the nickname “Government Motors.” The sour public relations and resulting lost revenue this “deal” has cost General Motors cannot be overstated. General Motors also found that it had something more than a silent partner when the “deal” required them to fast-track energy-efficient vehicles – otherwise known as The Volt. The Volt may have put a smile on Mr. Obama’s face but it was an embarrassment for General Motors, who only sold 6000 the first year of production.

The Volt was more of a disaster for the government than General Motors. According to James Hohman, Assistant Director of Fiscal Policies at the Mackinac Center for Public Policy, the government financed this debacle to the tune of $3,000,000,000, costing the taxpayers from $50,000 to $250,000 per vehicle, depending on varying circumstances. By comparison, the Volt was a huge success compared to the Fisker fiasco. The green energy loan of $529,000,000 was made by the government to Fisker, a car manufacturer in Finland. By February of this year, when it learned that the cars being produced were fire hazards, the government froze the loan but not until Fisker collected $200,000,000 of American taxpayer dollars.

Bankruptcy would have worked better

While the word “bankruptcy” strikes fear in most honorable and financially responsible Americans, it may have been the best course of action for General Motors. The reasons for General Motors’s financial crisis were complex and there were many contributing factors, but one of the most strangling was its union contracts. Filing to reorganize under the bankruptcy laws would have allowed General Motors to renegotiate these contracts. Instead, it chose to take the easy way out and settled for a Faustian deal that may yield the final death-blow to the struggling corporation. In a country that is becoming more like Greece every day, one should beware of feds bearing gifts. In the case of General Motors, getting rid of a bad business partner may be the start of raising the profit margin but one can only hope it isn’t too little too late.

“General Motors’s financial crisis were complex and there were many contributing factors, but one of the most strangling was its union contracts.”

No, the most strangling was its insistence on building rubbish cars with outdated technology.

Before you ask, there is a very strong union presence at BMW; in fact they even have seats on the board. The simple fact is that GM went broke because they can’t make good cars. The comparison above shows just how inferior even a so-called “premium” brand like Cadillac is compared to the competition.