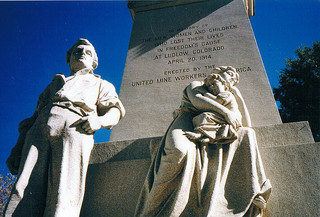 So, when did it happen? When did organizations that were developed to protect workers become organizations that oppress workers? Once the good guys in the labor force, unions have become “give-me-your-money-(union dues)-or-else” guys.

Unions then and now 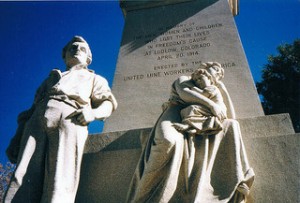 The Ludlow Massacre Memorial, a tribute to unions as the champions of liberty they once were. Photo: Beverly & Pack (Flickr), CC BY 2.0 Generic License

No one can deny that at the turn of the 20th century in America workers were abused by management; enter the unions who protected the workers. In the 21st century, workers are being persecuted again but this time from the union thugs who are supposed to be protecting them from management instead of management. In reality, they are not much different from organized crime protection goons who promise protection on one hand and deliver oppression on the other.

Unions may argue that they have a constitutional right to exert their power. But what they are doing flies in the face of liberty. Very simply, workers should have a right to join a union if they wish. They also should have a right not to join if they wish. It’s a matter of liberty of conscience, a principle clearly protected in our Constitution. Not only are the strong-arming techniques of the union bosses offensive, they are downright immoral. Unfortunately, the union bosses amassed a great deal of power in the act of “protecting”, personifying Lord Acton’s axiom that absolute power corrupts absolutely.

Unions and government – two of a kind

The pages of history bulge with altruistic movements that turn monstrous and I fear that the road our government is traveling will lead to the same monstrous end that unions have reached. We are seeing the repercussions of good promises going bad right before our very eyes but few make the connection. It is arguable whether it was Gerald Ford or Thomas Jefferson who said:

Whatever happened to liberty of conscience in this country? Whatever happened to the right to work and spend your money as you deem appropriate? Whatever happened to the American Dream? Unfortunately it is being replaced by Utopians who dream a good dream only to see it turn into an all-consuming nightmare. Those of us living in the real world understand that Utopia doesn’t exist. We also understand that those who promise it tend to reside under rocks. Union bosses, totalitarian dictators, organized crime goons and school yard bullies have much in common. They are obsessed with power. And their obsession, if realized, will always result in oppression and depression for those who succumb.