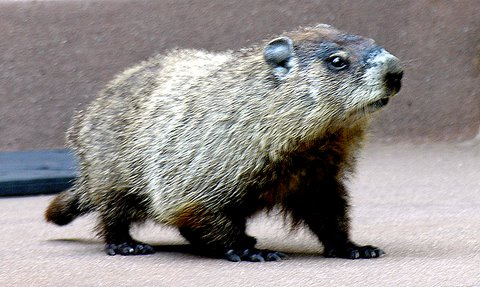 February 2nd in Pennsylvania has traditionally drawn attention to America’s favorite groundhog, Punxsutawney Phil. February 2nd also marks the beginning of the annual Pennsylvania Eastern Sports and Outdoor Show, which is held in Harrisburg and presented by Reed Expositions. This year’s Expo will not happen. Reed has been forced to cancel the event after it received harsh criticism from the gun world for banning AR-style Rifles – or so that is what is being reported. However, criticism is only half of the story. More than one-third of the exhibitors decided to boycott the show. For many of the exhibitors, such a boycott came at quite a price.

An exhibitor speaks against the gun ban

Eastern Chapter of the Wild Sheep Foundation was one of the exhibitors that found themselves in an untenable situation – a choice between their profit margin and their integrity. In an admirable display of the true American spirit, the company issued this statement:

The Board of Directors of the Eastern Chapter of the Wild Sheep Foundation has decided to withdraw from the Eastern Sports Show due to their policy change regarding “Modern Guns.”

We feel that Reed Expositions has done more to fracture the hunting and outdoor community than any anti-hunting or anti-gun group could ever hope to accomplish. Their actions have forced many small business owners, conservation organizations and sportsmen and sportswomen, who rely on the Eastern Sports Show for a significant portion of their annual income, to decide between what is good for their business and what is right. We chose to do what is right and will stand with those who choose to protect the Second Amendment regardless of the financial implications. 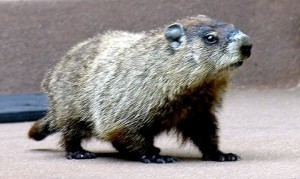 On the other side of the coin, the spinmeisters at Reed Expositions issued the following statement:

Reed Exhibitions has decided to postpone, for now, the Eastern Sports and Outdoor Show given the controversy surrounding its decision to limit the sale or display of modern sporting rifles (also called ARs) at the event. The show was scheduled to take place February 2-10 in Harrisburg, PA.

“Our original decision not to include certain products in the Eastern Sports and Outdoor Show this year was made in order to preserve the event’s historical focus on the hunting and fishing traditions enjoyed by American families,” said Chet Burchett, Reed Exhibitions President for the Americas. “In the current climate, we felt that the presence of MSRs would distract from the theme of hunting and fishing, disrupting the broader experience of our guests. This was intended simply as a product decision, of the type event organizers need to make every day.

“It has become very clear to us after speaking with our customers that the event could not be held because the atmosphere of this year’s show would not be conducive to an event that is designed to provide family enjoyment. It is unfortunate that in the current emotionally charged atmosphere this celebratory event has become overshadowed by a decision that directly affected a small percentage of more than 1,000 exhibits showcasing products and services for those interested in hunting and fishing.

“ESS has long been proud to participate in the preservation and promotion of hunting and fishing traditions, and we hope that as the national debate clarifies, we will have an opportunity to consider rescheduling the event when the time is right to focus on the themes it celebrates.”

Conservative News and Views applauds the actions of the Eastern Chapter of the Wild Sheep Foundation and all the exhibitors who placed principle above profits. They are among America’s true heroes.

Seems right to me and the mealy mouth response from the PESOS was pretty pathetic. I’m tired of seeing entity after entity bow and scrape to the liberal bullies that are constantly whining and protesting about our God given rights and the way that REAL people feel. They need to crawl into those cesspools they created in the big cities and stay there. We don’t need them…..they need us. We work for a living.

Choices are rapidly coming upon all, and unless we have a true foundation of beliefs based on facts, we are sunk.

we need to implement some serious steps or pay the price. We need to establish all of our local areas as “Liberty Zones,” (libertyzone.org) and set up a “County Guard” (thecountyguard.org) for supporting each other and our constitutional sheriff. (http://constitutionalsheriffs.ning.com/?xg_source=msg_mes_network). We then need to support CSPOA.org (Sheriff Richard Mack) and Oath Keepers.org and their contacts into law enforcement and asking them to keep their oath of office. There are some very simple steps we need to take to stop this madness, and it should include filing criminal suit against the traitors who are violating their oath of office, and committing treason against our constitution under Title 18 U.S.C., and also filing civil suits under title 42 U.S.C. against them for violating our constitutional rights. The solution is actually easy if we join together as is happening across our republic. Get moving and pass this on…