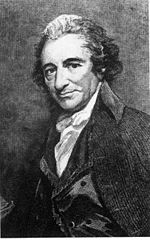 Although many know me for my activism, I didn’t vote until I was 40 years old. Right now, that seems hard to believe – even for me. I grew up in a world where everything seemed to be going as it should. God was in His heaven, and We the People elected people we could trust. At least that’s what I thought. Now I know I was wrong.

It wasn’t until the Clinton Administration that I woke up out of my self-induced euphoria and noticed that what was right was being tainted by politicians who seemed to be out of touch with reality. Actually, it was worse than that. Not only were many out of touch, but those that knew better were playing this strange game called “playing-along-to-get-along.” When Conservatives were in the majority, they bent over backwards and compromised ad nauseum to have those on the other side of the isle like them. Making friends and appearing to be fair and balanced seemed more important than doing the people’s work. Somehow they managed to convince themselves that this was in the people’s best interest. Now that they are in the minority, they tell us we don’t understand what it’s like to be the minority party.

Unfortunately, they are the ones that don’t understand. They don’t understand that leadership is defined as the ability to guide, direct, or influence people. Instead of leaders, the people’s house became filled with self-aggrandizing people pleasers who ruled their lives by what the polls said instead of what they knew to be right. If any of them were true leaders, some opposition in the people’s house would be influenced by their arguments. Moreover, they failed to understand in a Democracy the mob rules and true democracies evolve into anarchy before totally dissolving. Most of all, they failed to understand that they were elected to lead and that if no-one is following you, you’re not leading.

Who is leading whom?

Thomas Paine once said, “Lead, follow, or get out of the way.” These mediocre legislators can’t seem to do any of those three things. If they can’t make a difference by leading, the most noble thing they could do is get out of the way and let someone else give it a shot. But their egos will not permit that, so they cling to their power base and do their best to squash any competition that might threaten their office. What is good for the country never crosses their minds. They think they are good for the country, despite the obvious social and economic decline that is obvious to all. Worse, We the People allow this to continue. We buy into their little game and believe that if we only can get past this next election, things will get better. It hasn’t and it won’t.

Who is leading whom? I wish I could take credit for coining these words. I can’t. Back in the 1990s a now deceased pastor seared those words into my soul. He had a follow up question: “Is the church leading the world or is the world leading the church?” Those two questions sum up our problems in America today. We have an absence of true leaders and the church is following the world.

How to change it

Can this be changed? ABSOLUTELY!!! We the People can make sure we have better choices on Election Day by supporting potential leaders during the primary process or electing Independents. We can stop accepting the “play-along-to-get-along” crowd’s next in line empty suit and start exercising our right to choose those whom we believe will act in our best interest. We can encourage – no, we can insist – that our churches speak boldly for the cause of liberty, understanding that liberty is a gift from God (2 Cor.3:17b) And we can take our kids out of government-run schools that are indoctrinating and eroticizing instead of educating them. We can teach people to ask for a hand up instead of a hand out, and above all – we can make sure that God is not only living in Heaven but that He is living in America too.

Who is leading whom? Right now – no one.

Why do you believe what Obama says?