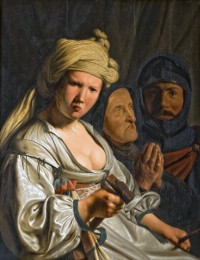 Well-informed conservative Americans have little doubt that the land of the free and the home of the brave is in trouble. Among these, many have poured themselves out (including this author) trying to shout proper warnings from every venue available. There are times when these conservative activists have been met with open ears, other times they are met with indifference, and worse, they are also met with scorn by those who should be joining in the battle. Much of this head-in-the-sand-syndrome is attributable to busy lifestyles and some of it is attributable to lack of knowledge and the desire to stay that way. Regardless of the reasons, the influence of our present day patriot warriors has not been what it should. The unfortunate truth is that the liberals have continued to roll over us, bringing us two steps backward for every step forward we take. A group of women in New Jersey have realized that in order to “change” the direction this country is headed, change must occur at the heart level and not the political level. As a result, the Women of Faith in Action tour was born.

Women of Faith in Action: the mission

The mission of the Women of Faith in Action is to go into the churches and meet people where they are at through educating them about what is happening in the world outside of their safe havens – especially in the world of their children. These women realize that if this country is to be saved, it is God who will do the saving – and He will do it through His children.

The purpose of this post is not to report to you about what is happening in New Jersey; it is to inspire you to join with women of faith in your sphere of influence and to reproduce what we are doing in New Jersey. This very well could be termed “the Deborah Movement of the New Millennia” as women of faith join together with God to do with what needs to be done to save America and save our families.

While these may be the times that try men’s souls, they are also the times that have produced women that are passionate about preserving the blessings of liberty for their children and yours. If you are concerned about the changes you see that are eroding the values that made America great, don’t sit home and complain, rise up and do something about it. Their four-part series has been designed to inform, challenge, inspire and lead others on the path to restoring the traditional values that protect our right to life, liberty, and the pursuit of happiness. These women are wives, mothers, and political activists who have been fighting the good fight and understand what it will take to win the battle for the soul of America.

Their program is broken down into a four-part series that can be presented over two nights or one Saturday.

Session #1 discusses a our Christian history and the catalysts that have sought to morph us into a nation of secular humanists, beginning with the 1954 Johnson Amendment, taking prayer out of school, and the myth of Separation of Church and State. All these government and court-sanctioned catalysts have had an impact on degrading our culture to the point where secularists call good “evil” and evil “good.” This session teaches the history and misrepresentations that have brought us to this point.

Session #2 is entitled Raising up Daniels and Danielles and discusses the subtle challenges for faith-based families and students that are promoted in government-run schools around the nation. The remarkable faith of the prophet Daniel to stand strong in Babylon is examined as well as the intellectual challenges that our children face in academia.

Session #3 discusses the U. S. Department of Education, which since its formation has devised systems that dumb down our children and transform them from patriotic American citizens into globalists. This session goes into detail about the latest atrocity, Common Core State Standards Initiative/Partnership for Assessment of Readiness for College and Careers, (Common Core/PARCC), which is being implemented into the majority of States in the Union. This program usurps parental rights and local control; violates the Constitution and federal laws; ignores student privacy; and bankrupts us in the process.  All parents and educators need to be informed about this untested and potentially disastrous program before our children pay a price that may enslave them by dumbing them down and encouraging illusions of entitlements.

Session #4 Will begin with a discussion about the unimaginable SIECUS programs that were originally masked as Family Life Curricula and designed by none other than Planned Parenthood and will conclude with a blueprint for restoring traditional values in today’s culture in a practical manner . The crowning glory of the four-part session ends with a blueprint about how you can help to free our children from the bondage of government-run education and restore the traditional values that made America great.

All-in-all, these sessions can be easily duplicated and presented around the country and ill-informed citizens can easily be transformed into well-informed voters. The Bible says, “My people are destroyed for lack of knowledge.” (Hosea 4:6) For those who have knowledge, the calling is clear: share what you have or bear the guilt. Ezekiel 33:6 says: “But if a watchman (or watchwoman) sees the sword coming and does not blow the trumpet, and the people are not warned, and the sword comes and takes any person from them, he is taken away in his iniquity; but his blood I will require at the watchman’s hand.” Therefore, in closing I will ask: are you one of God’s watchman? And if so, on Judgment Day will the blood of the ill-informed be on your hands?