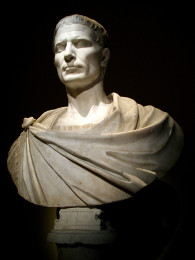 Our Constitution was not written in the sands to be washed away by each wave of new judges blown in by each successive political wind. Or entertainers, either.

For those who did not know the severity of that which is taking place in their country on a daily basis concerning some of the immoral, anti-constitutional and anti-American decisions coming down from the judges that have turned “judgment to wormwood, and leave off righteousness in the earth” (Amos 5:7), you might want to consider that they themselves are to be ruled by the laws of our constitutional republic – just like the people they are to serve with “equality” which is “under law,” not to be based on contrived opinions.

Remember what John Adams, the second president of the United States, said while making an open declaration:

Our Constitution is made for a moral and a religious (under the umbrella of Christianity) people, it is wholly inadequate to the government of any other.

The talking-head conservatives of the day are responsible for diverting their listeners’ attention from America’s founding documents and neglecting to make any reference to the laws of our republic. Instead they are using today’s serious issues as an entertaining topic of debate, all the while painting America into a corner. These entertainers say much without any substantive content to preserve America’s blood-bought liberties while implying that somehow the federal government, including the Supreme Court, has some immunity through executive, legislative or judicial powers to break the laws they have sworn to uphold. They fail to tell the American public that any law that is contrary to the Constitution is null and void – it is pretended legislation.

While much of America will proclaim their love for this country by stating that they love her so much they would die for her, I would simply submit to my readers: Do you love your country enough to live for her?

Julius Caesar said that if you give people a piece of bread and a spectacle, you can do whatever you want with them.

Rome versus America: when nations die

When the righteous stand