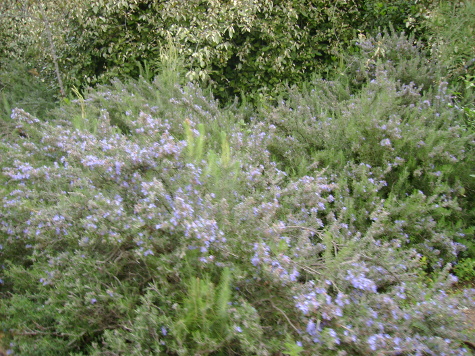 Every story she comes up with has a lie!

Last week, we were told of another self-inflicted hate crime: lesbian Dayna Morales, 22, the New Jersey waitress accused of lying about receiving an insulting note instead of a tip because she is gay. According to coworker Julie Howat, Morales has a “long history of lying” and is always in need of “sympathy and empathy.”

In addition to lying about receiving gay insults on a recent receipt, Dayna Morales is also accused of lying about her military service, falsely telling friends that she had brain cancer and that her home was severely damaged by super storm Sandy.

“Every story she comes up with has a lie,” Howat told the Journal News. “Any tragedy that happened, she had to be a part of it. She needed sympathy and empathy.” A former classmate of Morales’ told the newspaper that you “can’t believe much of what she says.”

Morales allegedly also told friends that she somehow managed to survive an explosion that killed her entire platoon in Afghanistan. A U.S. Marines spokesman confirmed that the waitress served in the Marine Corps Reserve until May 2013, but there was “no indication of combat service in Iraq or Afghanistan.” Morales failed to “fulfill her reserve obligation,” the spokesman said. The explosion left her with back injuries that required surgery and a couple of months to recover, Larkin said Morales told her employer. But during her time off, Morales posted photos of herself on Facebook enjoying a trip to Florida with a girlfriend, they said. 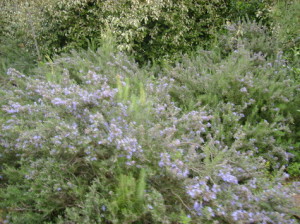 From the Garden of the Righteous, just outside the Children’s Memorial at Yad VaShem, south of Jerusalem. Photo: CNAV

Floyd Elliott of Independence, Mo., told police that two subjects attacked him in the parking lot of his apartment complex. He said the attackers cut him in the stomach, branded him with a hot knife and attempted to carve the word “fag” on his forehead. Investigators were suspicious about the report because the head carving was backward, as if done while looking into a mirror. Later, Elliott admitted to police that the injuries were self-inflicted. Can you say that Elliott “stepped in it?”

Considering that all crime is motivated by hate, oftentimes you have to examine the allegations of the supposed “hate crime” to make the distinction as to whom is doing the hating.

It seems today that more often than not those that are decrying hate are the ones that are actually perpetuating it. They intend, through deceptive measures, to create monsters out of those who don’t agree with their lifestyles or political agendas and revert back to their carnal nature for distorted guidance. This way, in the end, they can become the victim. Guilty as self-inflicted.


What happens when law enforcement looks a little deeper into their surfaced allegations to find out that the alleged “victims” were actually the ones contriving and fabricating the crimes?

Let’s take a look into the minds of the distorted to see how far they are willing to go to further their agendas:

There is the infamous contrived hate crime of Kerri Dunn at Claremont McKenna College. Dunn was scheduled to speak at a campus forum on racism. She shocked the audience by telling them that she had been the victim of a hate crime that very day. How convenient. Or was it?

Her car had been vandalized, its windows smashed, tires slashed. Profane, anti-Semitic graffiti covered the wreckage. The problem with her story was that two students saw her commit the crime herself. Dunn lost her job and also went to prison for lying to federal investigators and for insurance fraud. (She had claimed that $1,700 worth of items, including a laptop computer, had been stolen by the hate-crime bogeyman. These items were later found in a closet in Dunn’s home.) Oh, and by the way, she wasn’t even Jewish.

In Douglas County, Colo., a lesbian couple called the police after they allegedly found the words, “Kill the Gay,” scrawled in red across their garage and a noose hanging from their front door. Perhaps the women didn’t anticipate how seriously the issue would be treated, because, nearly eight months later, with the full force of the FBI involved, authorities stated the women themselves were responsible for these acts. They were charged with both criminal mischief and false reporting. One of the women, Aimee Whitchurch, faced an additional charge of forgery. They both pleaded guilty to the charges.

And the judges shall make diligent inquisition: and, behold, if the witness be a false witness, and hath testified falsely against his brother; Then shall ye do unto him, as he had thought to have done unto his brother: so shalt thou put the evil away from among you.

When people are held accountable for the crimes they themselves have contrived, then and only then will they fear to do it again. Justice is the guardian of liberty.

So, America, guard your liberty by bringing forth justice.

What the socialist media are afraid of:

What the socialist media is afraid of:


Think the Trayvon Martin/Zimmerman case was bad? You should see what MSNBC and Rachel Maddow did to Bradlee Dean.Help in his lawsuit against them. Stand for America and get your free gift.

Mr. Speaker, we are not laughing

[…] Here We Go Again! Self-inflicted hate Go to this article […]