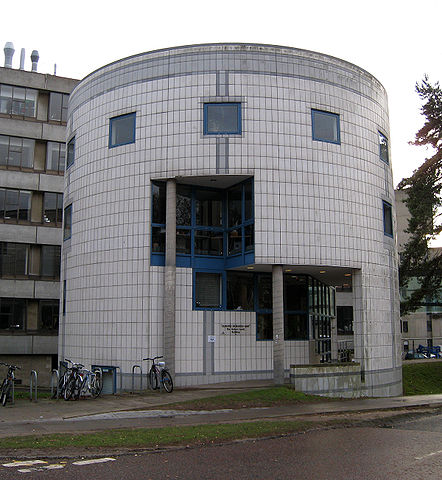 All right. It’s time to admit it.  I’m a cynic.  You will have to excuse me for not accepting, without proof, anything people or groups preach without seeing some facts.   Especially if a particular group has an agenda aimed at confiscation and distribution of property they don’t own or have any right to. And that includes the so-called “polar vortex.”
Having a business background in engineering, architecture, mathematics and software design, I may tend to require a bit more, shall we call it, tangible proof, than the average Joe.  So when I’m told that my activity is causing the end of the earth and man’s existence thereon, you might say that I’m not willing to be herded into some theoretical vortex, without hard and tangible facts.

Despite having to deal with so much the leftists and progressives are relentlessly assaulting us with, I have spent the last several months acquiring data, analyzing it and as we say in mathematics, running the numbers.  Nothing one could do or say so clearly unveils preposterous claims as taking those claims to a final product and then examining them.

The information we will present here is accurate and has been checked and rechecked.  All of our calculations will be made available to anyone who requests them, but it is highly doubtful anyone from Al Gore’s circles will want to be anywhere near this article.  For certain many of the calculations we did, would pretty much bore the furry pants off a polar bear, but I will try to present them in an interesting way that should keep you fascinated while providing you with facts for that crazy liberal uncle.  (Don’t deny it, we all have a crazy lib somewhere in the family.)

Before we get into numbers, percentages, sea levels and carbon dioxide properties, it seems prudent to share (share, what a nice word!) with you some interesting facts and some of the many misrepresentations we discovered the global warming hoaxsters have been using for many years.  Long before they discovered their new favorite word, vortex.

The polar bear and the ice shelf

How many of us and our children have seen the pictures of the forlorn and desperate, cuddly polar bear stranded on an iceberg not much larger than a lily pad, starving to death and hopelessly floating out to sea?  The phony story line for that is, because you drive an SUV all the land ice has disappeared and the polar bear is clinging to the last known piece of solid footing.

The truth about that polar bear and all polar bears is that aside from whales and dolphins, they are the most proficient swimmers in the mammal world.  In fact they spend more time in the water than do seals, walruses or even penguins.  Polar bears have been known to swim over 600 miles.  Its more likely that the polar bear in that picture was on that ice flow because it was fun.  And, distinctly opposite from what the global warming scammers have reported, the polar bear population has never been larger than it is today.

Glaciers do what gravity demands

The other pictures we are shown are those where the ice from the polar caps is dropping into the sea.  We are told that the rate of this loss is so alarming that in several years all this ice will have melted and raised the sea levels which will put homes in Kansas under water. All that needs to be done to keep this hoax going is for you to forget all the prior ominous predictions which have come and gone and just tremble over the new ones.

The Sierra Club which has made some of these videos and pictures available have refused to release information on where or when they where taken.  We found out why.  They were taken of glaciers which have not melted into the sea but have reached the sea.  All glaciers, whether it’s cold or warm slide their way to sea level.  It’s sort of what they do.  Its called gravity, not global warming.  Here’s how it works.  Over the centuries, snow builds and compacts in the higher elevations of the polar regions.  The snow packs and as it gets deeper it becomes more dense and massively heavy.  They become formations called glaciers.

Because these glaciers are as much as two or three miles above sea level, after they become large enough and heavy enough, they start moving downward towards the sea.  The move is slow, relentless and unstoppable.  There are several massively huge glaciers and many smaller ones, which at all times, all seasons and all temperatures, are heading down the mountain.  And when they get to the sea what happens? They break off, fall in, and float away.  A polar bear may even find one for that rare photo op.

The bottom line? Glaciers move downward toward the sea, regardless of how often you exhale CO2.  Mass, weight and gravity move them. Nothing else.

Teaching your children the evils of carbon dioxide

During our research we found that social scientists are teaching your kids that carbon dioxide is a toxin and is killing fish and wildlife and destroying the earth.   One experiment we found them using is so blatantly illogical it’s hard to imagine even those ideologues would have the nerve to teach it.  But they do.

Here it is.  They put 100% pure oxygen in one sealed container and put 40% carbon dioxide and 60% oxygen in another.  They heat both containers and monitor how long it takes each to cool down once the heat source is removed.  Carbon dioxide which is much denser than oxygen will cool more slowly.   Of course if they had of heated cream cheese in another container it would have cooled even slower.  This so called “teaching aide” fails to inform the children that carbon dioxide in the air is .004% and about 10,000 times less than in the experiment.   It also ignores their main premise and that is, that CO2, a greenhouse gas, blocks heat from escaping the earth, not warming it as a heated campfire rock would do in your sleeping bag.

To complete the absurdity of this propaganda its important to know the reason CO2 was selected as the producer of global warming.   It is actually the only gas or bi-product of living, breathing and industry that can’t be controlled.  Just plain carbon or carbon and chemical bi-products would not serve the purpose. They can be controlled.  A clean and cooler environment is not the objective. Confiscating your money is.

Drowning polar bears, sliding glaciers and moronic science class propaganda are the only criteria in which the fools of this world have allowed themselves to me used and misled by leftists, communists and thieves.   You may find yourself in a discussion with a caring and concerned citizen environmentalist who may offer one or more of these items as proof, man is heating up the world.

After you explain to them the reality of gravity and polar bear aquatics, and just before they start calling you names and describing what they think of your ancestry, you might try giving them a few of the facts we listed below and see what type of response you get. This is said, more or less tongue in cheek, because we all know actual facts tend to provoke even more turpitude from the “true believers”.

As you review or print out the data we have researched and the calculations we have provided below, keep in mind that not one, as in none, of the doomsday prognostications have come anywhere near reality.  In fact in almost every case, results are so erroneous its almost comical.  A case in point, as the hoax of all hoaxes is unraveling right under their elitist noses, in a last ditch effort to keep their money grubbing hands in our pockets, the New Polar Vortex, the savior of stupidity,  seems to have appeared right out of Gene Roddenberry’s Star Trek.

All you Trekkies out there will remember how the series used a combination of two or three technical words to form terms which in turn made the impossible seem plausible.  It was a cute little trick.  As in “Captain, the gravitational vortex is collapsing, I cannae hold her much longer!”  or “Scotty, can you increase the time warp vortex long enough for the nexus plasma to stabilize?'”

Speaking of holding something together, the inventors of the fabricated “hockey stick” theory have degenerated into continuing their failed charlatanism using terms Mr. Spock would be proud of.   If you haven’t heard, according to these wizards of smarts, the world is suffering from extreme cold because man made global warming has created, heaven help us, the polar vortex.

Try to stay with us on this, the oceans have so heated up that they are sending huge amounts of globally warmed air and water currents up the north pole which forces all the below freezing arctic temperatures down the center of the continent.  And prest-o/change-o, you have warming causing freezing.  Its so simple. All you need is that Polar Vortex thing.   Oh yea, and another thing you would need, freezing arctic temperatures that these clowns said would be gone by 2014.   I guess if you are a leftist idiot, hell bent on continuing your scam, you can have it both ways.

This article continues as Part 2

[…] link I included above (see also here and here) provides for you and anyone who dares evaluate it, absolute proof that man-made global […]