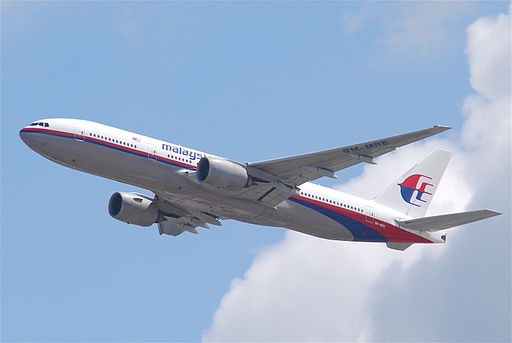 Before we get into the nuts and bolts of this article it is important to understand that we are not instigating or supporting yet another “conspiracy theory”.  The blogs and social media are rife with speculation, fear and concerns about the way governments of the world manipulate, obfuscate and out and out lie to the people.  There is of course good reason for this apprehension.

Continuing on with this reflection, one needs to ask what is it that we know about that missing airliner. The unfortunate and honest answer is that we only know that the information we have been given thus far has changed over and over and the logic behind any of their profanations of fact, is anything but logical.

As the many countries involved in “this search”, which some may deem “this cover up”, expend millions of dollars searching the unsearchable, TPATH has decided to lay out what we know and what we are told we know.

Enough time has passed, just over 30 days now, since the ill fated Malaysian Flight 370 went missing. During that time only ObamaCare has been changed more often than government issued information.

The theories list is made up of the various speculations, lies and manipulations which have been presented to the people through government spokesmen, flaky bloggers and conspiracy theoreticians.

The facts list is made up of only math, science and technical information. Then a comparison of the entire package will point to only one possible conclusion.

There are of course several other theories and for sure other pertinent facts that have not been listed here.

Tomorrow the plane’s debris my be discovered where they are telling us it crashed. But having been well earned, cynicism abounds and at this point it would be very difficult for anyone to believe anything that is said to be found 14,000 feet under the surface of the Indian Ocean.

So there you have it. You can let logic, history and common sense guide you to a sound conclusion or you can decide that, this time, you are being told the truth.

Pope Francis and his fruits

Very good, Dwight. Conspiracy theories can be good to explore the possibilities, especially when compared to the facts (even if they are conspiracy facts).

And yet, logic can sometimes be lies, too. Forgiveness is not logical. But holding onto resentment is a lie, even though it is very logical. Only the Truth can set us free. Perfect responsibility through love allows us to rise above being victim of any evil, including this disaster, 9/11 or any other. With these things, even turning the other cheek becomes effortless.

Maybe not another, but my word, you certainly went hell for leather at every other conspiracy theory 9especially the Muslim-bashing ones) under the sun. The only one you’ve left out was the ‘abducted by UFOs’ theory – probably because you can’t blame Muslims for that yet.

I look forward to a full retraction and apology when then find the wreckage and the black boxes.

oh wait… silly me… the contents of the boxes will totally be faked.

It’s looking like a mighty big “if.” Let’s see whether anyone finds those boxes.

The plane is at the bottom of the sea, and all the passengers and crew are dead. End of story.

Then why have some officials involved in the search now started to wonder whether that aircraft was ever in the drink?