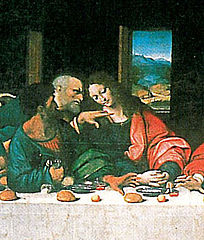 The border crisis has created an anomaly in my thought process. I find myself in the peculiar and rare position of agreeing with Mr. Obama: a humanitarian crisis does exist at our southern border. In truth, I find it hard to look at the faces of all those young children and not feel compassion for their plight. It is the opinion of this writer that they are innocent victims being used to further blur the borders of these United States, thereby creating crisis of all kinds and manners for the purpose of ____well, I’ll leave it to the reader’s discretion to fill in the blank. Of course not all of those crossing illegally are children, some are gang members and it is also assumed that many may be Al Qaeda or other terrorist group members seizing the opportunity to enter the country easily and without documentation.

While my heart may be wrenched for the innocent victims of this politically created crisis, my intellect reminds me that charity is a noble Christian directive but responsibility for all the poor in the world is not – nor is compassion for the poor being used by despots something new under the sun. In the Gospel of John (12:1-8), we are told that Judas Iscariot berated Jesus for allowing Mary to anoint his feet with a costly perfume. There are two lessons to be learned from this passage. Judas’ argument was that the perfume could be sold and the money given to the poor. The passage goes on to tell us that Judas, the treasurer for Jesus and His Apostles, didn’t have any intentions of giving the money to the poor. He wanted it for himself. But that is not the end of the account. It concludes with a very odd statement from Christ. In the passage, Christ does not feel guilty about Mary using the perfume on Him, and he goes on to say that “the poor you will have with you always” (John 12:8).

The Judas factor in American politics 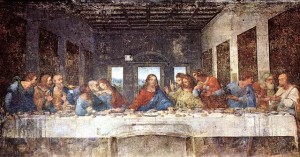 A number of years ago, I heard a sermon based on the premises that although we understand that the devil uses our weaknesses against us (which he does), we fail to understand that the devil will often and very effectively use our strengths against us as well. Unfortunately, an argument can be made that this is exactly what is happening with the border crisis. America is perhaps the most compassionate country in the world – or perhaps the most compassionate country that ever existed. America is always the first to be there with support in any humanitarian crisis. But this time our compassion may be the very thing that is being used against us to bring in all manner of threats and absurdities into our country. Like Judas before them, those politicians who profess passion for the plight of these children may be more likely concerned with their own self-interests rather than the plight of the children. They often forget that they were elected to protect our Constitution and Rule of Law; not protect their careers or solve the problems of the world. This ignoble group of representatives has managed to continue the disintegration of what was once a noble country reducing our Rule of Law into nothing more than a Rule of Their Personal Whims. Somewhere along the line, they have also managed to exchange the common sense most are born with for well-hidden personal ambitions that prey on the compassion of the American people. While BO may be the poster child for this fiasco, both major political parties have failed to deflect this tsunami out of fear of losing a few votes – that in and of itself makes them unqualified for the high calling of representing this country in any capacity.

Charity should be local, not governmental

To be clear, charity is noble. However, charity is also supposed to be dispensed on a personal or at least on a communal basis. In so doing, there is accountability. Local churches and neighbors know if their neighbors are truly in need or just gaming the system. Governments have no such knowledge. And while we are admonished to be charitable, we are not admonished to feel responsible for the poor of the entire world – that simply is foolish, impractical, and unrealistic.

Additionally, in our efforts to achieve what is foolish, impractical, and unrealistic, we have opened ourselves up to diseases, financial burdens, and the possibility of infiltrating terrorist plots. In that vein, I would be remiss for not mentioning that Bowe Bergdahl, a known Al Qaeda sympathizer and credibly alleged deserter, has been assigned to a base in San Antonio. For those that are unaware, the only base in San Antonio is Lackland Air Force base, where these illegals (whoever they may be) are first being detained. Aside from the illogical and ill-advised move to have Bergdahl assigned anywhere other than somewhere waiting to be court-martialed, it is of great concern that this terrorist sympathizer has been assigned to a base where terrorists may be stealthily entering the country. God help all of us if this proves to be another instance where the Teflon Traitor in Chief is once again revealed as the Teflon Traitor in Chief.

The border crisis raises many questions and concerns – all of them contributing to the inescapable awareness of the criminal incompetence of an out-of-control and self-serving government. At least Judas had the presence of mind to hang himself after he realized what he had done; however, we don’t have any reason to believe those in government have any such presence of mind or this border crisis would simply not exist. By comparison, Judas was far nobler than we can every hope them to be. As for this writer, I would be happy if the incompetents and traitors that occupy seats of authority in the people’s government would for once do something decent and just resign – starting at the top with the Teflon Traitor in Chief.

“it is also assumed that many may be Al Qaeda or other terrorist group members seizing the opportunity to enter the country easily and without documentation.”

Oh dear. You really don’t understand terrorism, do you? Al Qaeda members don’t care about entering the country without documentation because – this is the clever bit, okay? – THEY HAVE DOCUMENTATION.

Do you really think they wouldn’t blend in with that bunch, knowing how long our (de facto) President is going to let them stream in?

Yes. If you’re part of a sophisticated terrorist organisation like al Qaeda the very last thing you want to be is an illegal immigrant, especially in a society as paranoid and fear-stricken as the USA. It’s almost impossible to operate effectively in those circumstances.

And if you have a natural ally as the head of the government?

“And if you have a natural ally as the head of the government?”

That would be different, but it’s pointless and irrelevant speculation.