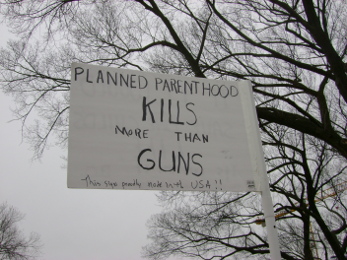 This past week there was another terrorist attack on American citizens.  The word terrorist is used because, no matter what this Cretan’s objective was or why he did what he did, this was plain and simple, terrorism.

The left, if you don’t already know this, actually relishes these mass killings if they are perpetrated by someone using a firearm.  They are still awaiting by the way, one of these events being executed by a Conservative.  The elation would hold no bounds if that were ever to happen. It would be like a thousand Christmases rolled into one wonderful incidence. (I didn’t use the word “Christmas” just to irritate the progressives, but all the better if it did.)

You say to yourself, no, that just can’t be true.  These gun control advocates are loving, caring people who only want to make America safe.  They care about every lost innocent soul.  Don’t they?

Not exactly!  But we will get into that in a few minutes.  First, why would we say such horrible things about the leftist gun grabbers?  How could this writer be so cold, so bold and accusative about people who just want to save innocent lives?  Why?  Basically, because it’s true.

And here is why 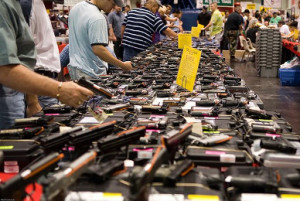 You see the left actually believes that every firearm killing of an innocent person, especially if that person were not yet an adult, will be another nail in the soon to be buried coffin of the Second Amendment.   If each of those nails were represented by a death, no problem, so be it.  They justify using those deaths by reminding themselves they did not do the killing, it happened, so why not use that tragedy as a tool?

Of course what is lost on them is, in every mass killing where they had a hand in creating an environment where there was no armed good guy around, while innocents were being killed, is very much their responsibility.  They will never admit that and they will never be held accountable but that does not cleanse them of the culpability.

However, what they think (hope) will happen with each new killing episode, is actually not happening.   The American people see, with each new atrocity, that those who have been entrusted with the responsibility of protecting them are not just incapable of doing so, but more importantly, are responsible for the growth of the three things which are the reasons for all mass killings.  That is terrorism,, racism and the proliferation of psychotropic drugs.

The intelligent people of this country understand that these killings are not their fault simply because they have a Second Amendment right.  They understand fully, that accountability lies with those who have infringed on those rights by placing your children in “Killing Zones” which they call “Gun Free Zones”.  They understand too, that every weapon not in the hands of a law abiding citizen is one less weapon that could be used to prevent or lessen another massacre.

So despite the yearnings of those gun control crackpots, additional atrocities will not aid their cause but in fact will re-enforce the people’s conviction that everyday the need protect themselves grows.

Let’s return to the idea that progressives care about innocent lives.  Particularly those of our precious young people.  (This excludes of course, those so young they still reside in the womb.)   In reality, none of those lives actually do matter to them.  The ideology of government control, which has been entrenched into their every fiber, is the only goal, whether they admit it to themselves or not.

So here is the proof.

Here are some facts, averaged to weekly values, we have compiled from many sources.  All of which can be verified with simple searches.  They are not difficult to find.

During this past week in which this latest psychopathic violence took the lives of 9 innocent students and adults, the following has taken place in America.

Where are the tears, where is the hand wringing, the 24 hour news coverage, the calls for banning automobiles, banning pharmaceuticals, banning the sale of dangerous substances and stricter controls on doctors, the eradication of street gangs?  It is of course, nowhere and you will never see it.  Why?  Because none of those deadly and dangerous things are deadly and dangerous to the political establishment’s control over the people.  It is as simple as that.  Because it is not logical to claim concern for a very small number of victims while ignoring huge numbers of others.  It makes no sense.

Nine people this week are being mourned, as they should be, while more than 60,000 others were dying and being injured during the same time period, with no anger, no feelings of despair, no contempt for the tools that have caused those many deaths.  If you were a compassionate liberal who simply cares for lost lives, should those lives hold any less value?  Well, we see they indeed do. In fact, much less.  As those lives can’t be used as a weapon to keep corrupt politicians and tyrannical governments feeling secure behind stone walls and barricaded offices. Unarmed citizens are the nutriment that feeds the beast of tyranny.

Gun control is all about control

Why do I keep returning back to this government control thing so often?  Well, because it’s accurate and it is the only reason upper level leftist politicians want you unarmed.  There can be absolutely no doubt, if it were not for this government constantly blaming the deaths of innocent people on guns and our Constitution, instead of the terrorists or crazies who are actually culpable, the people and even the news media in this country would dwell in equal apathy concerning firearm deaths, as they do any other cause.

Life and death are facts of existence.  No one can prevent all accidents, no one can prevent wrong decisions made during medical operations and no one can either foresee or prevent terrorists and psychopaths from setting out to kill us.  But what can be prevented, or shall I say infringed, is our right and our ability to protect ourselves from those attacks.  Think about it, if you headed up a terrorist group or an organized crime gang, wouldn’t you be huge supporter of Gun Control?  Criminals and terrorists and the government.  Quite a marriage of advocates, yes?

We need to remember, we can’t stop murderers from trying to kill us, but we can certainly stop them from completing their gruesome task.  Your government does not want that ability in your hands. It’s their protection they desire, not yours.

Then there is this, Senator Corey Booker, who by the way, was mayor of one of the most deadliest cities in this country, has claimed that, his words, “gun violence” kills 30 to 40 black youths each day.  Hey Booker!  It’s not gun violence that is killing these kids, its people violence.  The gun is just a tool, and Booker is just a fool.

Speaking of fools, Ian Mercer, the father of a dead monster, has just blamed the Republican Congress for not doing enough to stop his otherwise wonderful son from slaughtering people in Oregon.  Blaming guns instead of his nonexistent parenting, his failure to inform authorities that his son was a firearms owning nutcase, is the epitome of liberalism.  One justifiably might lay even further culpability on Mr. Mercer’s head.  Ian left his son’s African American mother for a white Christian women.  Could it be just a coincidence that that crazed racist killed white people and especially Christians?

One final thing, Mr. Mercer.  There are over 380 million people in this country and even more firearms.  Amongst all of them, just one human being, one spawned by you, slaughtered those people.  Not Congress, not the Second Amendment, not the weapons. One person, your over medicated, under parented, degenerate, racist son.

Presumably the author will be providing evidence that the murderer came from Crete?

The diminution of gun rights and the Second Amendment, more broadly, is the key to neutralizing the Constitution. The rest will fall virtually without incident.