This election cycle, and especially the Republican primary cycle, has proven to be thought-provoking, as well as revelatory.

Since Roe v. Wade, I have preferred pro-life candidates. In addition to finding the abortion process abhorrent, I believe that a candidate who doesn’t understand that government’s responsibility is to protect life doesn’t understand government’s proper role. It should be noted that three out of the last five presidents have been pro-life. Additionally, the Republican platform is pro-life as well as a good number of most of our Republican representatives. So, let me ask this: what good has it done? That’s a rhetorical question. The answer should be obvious. The failure of the Republican Party regarding its pro-life position, as well as in a plethora of areas contained within its platform, is stunning. During campaign season, most – if not all – Republican candidates profess to be constitutional conservatives. However, once they enter the halls of Congress, that conservatism is sacrificed on the altar of compromise – or worse. For many Republicans, compromise would be a virtue compared to their all-encompassing motivation of re-election that can only be underwritten by self-interest lobbyists. This has earned a large number of Republican representatives the label of RINO (Republican in Name Only). But many are worse. For them, campaign promises are nothing more than a means to an end – the end being re-election with we, their constituents, playing the part of their “useful idiots.”

As a result, a large number of Conservatives have abandoned the Party. If there is anything funny about this at all, it is that the elites truly don’t understand that a Party revolution is knocking at the door of their ivory towers. Apparently they are true believers in their self-proclaimed wisdom and refuse to bear any responsibility for the mass exodus. The extraordinary number of people attending the Trump rallies are a good indication that in spite of the Party’s best efforts, Americans are no longer willing to surrender their country to these established elitists that are only interested in feathering their own nests while ours go ravaged by entitlement vultures and special interests. The popularity of Mr. Trump, who the Party and its media arm have done their best to paint as crass and unqualified, is an enigma that can’t be controlled. While they coerced him into pledging loyalty to the Party’s nominee, ironically these same elitists have refused to pledge their loyalty to him, should he become the people’s choice for the Republican nominee. They can’t seem to understand why us serfs are standing behind a plain-talking street fighter instead of one of their well-financed, polished, sweet-talking cronies. As a result, they have declared war on their own front-runner, simply because they cannot control him. Cruz, playing the part of their head prosecutor has adopted the tactic of: everything he says can and will be held against him. Despite these efforts, the people realize that Trump may not always say the right thing, but he says a lot of the things most of us are saying within the privacy of our own homes.

Unfortunately, the bewildered are not confined to the ranks of the Republican elitists alone. There are many conservatives who have unfriended a large quantity of patriots who have fought beside them shoulder-to-shoulder. This group can’t fathom why so many of their former friends are supporting the flamboyant Mr. Trump. After all, they contend that we (conservative grassroots activists who have been fighting to preserve and restore our beloved Constitution) now have a candidate in Senator Cruz that supports our cause. Their passion for their candidate of choice is nothing short of hero worship – and they will not continue their friendship with other grassroots activists that don’t see what they see. Although they fiercely defend freedom of speech and thought, they are just as hypocritical as the left when confronted by a fellow conservative that doesn’t hold to their point of view. 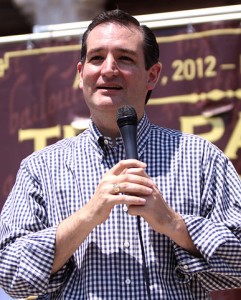 Unfortunately, they are not the only bewildered group that cannot understand why their dream candidate isn’t running circles around a so-called “populist.” Their passion is somewhat eclipsed by Christians who also believe that Senator Cruz is their answer to prayer, making him God’s choice above that of Mr. Trump. After all, Cruz is the son of a preacher who can talk the talk, and that alone makes him a true believer in their eyes. The difference between this group and the multitudes of Evangelical Christians that have refused to vote for the Senator, can be summed up in one word: trust. I won’t speak for all Evangelicals, but I will speak for myself. I do not trust Senator Cruz for several reasons:

So if my conservative FaceBook friends want to unfriend me based on the red flags I noted above, that’s their prerogative. I will miss them. However, my country comes first and right now Mr. Trump looks like the only candidate willing to buck the establishment elitists and fight for the America I love. Evidence of his allegiance to our country exists in the anger he instills among the globalists who have subjected us to NAFTA, CAFTA, and other such destructive treaties. While Trump wants to build a wall to protect our borders, the globalist opposition wants to tear down our borders through trade agreements and policies that negatively affect our economy. No wonder they hate him. If he is what he says he is, he has the potential to destroy decades of their clandestine agendas. Yes, he may be brash and he may not be our knight in shining amour, but at least there’s good reason to believe that he believes what he says and says what he believes. And for this Evangelical, who understands that no one is perfect, that’s a good enough reason to vote for The Donald. But perhaps the greatest contribution Trump will ever make to America is the unveiling of the existent one-party system that has been parading as two. As Ghandi once said, “First they ignore you, then they laugh at you, then they fight you, then you win.” Ghandi was a wise old man, I can only hope that his observation proves to be true. If so, Trump can start packing, for he’ll be moving to the People’s House on Inauguration Day in January.