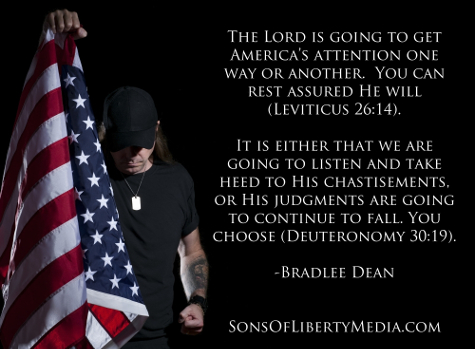 “The tree of liberty must be refreshed from time to time with the blood of patriots & tyrants. It is its natural manure.” –President Thomas Jefferson

Where does the tyrant get her support?

Just yesterday, when traveling through the South, getting up and walking out of the hotel room, laying there in front of the door I was again affronted with the headlines “Clinton’s lead over Trump narrows to 5 points.” Really? This is coming straight from the desk of the “useful idiots” that advocate the lies and propaganda. John 10:10 How does that work? Where did that support come from?

When walking out of the hotel, I could not help hearing what the propagandists were broadcasting while the FBI Director was talking of the “carelessness” of Hillary Clinton’s compromise of America’s security (caught once again in the act of treason). He even went so far as to say that no reasonable prosecutor would take up charges against her. How telling could it be, America? We have become corrupt from the top to the bottom (Jeremiah 2:19).

How many crimes do the Clintons need to be exposed for before the American people lawfully deal with themselves?

There is no crueler tyranny than that which is perpetuated under the shield of law and in the name of justice. – Charles de Montesquieu

It has also been reported that Hillary is flying on Air Force One with the criminal that has been tolerated for 7 and ¾ years by the American people.

Congress won’t turn against the tyrant

The tyrant grinds down his slaves, and they don’t turn against him, leaving him to crush, through the people’s tolerance, those beneath them. (See Emily Bronte (1818-1848), British novelist and poet.)

As you well know, Congress has continually failed you; not by chance, of course, but by design (Daniel 8:25; Hosea 4:6).

Congress now has an 8-11% approval rating. That percentage is found in those who attempt to justify what they know they cannot (1 Corinthians 10:12).

Time to draw the line

Over and over again, America has stood back and watched the continual assailing of the freedoms which were bought for her at such a high cost.

On a daily basis, this corrupt representative government is attempting to tear down the Republic, which our forefathers established, by attempting to overthrow it through democracy.

Democracy is the most vile form of government… democracies have ever been spectacles of turbulence and contention: have ever been found incompatible with personal security or the rights of property: and have in general been as short in their lives as they have been violent in their deaths. – James Madison, 4th President of the United States of America

When the founders brought forth the Declaration of Independence, it was that document that made the separation between the states and the tyrant across the pond. It was a declaration that America would be ruled by a tyrant no longer, and instead, be yielded to the God of Abraham, Isaac and Jacob to establish a free people (2 Corinthians 3:17) under God.

President Thomas Jefferson, the architect of the Declaration of Independence, wrote:

“Resistance to tyrants is obedience to God.”

Also, he penned these words:

When in the Course of human events, it becomes necessary for one people to dissolve the political bands which have connected them with another, and to assume among the powers of the earth, the separate and equal station to which the Laws of Nature and of Nature’s God entitle them, a decent respect to the opinions of mankind requires that they should declare the causes which impel them to the separation.

We hold these truths to be self-evident, that all men are created equal, that they are endowed by their Creator with certain unalienable Rights, that among these are Life, Liberty and the pursuit of Happiness,—That to secure these rights, Governments are instituted among Men, deriving their just powers from the consent of the governed,—That whenever any Form of Government becomes destructive of these ends, it is the Right of the People to alter or to abolish it, and to institute new Government, laying its foundation on such principles and organizing its powers in such form, as to them shall seem most likely to effect their Safety and Happiness.

Prudence, indeed, will dictate that Governments long established should not be changed for light and transient causes; and accordingly all experience hath shewn, that mankind are more disposed to suffer, while evils are sufferable, than to right themselves by abolishing the forms to which they are accustomed. But when a long train of abuses and usurpations, pursuing invariably the same Object evinces a design to reduce them under absolute Despotism, it is their right, it is their duty, to throw off such Government, and to provide new Guards for their future security.

Such has been the patient sufferance of these Colonies; and such is now the necessity which constrains them to alter their former Systems of Government. The history of the present King of Great Britain is a history of repeated injuries and usurpations, all having in direct object the establishment of an absolute Tyranny over these States.

The Lord is going to get America’s attention one way or another. You can rest assured He will (Leviticus 26:14). Either we listen and take heed to His chastisements, or His judgments will continue to fall. You choose (Deuteronomy 30:19).

Witness the effects of decades long right wing hate attacks on Hillary and how the duped react.

It is what the country deserves. But I am praying for God’s mercy and revival.