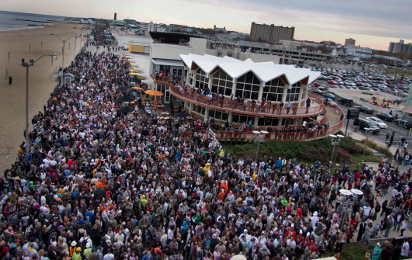 The bulk of this essay is for those who believe they are new creatures in Christ. They believe the old man within them has died, and they have been born again. However, it also applies to the walking dead purported to live among us. If you are a regenerated human being – fully alive and active, kudos to you. But if you are one of the many among us who claim to be alive but are nothing more than the walking dead, then you are more to blame for America’s problems than the political or media controlled cabals.

The walking dead do not act

Yes, many who called themselves “Christians” have made a profession of faith, but have they lived their faith? As James said, “Faith without works is dead” (James 2:14-26). For those whose faith is dead, the question is rhetorical. We know the answer.

We see its evidence in our elections where only 25% of professing Christians vote. The other 75% may have been alive at one point, but now are among the living dead. They are spiritual zombies, and their epidemic of complacency is spreading like the Zombie Apocalypse portrayed in cult fiction.

Whether it is the current disillusioned state of mind of those professing to be Christians (those who claim Christ is the “Lord” of their lives but believe He doesn’t have dominion of their political lives) or those that are simply content to live in their homes while the House of God is being systematically destroyed, their zombie-like state has affected us all (see Haggai 1:4). Unlike their fictional zombie counterparts, for all intents and purposes, they have disengaged their own brains. But like their fictional counterparts, they also are hungry for the brains of others. Unfortunately, the similarities do not end here.

The history of the zombie monster goes as far back as the Epic of Gilgamesh, a perversion of the Genesis creation account. The cult also finds its place in the Haitian practice of Voodoo going back to the early 1800s. In those days, enslaved Africans worshiped a demon god. This god would return their souls to Africa after they died in return for their worship. If they didn’t worship him, their souls would remain enslaved as zombies forever.

Thus zombies became the symbolism for Haitian slavery. And arguably, zombies today are slaves to their own prosperity and desire to maintain the status quo. Looking at this symbolically, the reversal of what they believed should stun anyone seeing it. For the worship of someone other than our God results in eternal death – not freedom. And idols of any kind, which includes placing anything above our God, reduces believers to those who deceive themselves into thinking they are alive when they are truly the walking dead (see Revelation 3:1).

There are more comparisons to be made today. First of all, the Zombie Apocalypse, so popular today, resembles the great apostasy referred to in 2 Thessalonians 2. The “falling away” in this passage describes a spiritually dead people. They walk the earth, but are dead none-the-less – and both exist at the end of time. Additionally, this condition of the walking dead spreads from one person to another. While one physically eats another’s brains, the other symbolically destroys another’s thought process. And so they spread complacency and apathy like a consuming disease.

How to restore the walking dead

In cult fiction, one kills a zombie by destroying its brain – through a variety of means. However, in the spiritual realm, the truth is the antithesis of that mode of operation. Our zombie friends need restoration to the land of the living by the restoration of their brains – a task that at this point might need Divine intervention. They need to understand that if Christ is indeed the Lord of their lives, they can’t partition a part of it away from Him – and that includes politics. They need to understand that doing nothing is doing something. You can’t have it both ways. Either you are for Christ or you are against Him. They may be content and they may justify their apathy. But misplaced contentment and apathy stand as the twin enemies of passion and righteousness.

You may not be able to destroy the brains of your zombie friends, but perhaps you can light a fire under them to wake them up out of their trans-like state. For Christ is the Lord of the Resurrection and even those who are dead can be made alive by Him.

So pray to the Lord of the Resurrection to rebuke the Zombie Apocalypse that is growing among us today and revitalize passion and righteousness in those who call Him Savior. Such a truth-inspired people will recognize liars and demand integrity from those that represent them. Then maybe, just maybe, those who are alive in Christ will reclaim the country to its rightful status as One Nation Under God. Pray to the Lord of the Resurrection for the resurrection of a truth-loving and passionately righteous people who do not withhold a part of their lives from Him whom they call Savior. Can I get an Amen?

So, let’s vote for the most evil woman to have ever entered American politics.

I did that with Ross Perot and got Slick Willie elected.

At least I won’t be violating my conscience and vote FOR someone I consider a loose cannon with tendencies towards religious oppression, towards xenophobia, towards hyper-nationalism, etc

So, get ready for all that is left of your ‘Religious Freedoms’ to be taken away. Better be strong enough to withstand what will come our way once Hillary starts her agenda.

Yes, I know. I’ve heard that refrain before. However, will your conscience feel better once Killary is elected? I’m from Arkansas and I know how sleezy the Clinton’s really are.

As for the comment about Ross Perot and Slick Willie, I doubt your vote was the swing vote…
That would have been something though! Not intending to be vitriolic, but wouldn’t that have been like just crazy?

Problem is, there were many more of like mind who voted for Perot. Whether I was the swing vote is irrelevant, the end result was that Clinton got elected.

It’s not just walking the isle, or baptism BUT IT IS A RELATIONSHIP WITH OUR SAVIOR. The first two steps are making it public but without this relationship it becomes nothing. It’s the relationship (prayer, spending time, and reading and studying His word) that creates the change in us. The Royal Law that Jesus taught us “love the Lord your God with all your heart, with all your soul, and with all your might”. And “love one another as I have loved you”. Then are we truly free.