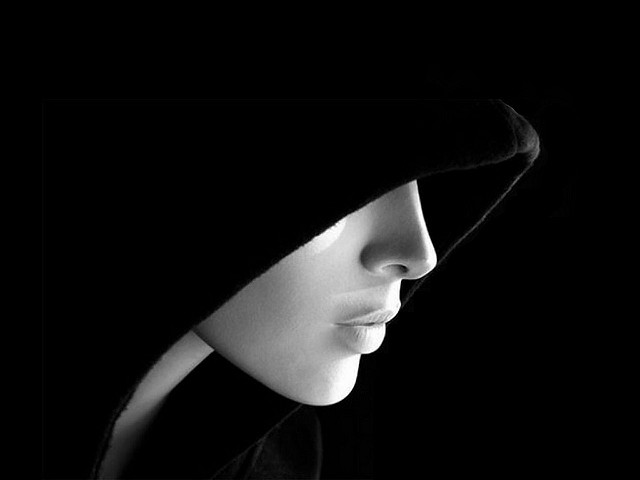 I started watching Miss America and Miss Universe competitions when I was a little girl. Mostly because I loved the gowns, in all their glorious colors. To this day, I still tune in, especially toward the end, when all the gowns are on display. A couple of years ago, I saw my all-time favorite! As the expression goes: TDF—to die for! 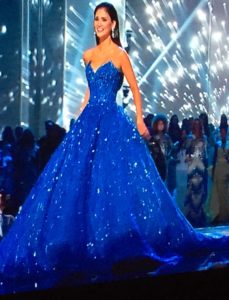 I also love the Country Music Awards shows because it’s the only time I hear genuinely thrilling voices without the caterwauling and preposterous over-production that camouflages the dearth of talent in the pop-music industry.

Movies and TV: no talent

Apparently, this is because the moguls who now run Hollywood and TV and the print media are so out of touch with mainstream America—unlike their bête noire, President Trump, who has his finger on the very pulse of America’s wants, needs, and desires—and so obsessed with left-wing politics, and so hysterical that all their efforts to undermine and sabotage and defeat and impeach him have utterly failed, that they’ve done what millions of losers have done in the past, i.e., doubled down on their efforts.

Who are these desperate people? They are not just the moguls, but all the lefties, including the pussy hat women who have now given up that symbol because it’s too pink and not sensitive enough to perhaps darker colors of the female sex organ and not transgender enough to be “fair” to all women. Can’t make this up! 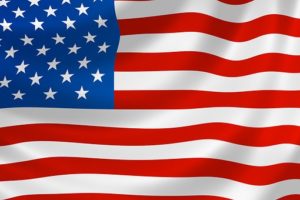 When our Founding Fathers chose the colors of the American flag over 240 years ago, they chose white to signify purity and innocence, red to signify hardiness and valor and the blood they spilled in the cause of freedom, and blue to signify vigilance, perseverance and justice.

On Israel’s flag, the blue lines symbolize the stripes on a traditional Jewish prayer shawl and the Star of David is the widely acknowledged symbol of the Jewish people and of Judaism. 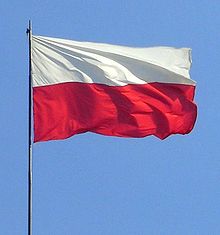 When Lech Walesa, who led the Solidarity movement in Poland in the 1980s, flew the red and white flag of his country, red stood for blazing a trail and white for the movement’s pure motives.

To let the world know that they were speaking out in solidarity with the #metoo movement against the sexual harassment they had not said one word about for 20 years, and in some cases 40 years, they chose to dress in provocative, breast-baring dresses with skirts featuring split seams strategically displaying an entire leg right up to the crotch.

The message to the men in the worldwide audience and to the men in their lives—boyfriends, producers, directors, publishers, editors, et al—was clear: “You can look, drool, desire, salivate… but don’t you dare tell me I look great or smile at me in any way I consider lascivious, or suggest, even subtly, that you have sexual interest in me—or else I’ll remember it and use it against you in a lawsuit with the express intention of ruining your career and your life.

And what color did these angry feminists choose to wear to demonstrate their “solidarity” with their victimized sisters?

Uh uh. They put their collective heads and, ahem, IQs, and evolved life experiences together and came up with—ta da—black, as in mourning.

A worse choice of colors than first appears

Significantly, the oh-so-caring women of Hollywood could find not one microsecond in the entire evening to salute and support the freedom-loving, freedom-seeking women in Iran—whose black hijabs are the ultimate symbol of true oppression—many of whom have lost their lives in this struggle and now lie in coffins wrapped in black shrouds.

Come to think of it, where are the voices of the leftist women in the U.S. Congress in support of the female Iranian freedom fighters? Clearly, they have more important things to do, like announcing that they too will wear black to President Trump’s upcoming State of the Union speech on Tuesday, January 30, 2018.

I can just see the political cartoonists having their most energetic field day in years with this travesty!

Meanwhile, what will the net result of this moment in history be?

I predict that the glut of animated films will increase, to the point that fewer and fewer movies are made because of the disgust that movie producers have toward the women who willingly complied and got everything they wanted from them and then turned on them when the phony baloney #metoo movement came along.

Heads up, you starlets—look up the fate of the buggy whip!
I also predict that Melania Trump and Ivanka Trump and Tiffany Trump and KellyAnne Conway and Sarah Sanders and Hope Hicks and Nikki Haley and all the other fabulous women—many of whom occupy among the highest positions in our government—will not be wearing black to the president’s State of the Union address, but will be decked out in the gorgeous and colorful and optimistic colors that are emblematic of America!

The Grooming of Oprah Winfrey: Setting the Stage