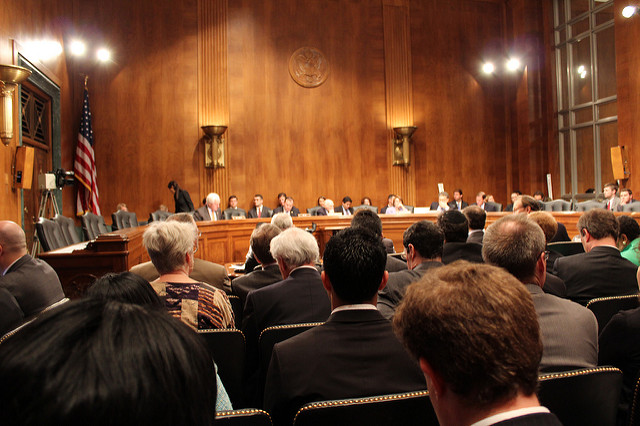 United States antitrust laws regulate the organization and conduct of business corporations on state and national levels to provide fair competition for the benefit of consumers. Why are they necessary?

The Federal Trade Commission (FTC) has the answer.

Free and open markets are the foundation of a vibrant economy. Aggressive competition among sellers in an open marketplace gives consumers – both individuals and businesses – the benefits of lower prices, higher quality products and services, more choices, and greater innovation. The FTC’s competition mission is to enforce the rules of the competitive marketplace – the antitrust laws. These laws promote vigorous competition and protect consumers from anticompetitive mergers in business practices. The FTC’s Bureau of Competition, working in tandem with the Bureau of Economics, enforces the antitrust laws for the benefit of consumers.

The Sherman Antitrust Act, passed by Congress in 1890 under President Benjamin Harrison, was the first Federal act that outlawed interstate monopolistic business practices. It is considered a landmark decision because previous laws were limited to intrastate businesses.

In 1890 Utah, Oklahoma, New Mexico, Arizona, Alaska, and Hawaii were not even states. The Transcontinental Railroad that connected the eastern United States with the Pacific coast was in its infancy. That was then, this is now. Today there are 50 states, world travel is commonplace, and antitrust matters matter to every person on Earth.

Why? What do antitrust matters have to do with me? The answer is everything.

The protections of antitrust laws focus on the unfairness of business monopolies on consumers. What about the unfairness of political monopolies on citizens? America broke free from the monopolistic centralized power of the British monarchy and won its independence after years of war and death. Why? To create a country based on the principles of individual freedom and liberty.

Every freedom articulated by our Founding Fathers was designed to protect the citizenry by promoting individualism and fairness. The Constitution and Bill of Rights are the greatest antitrust documents ever written providing:

The United States Constitution protects citizens from anticompetitive mergers in government practices. The United States of America is the greatest experiment in individual freedom and liberty the world has ever known specifically because of its antitrust antimonopolistic infrastructure. The Constitution defines the checks and balances of power and the individual rights of its citizens.

The current battle for our national sovereignty is an antitrust struggle against global governance. Globalism must not be confused with fair global trade between independent nations. Globalism is the monopolistic anticompetitive political practice of concentrating world power in the hands of a few globalist elite rulers. It is a return to the feudal infrastructure of a paternalistic pyramid with the few elites at the top and the masses of enslaved people at its base.

In 1890 antitrust legislation was necessary to protect consumers from exploitative business practices that focused on goods and services in the interstate marketplace. In 2018 the competition is over the world of ideas. Political systems of national sovereignty supporting individual freedom are battling political systems supporting collectivist globalism.

Globalists are selling planetary governance. They are facilitating the sale by concentrating their power with mergers and acquisitions that limit the information the public is offered. Monopolistic information through censorship and partisan program content on the Internet, television, radio, films, and particularly in academic curricula indoctrinate the unsuspecting public toward collectivism and planetary governance.

Today’s consumers need protection from exploitative political practices to provide fair competition for the benefit of consumers. The American public needs to become aware of how protective antitrust legislation that prevents monopolistic concentration of power affects them. Global governance is a worldwide concentration of power that eliminates individual freedom in the same way global monopolies on goods and services eliminate fair competition. Free and open markets are the foundation of a vibrant economy just like the free and open marketplace of ideas is the foundation of freedom.

The choice that Americans must make is between “free” stuff in a monopolistic collectivist political system of global governance that will enslave them, or freedom in an independent sovereign United States of America. The coordinated effort to delegitimize and overthrow President Donald Trump is the coordinated effort to delegitimize and overthrow our national sovereignty. Antitrust matters matter because monopolistic oppression is never good for the consumer whether they are buying goods, services, or their freedom.