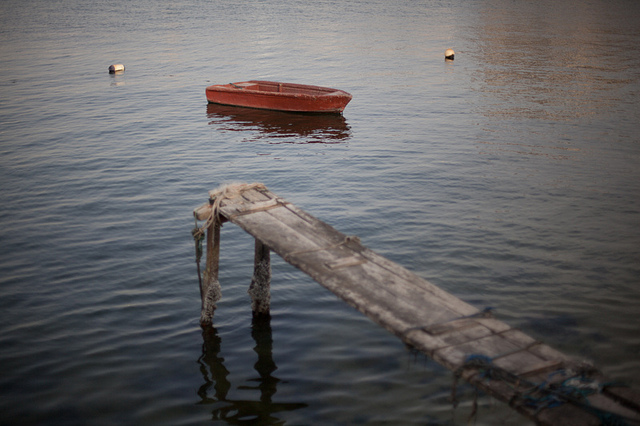 It was brought to my attention that Westmount Temple Emanu-el Beth Shalom in Montreal hosted a Muslim-Awareness Interfaith Shabbat Dinner on January 25, 2019, to pay homage to the six dead and nineteen wounded from a lone attack on a Montreal mosque two years previously. Such well-meaning, but naïve, efforts were hijacked by Muslim apologists to promote their false victimhood status to garner sympathy from others.

Jews reach out but no one reaches out to them

One might wonder why there was no outreach from Jews or Muslims for the desecration attack in March 2018 on a synagogue in Thornhill, and no homage paid for the October, 2018 massacre of eleven congregants of the Tree of Life Synagogue in Pittsburgh, Pennsylvania, inasmuch as Canada and the US are connected in many ways. Neither was there any form of condolence or apology offered when a small Canadian Arab newspaper, Al Saraha, published an antisemitic article that posited why Hitler killed the Jews, stated that the number of six million Jews killed during the Holocaust was severely inflated, and asserted that Jews are to blame for Germany’s economic collapse, sexuality and promiscuity.

Inasmuch as the Jewish-Muslim Interfaith Dinner so closely preceded Holocaust Remembrance Day, a day designated to confront the hatred and crimes against the Jewish people, it begs the question as to why that was not incorporated into the outreach, except that Muslims do not grant victimhood status to others, and they continue to deny the Holocaust as the systematic murder of six million Jews. Our FBI records show that Jews still experience the greatest number, by far, of attacks and assaults, yet nothing was done to honor those victims and awaken the attendees to the dire situation of antisemitism that is once again upon us.

It is pertinent to include herewith a few unpalatable facts. Muslims have killed 669 million people over 1400 years, a number quite astounding, but correct. Those who were not killed – the Jews, Christians, Buddhists, Hindus and others – were forced into captivity and conversion. They became the ancestors of today’s 1.6 billion Muslims, including the masses who are now committing unspeakable crimes in Sweden, Germany, France, England – 29 countries worldwide.

Arab-Islamic attacks on Jews began with the Battle of Khaybar in 628 AD, against Christians with raids into Byzantine land in 630, and rapidly engulfed the non-Arab people of North Africa, Spain, Persia, and beyond. In 1801, the Barbary pirates attacked American shipping, and in 2000, the USS Cole. The World Trade Center was attacked twice, in 1973 and 2001, followed by group bombings, shootings, stabbings, and property damage – hate crimes. However, in a country the size of America, the imams have informed their jihadis that eventual conquest must be achieved by other means – through civilizational or stealth jihad. Hence, our government now has an inordinate number of Muslims in office. Unashamedly antisemitic and anti-American, they are working to change our laws to be increasingly socialist and then sharia compliant.

Jews let Muslims do all the talking

The January gathering at the Canadian temple was labeled an interfaith “dialogue,” a word that means exchange and discussion, yet only the Muslim perspective was presented. There were two Muslim speakers, both practiced in taqiyyah for dealing with westerners, and not balanced by two western speakers experienced with this Islamic psychological technique. This was, therefore, a one-sided presentation, a “monologue,” with no attempt at dialogue or mutuality. The rabbis added that discussion was limited to make their guests “comfortable.” They provided a comfort zone for the very people who invariably commit the crimes and unceasingly advocate hate and destruction for Israel.

There were no questions about the Koranic directives to kill the infidel, and nothing about their practice of jihad – how they send their children to ignite precious Israeli land, scorching 9,000 acres of land and the wildlife over a six-month period; to stabbing citizens on the streets of Israel, Europe and America; to ramming cars into groups of pedestrians – or how they pay the families for martyring their own sons in the interest of killing Jewish people. The speakers were permitted to lie and praise their religion without taking responsibility for the crimes they commit. The talk of “bridge building” is never clarified for purpose or destination.

One of the speakers was Egah Lotayef, known to be pro-Palestinian, pro-Hamas, anti-Israel, anti-Zionist – simply put, an antisemite, and one of many McGill professors who signed a petition for BDS against Israel and Israeli academic institutions. He took part in the deceptively named “Freedom Flotilla to Gaza” that circumvented the established route only to create a “situation” for Israel. The little humanitarian aid contained on the flotilla was camouflage for the armed activists who had come in the hope of gaining international sympathy by provoking the IDF into using excessive force. The self-control of the IDF was to disappoint them.

No bridge builder he, this proponent of boycott-divestment-sanctions against Israel. BDS is designed to damage Israel socially, economically, religiously and intellectually, in order to create a Palestinian tie to the land none exists. He belongs to a terrorist-affiliated group that speaks at such occasions, in an attempt to lure the audiences into accepting the Islamic narrative and convince them that Islam is benign and Israel the oppressor. The group continually accuses Israel of crimes committed by the Palestinians, another psychological war technique known as “transference” or “projection.” The aim is constant: to turn the world against the Jewish State and to promote her extinction.

Rabbis “disagree passionately” – while saying nothing

The rabbis’ form letter issued to the public said they “disagreed passionately,” but they said nothing! And with what did they disagree? If it was with the speakers’ opinions about Israel and the Jews, they failed the Jewish community. I would be interested in knowing the conclusions drawn when the evening was over, what the attending Jews think they learned from the one-sided engagement. I have attended three such “interfaith meetings,” and have read of others, none of which seemed to be worthy of squandering one’s time. They invariably take place in synagogues and churches that allow the Muslim voice to be heard, but inhibit the congregants from speaking – they sit like the bobblehead dolls, taking everything in. Questions from the audience are usually submitted on slips of paper so that they may be pre-screened, and the probing or unnerving questions are disregarded and never read “due to time constraints.”

Do Jews build a bridge too far?

Perhaps we might offer the benefit of doubt. Perhaps these rabbis knew nothing of the speakers before honoring their request for the “program” (a word also defined as “manipulate”), but ignorance is also a betrayal of one’s own people, ancestors and progeny. Regardless of intent, their congregation was duped into hearing the fabricated Islamic storyline without dispute or defense. All Jews and Christians alike must be informed of Islam’s ongoing war against the west, to become actively involved in fighting the hatred against Jews, Christians, Israel and America, before we follow the paths of history. It has long been time for an outreach to be done by informed Jews and Christians to their underinformed co-religionists. We did not choose this war, but we have to acknowledge that it exists – and It is here.

A bridge too far: that the goal or mission described will not happen, or will wind up being unsuccessful, perhaps with even a disproportionate amount of unwanted consequences.

The State of the Union – A Tough Act To Follow

Next Up On the Docket: A New Bill Calling Forth the Beheadings, Dismemberment, & Saline Injections of All Abortion Supporters! Let’s Light up the Sky and Rejoice!