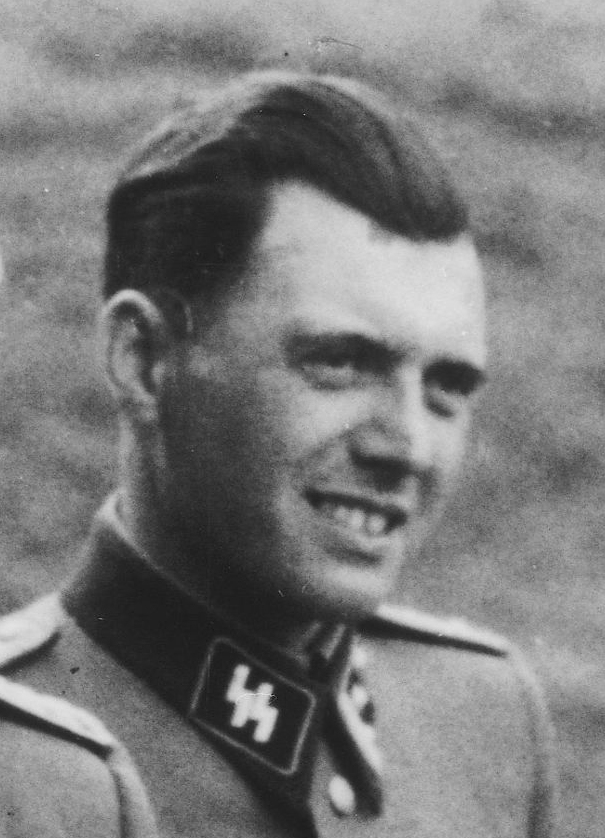 Making the Fauci and Mengele comparison

What you see on Dr. Fauci, this is what people say to me, that he doesn’t represent science to them. He represents Josef Mengele … the Nazi doctor who did experiments on Jews during the Second World War and in the concentration camps … The level of suffering that has been created because of this disease is now being seen in the cold light of day, i.e., the truth, the people see there is no justification for what is being done.

Mengele was notorious for causing serious harm and injustice – torturous experimental procedures and surgeries on Jews primarily, but also on Romani and others. If we review Fauci’s history and allow him to continue ad infinitum, there’s no telling that he may well exceed Mengele’s title, “Doctor of Death.” The experiments performed by both were often touted as being for the greater good, that the intense suffering of some is acceptable for medical advancements that benefit the more worthy.

Evidence against Fauci – cruelty to animals and children

The world has been made aware of Fauci’s painful experiments on dogs, whose vocal chords were cut to eliminate their barks and whimpers, and on monkeys, without benefit of pain killers or anesthesia. Research in psychology and criminology shows that animal abuse is not just the sign of the abuser’s minor personality flaw, but a symptom of deep mental disturbance. They will move on to cruelty to their fellow humans – and he has.

We now know that Fauci used tax-payer dollars for NIH-funded experiments performed on hundreds of AIDs orphans in a New York City hospital in 2004, resulting in the death of more than 200. Nurses revealed that they tested Thalidomide on some children, a medication already known to produce severe birth defects in thousands of children. One report said that pregnant women or those considering pregnancy were forbidden to dispense the drug, yet it was administered to children through a G-tube directly into the stomach and intestines. The children “shriveled and died,” but it was deemed for the greater good.

There is a growing body of research that links cruelty to animals to cruelty to people: both are living beings, both feel pain, experience distress, and may die. Fauci’s insistence that the current insufficiently tested chemicals be given to everyone, from infants to the elderly, despite the revelation of ensuing heart muscle damage, nerve damage, and serious muscle pain, reveals his bent toward apathy and cruelty. Fauci and his associates are serial killers.

Evidence against the vaccines

Today’s injections of presumed cures for COVID-19 are coming under intense scrutiny, with reports of raised welts at the point of entry; followed by nausea and swollen lymph nodes; followed by symptoms of Guillain-Barré syndrome (neurological disorders), thrombosis (blood clots), and myocarditis (inflammation of heart muscle), spontaneous abortions, miscarriages, eventual cancer, damaged immune systems, and death. World Health Organization’s VigiAccess provides public access to the reported potential side effects of 24 medicinal products. With the second-highest number of deaths for influenza vaccine noted at 272,202 (1968-2021), the absolute highest is for the COVID-19 vaccine at 2,457,386 (2020-2021). Nothing else comes close.

A December 5, 2021 report from Americasfrontlinedoctors.org published news of Vaccine-Acquired Immune Deficiency Syndrome (VAIDS), that we will soon become aware of widespread immune erosion. The vaccinated will be more vulnerable to illness and death than the unvaccinated.

The UK’s Lancet studies of 1.6 million Swedish individuals shows the vaccinated were at greater risk than the unvaccinated; a sign of “immune erosion” or “acquired immune deficiency,” leading to the aforementioned post-vaccine illnesses, resulting in either chronic illness or death.

Scotland reported that the infection fatality rate is 3.3 higher in the vaccinated than in the unvaccinated, the risk of death 2.15 times higher.

An Israeli report of August 17, 2021 revealed that the severe cases are the fully vaccinated who account for 85-90 percent of the hospitalization. Their infection fatality rate is 3.3 times higher for the vaccinated than for the unvaccinated, and that 3,133 people contracted the illness from the vaccinated individuals.

The insanity continues when people refuse the shots. They are threatened with job loss, banned from attending functions or shopping, and put under lockdown, including serious and prolonged self-imprisonment in some countries.

This is not the government’s strong desire to protect its citizenry for the greater good, but the worldwide plan of the Marxist’s Great Reset, and the numerous ways that have been set into motion to control and eliminate large swaths of people (billions) for depopulation without casting suspicion on the “well engineered bioweapon toxin,” the spike protein. Dr. Shankara Chetty explained,

They’ve engineered a virus and put this weapons-grade package onto it, called “spike protein” … The vaccine will kill at least 1,000,000,000 people.

Lara Logan did not invoke the Holocaust, nor invoke the Mengele name in vain

Now we come to the opposition to Lara Logan’s position, the Jewish groups that are protective of the Holocaust, that the term may not be used in vain. They fear that by using it for issues other than the Nazi genocide, the severity of the term may be diminished. They understandably seek to protect the use of its application, but Logan did not say “Holocaust.” She said that Fauci “represents Josef Mengele, the Nazi doctor who did experiments on Jews during the Second World War and in the concentration camps.” Clearly, she was referring to the psychology that explains how humans can view others as guinea pigs, lower life forms. She was perfectly correct. The two share that similarity and who is to say how far Fauci would go if he were allowed to continue.

There are also Jews (who disassociate or are self-hating) whose psychology has never been completely understood, not for lack of trying. They are uncomfortable with the mildest reference to the Nazi killing machine, preferring to disengage from the nightmare. They may be escaping painful memories or family history, but keep their identity rather than convert to another religion. They remain recognizable but choose to distance themselves from the entire Yiddishkeit of Eastern Europe and the successes of modern-day Israel.

There are also Jews who are simply antisemitic, such as in the ADL, who stray from their mission to fight defamation. They feature antisemitic speakers who openly express their hatred of Israel. The now-woke CEO Jonathan Greenblatt has begun telling the Jews that they must fight their own anti-black racism. How ludicrous indeed when Israeli Jews includes Jews of color. The ADL raises funds presumably for Jewish issues but uses them for other causes. Greenblatt has joined George Soros, Bill Gates, and other globalists in the not-so-secret globalist meetings in Aspen. They hate their heritage (Judaism and America) but pretend otherwise so as to continue inflicting harm. The ADL is not worrying about trivializing the Holocaust. They are worried that they’ll be drumming up more sympathy for Jewish causes.

Lara Logan sees the comparisons of Fauci and Mengele as a way of awakening the masses. We learned the extent of Mengele’s deeds after World War II; we may not learn Fauci’s totals until after this war against civilization. Fauci, the revered scientist, and Gates, the benevolent philanthropist, are protected by our media and this administration. The suffering of people who’ve had the injections and the looming misery by the delayed spike proteins remain in question, but there are courageous voices who are beginning to speak out. Not everyone has access to unexpurgated news, and there are those who would rather not know, so they cover their ears and their faces, trust a socialist government that claims to be working for the greater good, and obey without question.

Dr. Vladimir Zelenko has warned that administering the experimental gene therapy, called “vaccines,” is mass murder, crimes against humanity, but who’s listening? Zelenko tried cautioning Israel, but the state is still injecting its citizens. Pfizer has bullied several countries into taking the shots and has signed documents against their liability for harm. Pfizer has paid out hundreds of billions of dollars for severe harm caused to children; few are aware, or accept the suffering of others for the greater good.

She quoted what she observed

Lara Logan quoted what she observed. There are no trains to concentration camps or extermination camps, but there is already news that Austria and Germany are Nazifying again with lockdowns for as long as 20 months to date, comparable to incarcerations. Severe fines are among the punishments for walking without injection confirmation – “Your papers, please.” Australia is beyond incomprehensible. Do we really want to allow our government to exercise such police-state control over our citizens? Logan is right to expose what she can – the number of sick, hospitalized, permanently damaged, breathing problems, nerve damage, and heart muscle damage much worse after COVID jabs than all other vaccines. We must also alert the public about the number of children who are whisked off by school authorities for injections without parental knowledge. This is medical tyranny, and they’re now coming for the babies.

Logan used the example of Mengele to call to our attention the increasing dangers. This is a new world, with new techniques, but the same justification, that they have our welfare in mind; it is for the greater good. This is a modernized world with new techniques – invasion without tanks, death without bombs – but we still have people who seek to rule uber alles.

[…] Population as theater of war Evil, for the greater good […]

[…] broadly, left-wing leaders are working toward a Great Reset of society to a command economy, in which nothing remains personal to you except maybe your […]