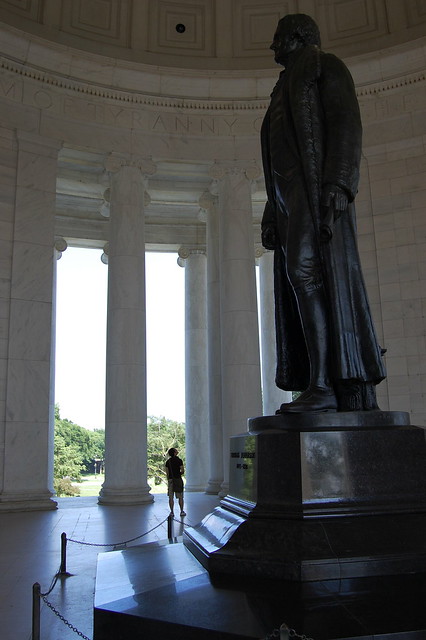 Hello, this is Darrell Castle with today’s Castle Report. Today I will be talking about the West’s continual slide into tyranny and the continued destruction of Western Civilization, as well as offering some explanations for that slide. It seems obvious to me that Western governments are constantly reaching for more and more power and control over their nations, their citizens. They must have the power to rule and regulate every tiny aspect of their people’s lives in order to serve as a replacement for the God they think they have destroyed. Today, their dominion and power is almost absolute.

Religion and politics: the tension between them

The theory then is that the more people are internally repressed through religion the less necessary it is for government to use violent political power to control its people. A brief look at the history of Western Civilization will give credence to the truth of Mr. Cortés’ theory. If you accept that the West has its origin in the Roman Empire we can start there. The Emperor had virtually unlimited despotic power to coerce and control the Roman people until Christianity was introduced to the Empire.

Tyranny declined in the Age of Faith

Christianity has been accused of taking the warrior’s heart from the Romans and bringing a more peaceful empire, thus allowing it to be overrun and conquered by barbarians. It also resulted eventually in the coming of what is usually referred to as the Age of Faith. During that time in the West, faith ruled in the lives of people and most governments controlled their people through the requirements of the Christian religion. Government tyranny and repression actually declined in severity at least against those who practiced the Christian faith.

The Age of Faith was followed by the Protestant Reformation, and then the Enlightenment, when the pendulum started to swing back to reason and what passed for science and away from what had come to be thought of as superstition. The Enlightenment broke the shackles holding people to religious belief. In France, it ushered in the French Revolution starting in 1789 followed by Napoleon Bonaparte and his secular empire. France has been a secular, state dominated, nation since then. It seems that once the power of religion is broken it can never be restored, and the people turn to their new god, the state.

The modern division between rulers and ruled

It seems like a very long time, but really it’s just a couple of centuries in which we have gone from feudalism, whereby people were bound to the land; to standing armies; to the division of societies into rulers and the ruled. Feudalism decentralized power, and the feudal landowners across the European Continent really existed as almost separate states. There was little reason to interfere in the day to day lives of people or attempt to micromanage their affairs.

Social cohesion is best achieved through religion, and once that restraint is removed, the entire system starts to fall apart. When this happens to a society, to a people with Western traditions, that Civilization is on the road to chaos and disintegration. Yet that seems to be exactly the road we are on here in the West. In David Horowitz’s new book, Dark Agenda, he makes the following observation:

The progressive assault on our country begins with the assault on religious liberty and the freedom of conscience, which has been ongoing since the expulsion of religion from the public schools in the 1960’s. Religious liberty is the cornerstone of our democracy and our civilization, and it is under siege and in retreat. Whether it is a memorial cross on public lands to commemorate heroes who gave their lives to keep us free, or the Little Sisters of the Poor, a Catholic charity whose celibate nuns were pursued through the courts by the vindictive Obama white House in order to force them to provide contraceptives to the elderly poor who had no use for them; or whether it is the LGBTQ vigilantes out to force a Colorado baker to make cakes that violate his religious beliefs, the aggressive bigotry of progressives knows no limits.

They are the storm troopers of a new totalitarianism whose clear agenda is a one-party state to enforce their political correctness: no electoral college, no senate, no i.d. checks at the ballot box, no barriers at the borders, no voting age lower limit—where exactly do you think they are heading?

To me the answer is pretty simple; if you want to destroy the West you must first destroy the people’s belief in Christianity. You can do that in many ways but the best start would be to take from them their most treasured possession, their children. Make the children just a commodity, just an item to be used, to be bought and sold or killed at will. Destroy the family unit, and the state will control the children. Since most families or very close to most families, are single parent now the state emerges as provider and protector. No more independent-minded, self-reliant people, instead we create a people totally dependent on the state which, in effect becomes the new god.

Various ways of destroying the family

The state continues its destruction through ever increasing income taxes. Oh, the rates will fall from time to time, as different power seekers parade their time upon the stage, but in general it gets steadily worse. Since everyone knows we now have a credit based society, no one worries when they can’t make their pay check last all month, they just make up the difference through debt until they can’t cover the debt service anymore. This is all destructive of the family because even in two parent families, one works to pay the taxes and one works to pay the bills. In the meantime, the children are turned over to the new god for five days a week, six hours per day, indoctrination lasting at least 16 years in most cases. While submitting to all this, and peacefully accepting it, we wonder why we don’t recognize our children anymore.

Combined tyranny: the state as god

The goal now seems to be a combination of the two tyrannies, that being a people who are both religiously and politically repressed. The new god, the new religion, represses the people by imposing itself and its ideology on them, all backed up by political and military force. Do it our way they tell us or people with guns will come and confiscate your property and put you in jail, and what happens to your children then you ask. Oh, don’t you worry about that, we’ll take care of them and make them true believers on our progressive plantation.

So the people change and comply. It’s easier, cheaper, and we become more and more desensitized to the new agenda. Big business, big corporations, big technology, and really big government will take care of you and your children. We will be your people, and you will be our gods, and we will bend our knee for the scraps from your table. Every nation and people becomes just another human farm for experimentation as the new gods explore the new technological power that we have placed in their hands.

Socialism becomes the new fashion among our progressive rulers. It’s a new fashion to them perhaps, but in reality it’s a 19th century idea that has killed millions and reduced continents to poverty. This is not the simple welfare state socialism of some place like Scandinavia. No, this is the hard core military enforced socialism so prevalent in the world today. The most obvious socialist state was the Soviet Union, or the Union of Soviet Socialist Republics. That was actual, real socialism–you will comply or you will go to the Gulag or be shot. The Soviet Government of the Cold War days socialized the Ukraine against its will by killing 5 million people.

Socialism of today puts forward the notion that it will provide the necessities of life to everyone by taxing the rich and it assumes there are enough of them to go around. In reality, the middle class is the most numerous, and therefore that is where the money is, and that is where the taxes come from until the middle is hollowed out and destroyed as in America today. The taxes taken from the middle class become subsidies for the rulers to use in their vote buying schemes to maintain power.

Welfare Statism, or the Green New Deal, sees itself as less brutal than the examples of socialism that I have given. It is based on something our new Einsteins on the new progressive left such as A.O.C., call Modern Monetary Theory or MMT. That is the belief that debts will never have to be paid and the government can create as much money as it wants, do whatever it wants, and everyone could live well without working, unless they actually enjoy having some degree of self-respect and self-reliance.

The children in progressive schools, and that’s virtually all of them, are taught false explanations of capitalism and the free market and they come to believe that capitalism is what we have today, i.e., a world dominated by giant international corporations. What they are not taught is that those corporations run by progressive, atheistic CEO’s and their boards become giants by using their subsidy money to lobby Congress to regulate their small business competitors out of business, so that they stand with the new gods as masters of the universe. In contrast, a truly free market has no regulations at all, except those imposed by market competition and we haven’t seen one in a long time.

In conclusion I will answer David Horowitz’s question “Where do you think this is going?” The answer is that it is going into the demonic chaos that is being intentionally created for us.

Photographer Alex Guererro (User Poldavo (Alex) on Flickr) shot this picture of the statue of Thomas Jefferson in the Jefferson Memorial. (Date: 9 June 2007.)

“Against the Tyranny!” by Poldavo (Alex) is licensed under CC BY 2.0

Israeli Policy Prescription: How to Annex Judea and Samaria

The Squeaky Wheel Gets the Grease