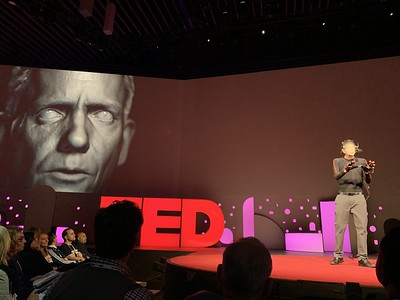 I am very worried about the November 2020 presidential election.

I have been writing about the unparalleled and sinister anti-American attempts to remove President Donald Trump from office for three years. In April 2020 I wrote, The Book of Humanitarian Hoaxes: Killing America with ‘Kindness’. I sought to raise public awareness in advance of the 2020 election. The Book describes fifty of the most sinister leftist, Islamist, globalists attacks on America.

Now 42 days remain until the election. The desperate enemies of America now behave like cornered animals poised for attack. Their survival is at stake. Because if POTUS wins re-election, he will take down the Deep State and expose them all. They know it and Trump knows it.

Even more than election fraud, I believe we will see an assault on objective reality using artificial intelligence technology called deepfakes.

Deepfakes and how to make them

synthetic media in which a person in an existing image or video is replaced with someone else’s likeness. While the act of faking content is not new, deepfakes leverage powerful techniques from machine learning and artificial intelligence. They do this to manipulate or generate visual and audio content with a high potential to deceive.

See also this elaboration on the deepfake concept at Conservapedia.com. – Ed.

A sane society of ordered liberty requires agreement on what is real. We believe what we see with our own eyes. I believe the desperate Internet behemoths will try to manipulate what we perceive as real using deepfakes. And they will do it to win their battle to oust POTUS and control society. It is the epitome of social engineering. Let me explain.

Who drives the bus?

Dear America explains how our minds develop, and how thought precedes behavior. When we are in our most rational adult state of mind we behave like rational adults. If we are mobilized and regress back to childish thinking, we behave like children even though we are chronological adults. Of course the book makes a political statement – we vote the way we think!

Ordered liberty requires a society of rational adults. Rational adults question information and use their critical thinking skills to formulate appropriate responses. Rational adults live in objective reality, the world of facts. They will unavoidably clash with chronological adults regressing back to childish thinking, who live in subjective reality, the world of feelings. Children believe what others tell them unquestioningly, and behave accordingly. So do regressing adults.

A large segment of the U.S. population has been deliberately regressed back to childish thinking. They live in subjective reality where feelings matter and facts do not. Regressing adults are easy to manipulate and have very little impulse control. They basically become emotional children in adult disguise.

Online freedom is not just a matter of censorship and freedom of speech – it is now a matter of reality! In Hoax 23: The Humanitarian Hoax of Multiple Realities,2 I discuss the catastrophic consequences of a society that no longer agrees on what is real. A sane society of ordered liberty requires agreement on what is real. We believe what we see with our own eyes. In my opinion, the ends-justify-the-means Internet behemoths are poised to manipulate what we see using deepfakes to win their battle to oust POTUS and control society. It is ultimate election malfeasance, and the epitome of social engineering. Manipulating reality is the nuclear weapon in the globalist war on America-first President Donald Trump.

A chilling article from science writer, Rob Toews, appeared in Forbes May 25, 2020. “Deepfakes Are Going To Wreak Havoc On Society: We Are Not Prepared.” Toews explains the menace of deepfake technology and the artificial intelligence it uses. Under the heading, “When seeing is not believing,” he writes:

It does not require much imagination to grasp the harm that could be done if entire populations can be shown fabricated videos that they believe are real. Imagine deepfake footage of a politician engaging in bribery or sexual assault right before an election; or of U.S. soldiers committing atrocities against civilians overseas; or of President Trump declaring the launch of nuclear weapons against North Korea. In a world where even some uncertainty exists as to whether such clips are authentic, the consequences could be catastrophic.

Deepfakes as an assault on reality

In the old days, if you wanted to threaten the United States, you needed 10 aircraft carriers, and nuclear weapons, and long-range missiles. Today … all you need is the ability to produce a very realistic fake video that could undermine our elections, that could throw our country into tremendous crisis internally and weaken us deeply.

Toews writes that according to USC professor Hao Li, the existence of deepfakes is also in use to discredit what is real.

People are already using the fact that deepfakes exist to discredit genuine video evidence. Even though there’s footage of you doing or saying something, you can say it was a deepfake. [Then] it’s very hard to prove otherwise.

Brad Parscale’s USA Today article, “Trump is right: More than Facebook & Twitter, Google threatens Democracy, online Freedom”, came out two years ago. Today we are more vulnerable to Google, Twitter, and Facebook than ever before. The globalist tech giants need Beijing Biden in the White House and America-first Trump out. They will do anything and everything to remove him. According to Parscale, “Google, YouTube, and other tech giants already filter, suppress, and even directly attack conservatives.” These sins of omission and sins of commission are designed to change people’s perception of reality.

How to steal an election – the latest technique

The Fake News media also threatens reality. But the greatest threat is that the tech giants will misrepresent President Trump using deepfake technology to steal the election. I have written extensively about the conflict between objective reality and subjective reality.3 The menace of technological virtual reality has arrived.

Deepfakers can manipulate reality using their deepfake technology to trick you into believing their falsified Trump messaging. If the public believes that what they see is real – that will form the basis for their voting behavior and for their responses to the election outcome. The Internet has now become the public square. The Internet behemoths and technocrats who own AI technology now control the public square. Google, Twitter, Facebook, Amazon, Microsoft, Alibaba are likely to unleash a mass of deepfake unreality bombs in their ends-justify-the-means desperation to defeat Trump in November.

The final battle for America is the battle for reality. The technocrats are trying to force us into a post-truth world where shared standards for objective reality no longer exist. They are trying to convince us that snow is black. Don’t let them.

2 This article also appears on CNAV.

“DigiDoug DeepFake at TED2019” by jurvetson is licensed under CC BY 2.0

The Ruse of Spontaneous Rage