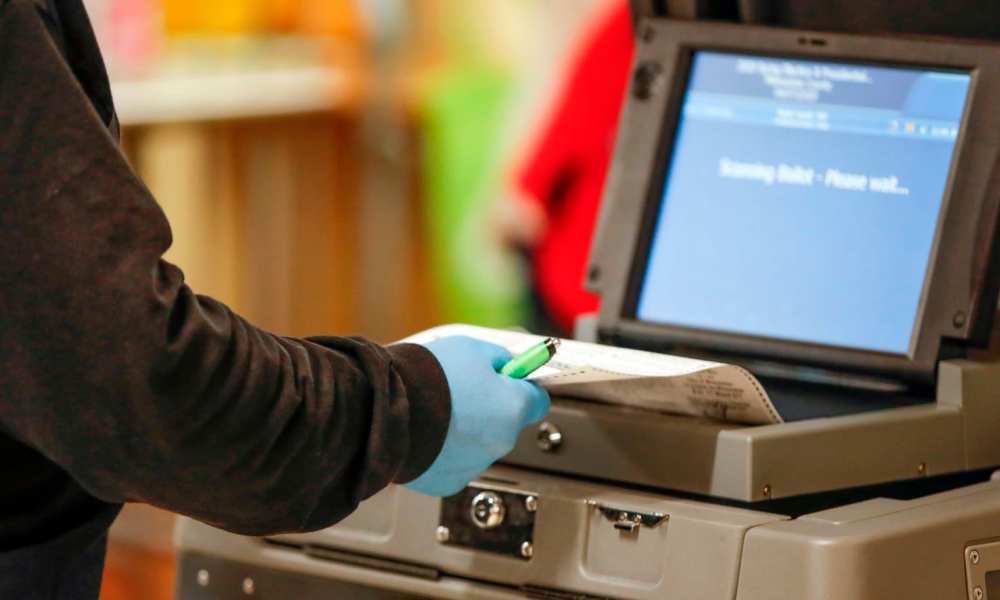 Election equipment went missing after a voting clerk, who reposted Q-anon material, was removed from her job running elections.

The Michigan State Police launched an official investigation this week after officials were unable to find election equipment that was essentially the “brains” of the operation. Just days before, a city clerk was barred from continuing her election duties. The clerk was a Republican who had reportedly refused to accept former President Donald Trump’s 2020 election loss and posted Q-anon memes to her Facebook page.

On Monday, Michigan Secretary of State Jocelyn Benson wrote to Stephanie Scott, the Adams Township Clerk informing her that since she had not responded to the state’s orders for her to fulfill her election duties, she was no longer allowed to perform them. Her replacement was Marney Kast, the Hillsdale County Clerk. Benson is a Democrat and Kast is a Republican, showing that the state was more concerned with clerks performing their job well over their political affiliations. There will be a municipal election next week and accuracy is their highest priority.

In response to the change, Scott declared that her removal from the election duties was an act of tyranny. She had previously refused to allow anyone to inspect the election equipment because she believed the state would mess with them to alter results.

“The county clerk’s office and now Secretary of State are demanding I drop off my machine for unfettered access, and God only knows doing what to it,” she said. “When you have the fox guarding the hen house, somebody’s got to stand up and guard those hens.” Scott has deleted some of her QAnon content from her Facebook page, but much of it still remains on her page. The FBI listed Q-anon as a terrorist threat a few years ago.