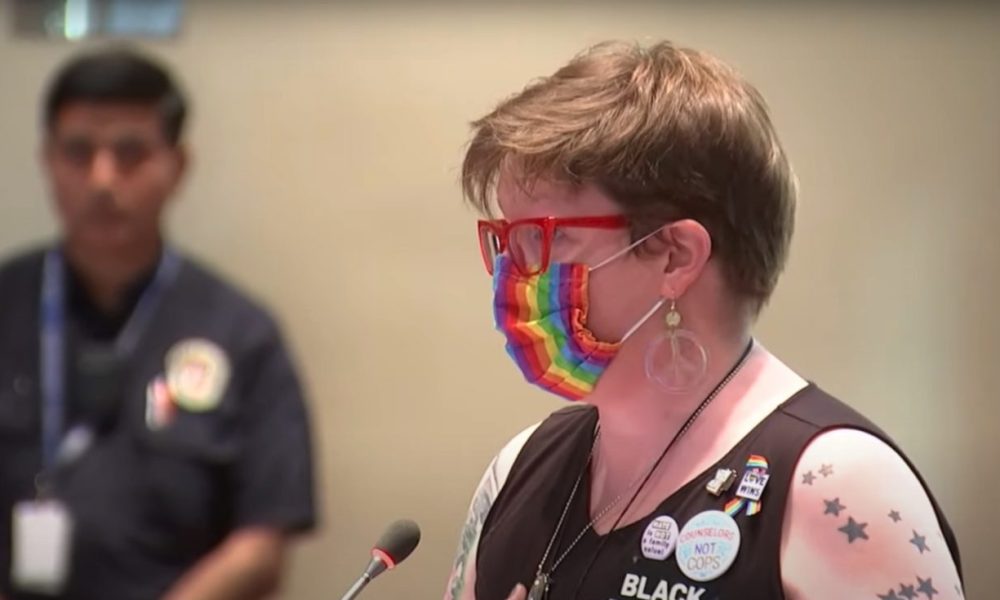 In an exclusive interview with Daily Mail, the mother of a 15-year-old student who allegedly raped a female classmate in the girl’s bathroom says her son was simply looking for sex. After the boy was transferred to a different school following the alleged incident, he was then charged with sexually assaulting a second girl.

The Loudon County mother asked to not be identified as her son is underage. She also said he’d had consensual sex with the girl on two other occasions.

“He’s a 15-year-old boy that wanted to have sex in the bathroom, with somebody that was willing,” the mother stated. “And they’re twisting this just enough to make it a political hot button issue.”

The story first came to light when Scott Smith, the father of the victim, was dragged out of a school board meeting on June 22 after school board officials denied that a girl had been sexually assaulted in the bathroom after his daughter reported being raped.

The case became a point of contention as parents in Loudon County debate over transgender students’ rights and parents’ freedom of speech. The mother of the boy, however, denies that he is transgender. “First of all, he is not transgender. And I think this is all doing an extreme disservice to those students who actually identify as transgender.”

She continued, “He would wear a skirt one day and then the next day, he would wear jeans and a t-shirt, a Polo or hoodie. He was trying to find himself and that involved all kinds of styles. I believe he was doing it because it gave him attention he desperately needed and sought.”

The mother went on to blame past “hookups” with the victim for her son’s behavior in the bathroom. She also noted the girl did not immediately report the incident.

Some conservatives have used the case to try and make the case for why transgender bathrooms are “dangerous.” Virginia Governor-elect Glenn Youngkin even used the case on his campaign as he accused the school board of covering up a rape while adding, “What tragedy next awaits our children?”