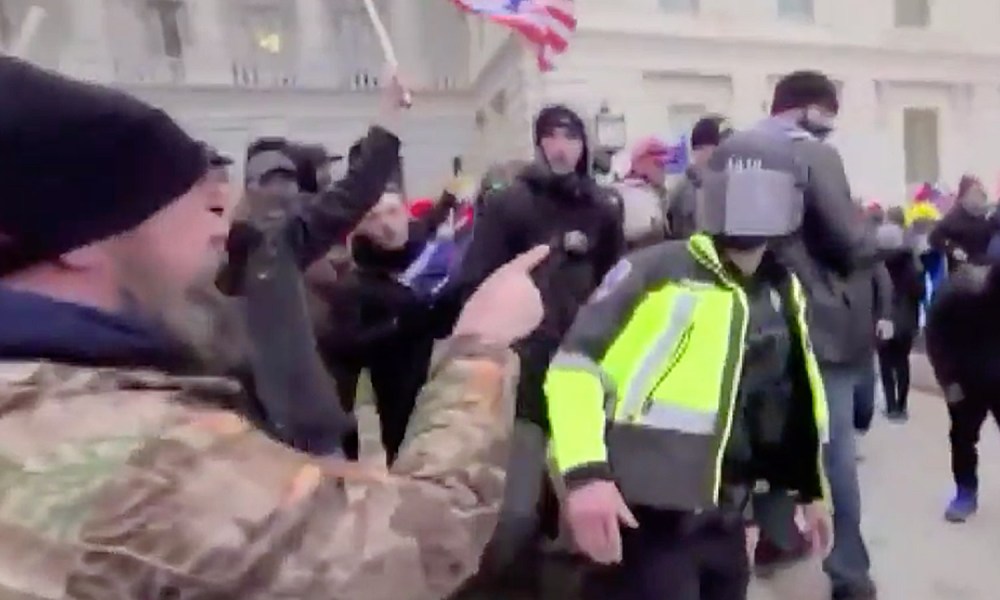 A New Jersey gym owner who punched a police officer during the Jan. 6 attack on the U.S. Capitol was sentenced Wednesday to more than three years in prison, a likely benchmark for dozens of other rioters who engaged in violence that day.

Scott Fairlamb, 44, was the first person to be sentenced for assaulting a law enforcement officer during the deadly Capitol riot. His 41-month prison term is the longest among 32 riot-related sentences handed down so far.

Scott Fairlamb pleaded guilty in August to assaulting a police officer and obstructing an official proceeding. He has been in jail since he was arrested in late January and will get credit for the time he has already spent behind bars. Fairlamb was also the first riot defendant to plead guilty to assault.

“It’s such a serious offense … an affront to society and to the law, to have the Capitol overrun and the function of government stopped,” said Judge Royce Lamberth, noting that the assault had struck “in the heart of our democracy.”

Fairlamb made an emotional statement to the judge ahead of his sentencing. “I truly regret my actions that day. I have nothing but remorse,” Fairlamb said in court Wednesday with tears in his eyes as he asked the judge for “mercy.”

Fairlamb said he had disappointed his family, including his father, who was a veteran, and noted that since his arrest he has not spoken to his brother who is a Secret Service agent, “out of respect for his position and our government.”