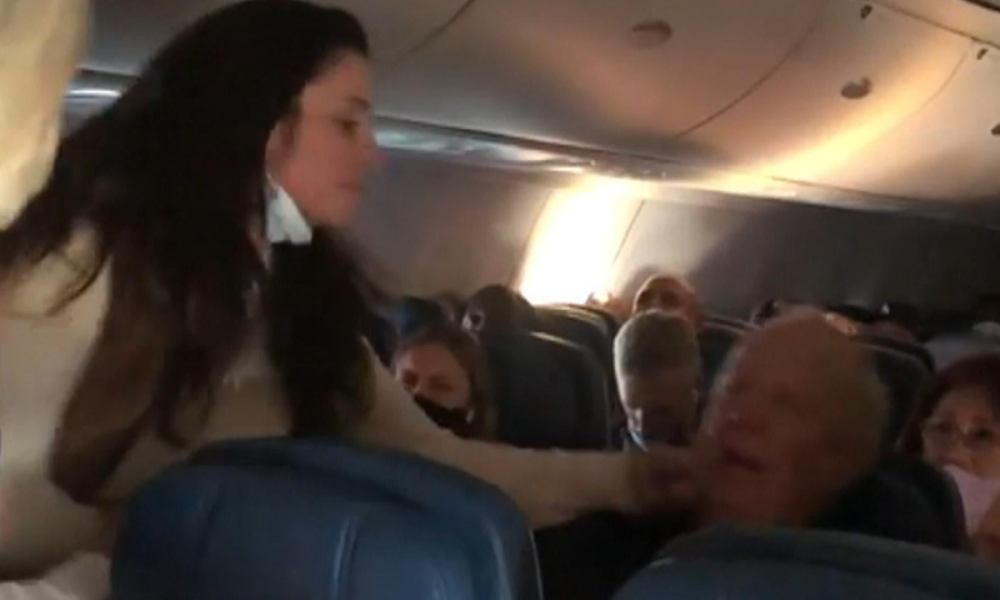 A woman was arrested by the FBI after she slapped a spit on a passenger aboard a Delta flight from Tampa to Atlanta.

She was accused of causing a “disturbance” that led to the “injury of fellow passengers and Delta employees,” police said (New York Post). Patricia Cornwall was arrested after yelling at someone to put their mask on.

“Put your f-ing mask on!” She yelled at the other passenger. He responded with “sit down, Karen!” She continued to tell him to shut up. Cornwall had her mask below her chin throughout the incident. “You mask up, b-!” He yelled. The woman responded with, “you’re going to jail!”

Crew members restrained the woman as she yelled down the aisle. According to TMZ, the woman was mad that the man didn’t have his mask up while eating and drinking. Police met employees at the game when the flight landed in Atlanta.

Officers contacted the FBI after the incident. They took custody of Cornwall. A Delta representative said, “Flight 2790 from Tampa to Atlanta was met by law enforcement after an unruly customer disturbance during flight. Situations like these are rare for the vast majority of our customers and Delta has zero-tolerance for unruly behavior at our airports and aboard our aircraft.”