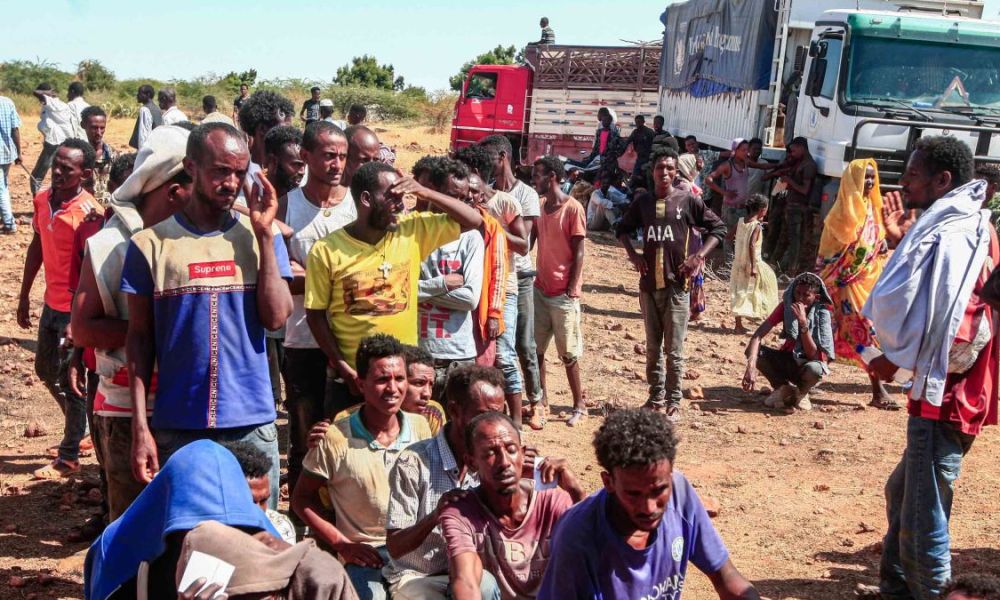 The Tigray region of northern Ethiopia is on the verge of a humanitarian disaster, the UN has said, as fighting escalates and stocks of essential food for malnourished children run out.

The World Food Program (WFP) said on Friday that it would be distributing its last supplies of cereals, pulses and oil next week to Tigray, where more than 5 million people are estimated to be in need of food assistance.

In a blunt warning to the warring parties and international community, World Food Program spokesman Tomson Phiri says his agency’s humanitarian operation in northern Ethiopia is about to cease. He says war in the region is blocking the passage of fuel and food.

“Stocks of nutritionally fortified food for the treatment of malnourished children and women are now exhausted, and the last of WFP’s cereals, pulses and oil will be distributed next week,” said Phiri. “Because of fighting, food distributions are at an all-time low. WFP aid workers on the ground tell me that warehouses are completely empty.”

Fighting broke out between Ethiopian government troops and Tigrayan forces in November 2020. Conditions have gotten worse since then. The World Food Program says 9.4 million people in northern Ethiopia now require humanitarian food aid, an increase of 2.7 million from only four months ago.

In Tigray alone, the United Nations says 5.2 million people depend on international assistance to survive. It says 400,000 people are living in severe poverty and another 2 million are on the brink of poverty.

The WFP aims to provide food aid for 2.1 million people in Tigray and for an additional 1.1 million people in the Amhara and Afar regions. However, money is in short supply. The U.N. food agency is urgently appealing for $337 million to carry out its emergency food assistance program in Northern Ethiopia over the next six months.