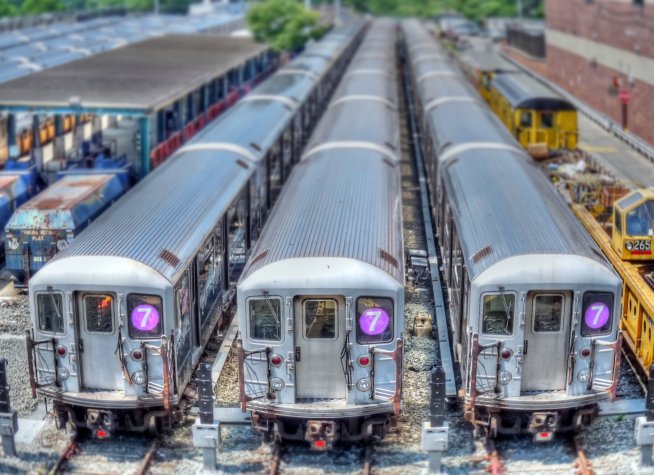 Osama bin Laden wanted to derail trains in New York, Washington, and Chicago on the tenth anniversary of 9/11, intelligence sources revealed this evening.

Reports from Associated Press, Reuters, Agence France-Presse, CNN, The Daily Telegraph (London), and The New York Daily News revealed that US intelligence services discovered the plot after examining computer disks and other information-storage media that US Navy SEALs had seized in their May 1 raid on Bin Laden’s compound near Abbottabad, Pakistan. The SEALs killed Bin Laden, three other men, and one woman in that raid.

The information analysts found that Bin Laden had been considering, as recently as February of 2010, a plot to cause trains to tilt so that they would derail on a curve in a valley or on a bridge. The first published reports said only that Bin Laden considered such attacks at an “undisclosed location(s)” on September 11, 2011. But Fox News was reporting on television, beginning at 7:00 p.m. EDT, that Bin Laden was planning to derail trains in or near New York, Washington, and Chicago. CNN also reported that the US Department of Homeland Security had issued an alert to police departments everywhere, informing them of plots against US railways but naming no specific cities.

The details became available so quickly because, according to The Telegraph, the information on the computer media was not encrypted. This recalls the circumstances of the capture of Khalid Sheikh Muhammad, then the chief operational planner for Al-Qa’ida (“The Base”), in 2003. A US team caught him with his pants down—literally—and with a laptop computer containing an unencrypted file listing multiple computer and Internet account passwords. Such seeming disregard of elementary tradecraft has fueled idle speculation that the entire Al-Qa’ida scenario is a myth that successive administrations have promulgated to instill unnecessary fear in the minds of US citizens and residents, so that they might:

Thus far, no source suggests that the planning for the derailment plot moved beyond the conceptual. One anonymous source told CNN,

I would not view it as an operational plan. I am not aware that anyone was tasked to carry it out.

I hope there has been numerous public apologies from prominent muslim leaders on major USA news networks apologizing for acts of terrorism world wide against westerners. Included in that coverage would hopefully be hard core muslims holding up effigies of Osama Bin Laden in an unflattering way to show their condemnation of such acts of mas murder. You probably won’t see much of that.

Hello, I stumbled on your site from reddit. It is not an article I would typically read, but I liked your thoughts on it. Thanx for making a piece worth reading!