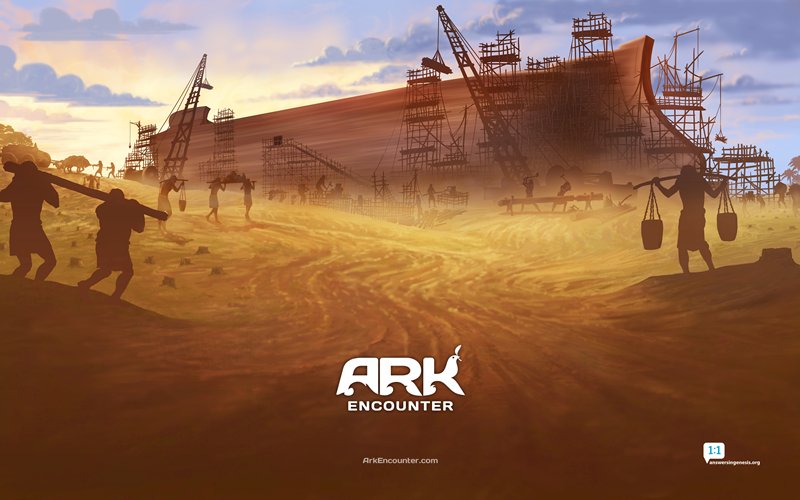 Critics who say that no useful insights come from creation science can now eat their words. A new rescue vessel based on Noah’s Ark proves them wrong.

The Wall Street Journal reports that ISE Industry of Japan has designed something not seen in 4400 years: a lifeboat for the land. The designer took his inspiration from Noah’s Ark, and gave specific credit to God as the Best Naval Architect that ever was.

The company began work on the concept a week after the March 11 Japan earthquake and tsunami. As damaging as the earthquake was, the tsunami was worse. It crested far higher than anyone anticipated. (The tsunami, not the earthquake, caused the meltdown at the Fukushima-Daiichi nuclear power station.) ISE official Norio Yamamoto told the Journal that his company wanted a vessel that could protect people if another big wave washed over the ground that they stood on. Seeking higher ground was not enough, because there was no ground high enough to avoid the water.

That is exactly what destroyed the human race, and all the animals, in the Global Flood, 4400 years ago. Only one vessel—Noah’s Ark—survived the event and protected its eight-person crew and its cargo of animals.

ISE Industry used Noah’s Ark as the model for their largest rescue vessel. That vessel is not nearly as large as the original Noah’s Ark. But its proportions are very close to Noah’s proportions.

God instructed Noah how to construct the ark to survive the Great Flood because God was the only one who knew what it would take…Our thinking is that perhaps there is only God’s way left.

The illustration in the WSJ article shows three models, one round, one cubical, and one long. The long model looks most like Noah’s Ark. All three seem to draw half their total height in the water. Tim Lovett (Noah’s Ark: Thinking Outside the Box) predicted that Noah’s Ark also drew fifteen cubits, half its height of thirty.

Sea trials have been very promising. All three models are seaworthy even when severely overloaded. The six-seater, for example, can stay afloat even with 27 passengers aboard. This resolves the obvious “lifeboat dilemma” in favor of taking on as many passengers as can squeeze in.

A model of Noah's Ark under construction. Credit: Creation Museum, taken and used by permission

Noah’s Ark was 300 cubits in length, 50 cubits in beam, and 30 cubits in height. Lovett (and Morris and Whitcomb in The Genesis Flood) concluded that Noah’s Ark drew 15 cubits. The Bible (Genesis 7:20) says that the Flood waters rose to 15 cubits above the highest ground. This, then, was the shallowest depth that Noah’s Ark had to clear during its 150-day voyage.

Lovett, in Thinking Outside the Box, says that the Ark’s proportions struck the best balance of strength, stability, and the ability to ride the waves without injuring or killing everyone and every living thing on board. A taller ship might capsize. A longer ship might break in two in rough seas. A broader ship would give everyone a rough ride.

The long-model ISE Ark is much higher for its length and beam than Noah’s Ark was. All three models probably have one thing that Noah’s Ark did not have: ballast, or something to weigh down the bottom so that the vessel will stay upright. The ballast might be part  of the hull. (Noah’s Ark was made of wood; ISE builds its arks of steel.)

A more apt name for the project would be a direct translation of the Hebrew name, tebah, which means lifeboat.

This is the most spectacular instance on record of an industrialist using insight from the Bible record to develop a product. (ISE has taken 20 orders thus far for its various models.) One of the most common criticisms of creation theory is that it has yielded no practical scientific insight or invention. That criticism is no longer valid.

The point here is that the design of the ISE Ark draws from the same principles that informed Noah’s Ark.

You guys do realize that the Noah flood story is nonsensical, right?

Not at all. It is well-attested fact.

John
Reply to  Terry A. Hurlbut

Terry, you’re going to have to back that statement up with some evidence outside of the Bible.

I’m not sure how this is a win for creation “science”. The story of a great flood, and a guy surviving it, is older than the Bible and likely inspired by a man surviving a massive flood on the Tigris or Euphrates rivers on a raft. The fact that boats float on water should not come as a shock to anyone.

The Bible offers a more fantastic version of this story, but one a lot less believable (seriously, how did koalas get on the Ark?)

The boats here are not exact replicas of Noah’s ark in any sense, in fact, two of the boats look nothing like the ark.

Also, considering that these boats likely have lots of technology that Noah’s ark didn’t (you name one, ballast) this isn’t some evidence that proves the ark story feasible.

So I don’t see how this is a win for creation “science”. It seems more like a win for naval architecture.

There’s a ton of evidence both inside and outside the Bible. I would suggest googleing books on creation science or searching amazon. Also, the creation museum in Cincinnati has a website with references to many sources.

I’m not very good at debate or arguments. If you’re curious to examine such evidence, it’s most efficient to learn directly from the scientific experts in fields of geology, history, biology, and astronomy.

On the other hand, if you are afraid to read or examine anything that may contradict or challenge your beliefs, then don’t waste your time.

The so-called museum outside of Cinncinatti also has an exhibit explaining how dinosaurs lived during the same time as man. Creationists are far worse than just being dumb…they try to alter scientific fact to meet the ridiculous needs of their myths.

Correction: evolutionists try to alter the facts to meet the demands of their myths. Dinosaurs did live side-by-side with man, both before the Flood and afterward. And more than that, some of them are alive today. Lake Champlain, Lake Okanagan, Loch Ness, and Lake Windemere each have a pod of plesiosaurs—though if the Scots don’t clean up Loch Ness pretty soon, the Nessies are going to die.

Bill
Reply to  Terry A. Hurlbut

I truly wonder if you have the mental capacity to tie your shoes. Loch Ness? Really?

[…] A Japanese industrialist has designed a new kind of “lifeboat for the land,” that people can use to survive a tsunami. He based his design on Noah’s Ark. […]

As far as I can tell, the only inspiration that was taken from the bible is to make a big boat. It is fairly obvious that the bigger the boat, the bigger the wave it can withstand isn’t it? I reckon that if tasked with designing a boat to protect me from big waves, I would have designed one that is big, without having to consult a very old book. In fact, a helicopter would have been even better. Why didn’t Noah build a giant helicopter?