Operation Fast and Furious was bad enough for running guns into Mexico. We now learn that some of the “straw buyers” were felony convicts.

William LaJeunesse at Fox News, and John Hayward at Human Events, describe two of the straw buyers. Jacob Wayne Chambers and Sean Christopher Stewart together bought over 360 guns in separate buys. Mexican drug cartels hired them to do this. But their cases stand out for another reason: both are felony convicts. Chambers had a conviction for felony burglary and trafficking stolen property. Stewart had arrests for arguably worse behavior: stalking in violation of court orders. Yet Chambers bought 70 weapons, and Stewart 290.

The country knows that “straw buyers” would buy many more guns than any one man would need, and given them to the Mexican gangsters. But it didn’t know until today that the law doesn’t allow some of the “straw buyers” themselves to buy even one gun. Why, then, could Chambers and Stewart buy any guns at all?

The FBI’s National Instant Check System should have flagged them. In fact, it did. So FBI officials would call the Bureau of Alcohol, Tobacco, Firearms and Explosives (ATF) about the failed instant checks. And ATF would tell them to let those convicts buy the guns anyway.

When LaJeunesse and his colleagues asked the FBI about this, the FBI answered, “No comment.” But that won’t be good enough if Darrell Issa at the House Oversight Committee decides to send for some FBI men to tell his committee what they know.

Ambassador in the dark 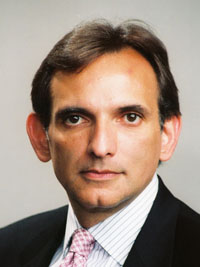 Carlos Pascual, the United States Ambassador to Mexico who cabled Washington about guns flowing into Mexico, not knowing about Operation Fast and Furious.

The Los Angeles Times reveals another twist on the story. The United States Ambassador to Mexico did not know what was going on. Two ATF men attached to his embassy cabled Washington about the flow of weapons into Mexico. The ambassador naturally assumed that small-time crooks were running in the guns. In short, he thought that the straw buyers were the key. He had no idea that his own government was the gun-runner—or the gun-walker—in the case.

Those two attachés will testify tomorrow before Issa’s committee.