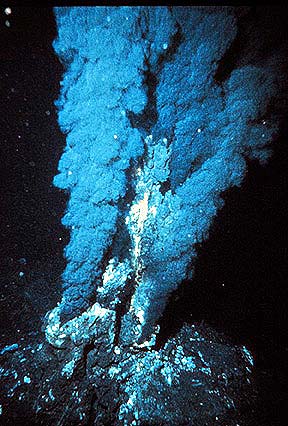 In Creation Day Three, God finished what He began the Day before: shaped the earth’s crust to create oceans, and land for planting. This was not a separate miracle, but a continuance of the same one.

Recall that on Creation Day Two, God placed a solid shell between two masses of water. This shell was much thicker (10 miles) than the water above or below (3/4 mile each). But it was much thinner than its radius of about 4000 miles. So the Hebrew word raqia, meaning a thin, hammered sheet, is a good metaphor for this shell.

A uniform shell would have kept its shape and remained submerged. It would have the water deep to it to hold it up. The Bible attests to these subcrustal waters in several places, not merely in Genesis 1:6-7 but also Psalm 24:2, Psalm 33:7, Psalm 104:3, Psalm 136:6, and 2 Peter 3:5. That last verse also attests to what happened next. (The source of these first two links is Brown WT, In the Beginning: Compelling Evidence for Creation and the Flood.)

Molding of the crust

Formation and shaping of the earth's crust to form the dry land and first oceans. (Figures not drawn to scale.) Graphic: Walter T. Brown, Jr/Center for Scientific Creation

In fact, the shell was not uniform. Some parts of it were more dense, hence heavier, than others. The heavier parts sagged, displaced the subcrustal water beneath them, and formed depressions that drained surface water into them. These changes made the heavy portions sag even deeper, until at last they rested on the floor of the subcrustal chamber and formed pillars.

Those pillars would thicken, as pressures would deform the rock like putty and pour it into place, like concrete mix. The heavier pillars would sink into the chamber floor and anchor themselves, like building pilings.

The more lightweight portions of the shell deformed upward, as the surface water drained off them, and the subcrustal water moved beneath them. Eventually they broke the surface, and formed the familiar dry land.

For when they maintain this, it escapes their notice that by the word of God the heavens existed long ago and the earth was formed out of water and by water. [2 Peter 3:5, NASB]

Or some might translate the beginning of that verse as “…they deliberately ignore this fact:…”

The Greek verb synistemi, which translates as I am formed or I consist, comes from the preposition syn– together and the verb histemi I cause to stand. (Greek dictionaries list verbs in first-person singular present tense, not the infinitive that English dictionaries use.) And what is the earth, or the dry land, standing on? The pillars that the sagging areas formed. The dry land also stood out of the water because the water drained away from it. It also “stood up” by means of water, because the water underneath the crust pushed the crust upward to form dry land. In fact, the dry land areas formed arches that rested on the pillars. An arch distributes its load evenly on all its parts.

Genesis goes on to say that God named the dry land earth (Hebrew eretz), and named the surface waters seas or oceans. And now God says that this is “good,” because now God is finished shaping the crust. Or more accurately, God made the crust to shape itself in this way. Part of the economy-of-miracles principle is to assume that God would work any miracle as efficiently as possible.

Place in the creation sequence

Brown (see above) points out the place of the shaping of the crust in the overall sequence. Several commenters, including some on this site, have asked:

Why did God make light twice? What was wrong with the first light?

That isn’t the issue. The real issue is: Why didn’t God make the Sun (and the Moon) on Creation Day One? Why wait until Creation Day Four?

The answer: the solar and lunar tides would have disrupted and cracked the crust during this critical stage. God is Efficient but He is Not Reckless. Before He subjected the crust to the tides, He allowed the crustal pillars time to form, grow roots, and stand firm. He also allowed the dry land time to set and form its arches.

(That this system failed 1,654 years later is most likely due to some unrecorded act of man. Recall that “the earth [was] filled with violence” in Noah’s day. A future article will lay this out in greater detail.)

[…] Reprinted from Conservative News and Views Share this:EmailPrintFacebookLinkedInStumbleUponTwitterTumblrRedditGoogle +1 This entry was posted in Apologetics by Terry Hurlbut. Bookmark the permalink. […]