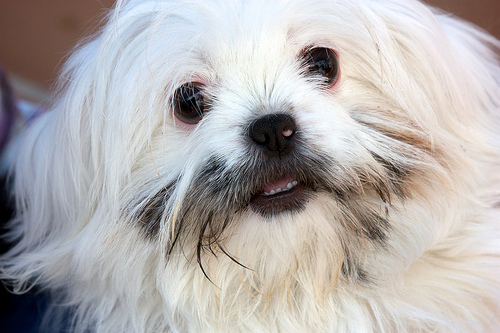 It’s laughable to read what the enthusiastic Republican establishment and progressive left want you to believe about their fair-haired boys, Mitt Romney and Chris Christie. Fact: Governor Chris Christie, the so-called “attack dog” and savior of New Jersey, is a  “barking dog” that won’t bite! He’s more like a Shih-Tzu (no-pun-intended, well maybe.) Instead of protecting the people of New Jersey, he’s stumping throughout Iowa for Mitt (Flip-Flop) Romney) as if these two RINO’s hold conservative values.

Know the truth and the truth will keep you free. [John 8:32, paraphrase]

Every election the establishment pundits create this illusion of grandeur. Elect their candidate, and they will return our nation to greatness. That brings me to Chris “Blunderbuss” Christie, during his speech in Iowa creating illusion of grandeur about Flip-flop and why Iowans should vote for him:

Well let me tell you after three years of Obama, we are hopeless and changeless and we need Mitt Romney to bring us back, to bring America back.

And truly laughably, he ended his blather with:

Now he’s sounds like a reincarnated General MacArthur. Please go back and stay there! Jersey needs a Constitutionalist, not another RINO.

To those unfamiliar with my previous articles: let me explain why this Jersey-ite calls Gov. Chris Christie a “Blunderbuss.” The meaning is simple, “short wide-muzzled firearm of the 17th century, used to fire shot with a scattering effect at close range”. If you’re looking for a straight shooter, neither man meets that criteria.

The travesty of New Jersey redistricting 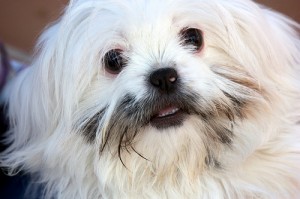 On the other side of the coin, we hear “Flip-flop” Romney saying:

We finally have to have someone go to Washington who will do what Chris Christie is doing in New Jersey, which is to finally bring sanity to the people there, to work across the aisle.

Work across the aisle? Give me a break! As Governor of New Jersey, Chris Christie re-appointed Alan Rosenthal as tiebreaker for the New Jersey Legislative Apportionment Commission. This same liberal judge once said it’s OK to draw lines that ten years ago made sure incumbent Democrats kept power with a redistricting map that defies law. Once again the new districting map protects all Democrats. It looks like a jigsaw puzzle, and facilitates a permanent political class. What did “Blunderbuss” do? Nothing!

The people of New Jersey had to take this to court without “Shih-Tzu”’s help. He certainly wouldn’t want to upset his progressive friends on the left, and surely not order his Democrat Attorney General to bring a legal action.

That being said, Romney’s assessment of Chris Christie made me feel as if I were walking through a cow pasture without boots. I’ll be short: let’s take a short walk down memory lane and review some of “Blunderbuss’” accomplishments here in New Jersey. Did I say accomplishments?

What has Chris Christie accomplished?

Here in the “People’s Republic of New Jersey”, this so-call “attack-dog governor” allowed a liberal State Supreme Court to legislate from the bench, in total violation the United States Constitution.

We have a Council on Affordable Housing (COAH), which mandates that each municipality comply with erecting low-income units under the threat of legal reprisals from the Court though completely unconstitutional. Since COAH was so ridiculous and unconstitutional “Blunderbuss” changed the name to the Department of Community Affair” Wow, that changed nothing, it still unconstitutionally abuses our towns and villages.

How about education funding? Here again in New Jersey the liberal Supreme Court legislates from the bench. It unconstitutionally forces taxpayers to spend a mere half-billion dollars on the so-called Abbott Districts. These thirty-one districts receive the lion’s share of the State’s education budget, a budget that the State raises through income taxes from all other districts. This is a direct transfer of wealth, an expropriation of the property of some for the unearned benefit of others. And what did “Blunderbuss” say or do about these unconstitutional rulings? He said: “I don’t like it the ruling, but I’ll obey the Court”.

Excuse me for saying that the 14th Amendment still exists. In both instances, the Court deprives people of property without due process of law, and denies to some the equal protection of the laws just because they are “rich(er).” No precedent exists for the Governor to accept any ruling that violates the United States Constitution. Nor does any precedent force him to accept any ruling from a Court that believes it can legislate from the bench. Only the legislature has the authority to create law (including the power to tax), not liberal judges! But “Blunderbuss” Chris Christie did say that he “didn’t like the ruling”, Now that’s an attack dog (or should I say one vicious “Shih Tzu”) in action. And, here’s a question; since when is it legal to force small municipalities to give to the “specific welfare” of failing urban Democrat Districts (or ritzy Democrat donors’ districts, like Hoboken, with its new waterfront condominiums!) without written law?

Amazingly, our so-called conservative “Shih-Tzu” retained Jon Corzine’s (“I don’t know what happen to the billion plus dollars in my investment firm”) left-wing Attorney General. Why? Just who makes the decisions in New Jersey? Did I forget to mention, “Blunderbuss” Chris Christie refused to  join any legal action against ObamaCare, or even support the most comprehensive petition against ObamaCare in the nation, that the citizens of the State of New Jersey brought. [Purpura v. Sibelius, Supreme Court Case No. 11-7275] He’s a real cheerleader—for Democrats running for office. Anything Conservative he won’t touch with a ten-foot pole.

These two bedfellows, Mitt Romney and Chris Christie, are like peas in a pod. They belong together. Just think; if Romney wins, “Blunderbuss” might become his Attorney General to replace Eric Holder. Instead of a “Fast and Furious” anti-Second Amendment zealot as Attorney General, we might get anti Second-Amendment Christie. He will probably start “gradual disarmament” with Romney’s blessing.

Well, voters, you have a choice, You can dance through the liberal flower garden with Mitt Romney, as Chris Christie would have you do, or wake up! These two are so far from being Constitutionalists they don’t even touch the ground.

EXCELLENT NICK….simply excellent. I’m so sick of the totally misleading “conservative” reputation of Mitt & Big Boy. They both sicken me. When the hell are people going to wake up?