Has Barack Obama become the country’s greatest gun pitchman? Gun sales are now so brisk that gun stores are running short of guns and ammunition. And the owners of those stores give the credit—or the blame—to the man now holding office as President, Barack H. Obama.

The Star-Telegram (Fort Worth, TX) reported last Sunday that gun sales had now caused gun stores nationwide to run short of guns and ammunition. They also reported record numbers of requests for criminal background checks on people seeking to buy guns. The Star-Telegram had these statistics:

The paper quoted the site Ammo.net as giving credit to Barack Obama as “the greatest gun salesman in America.” Ammo.net does not have that quote on its site, though it might have appeared in its e-mail newsletter. But Ammo.net does donate 1 percent of its revenues to gun-rights advocacy groups of their customers’ choice, and says so on its home page.

The paper also asked local gun-store owners to explain the heavy gun sales. All repeated stories their customers had told them to say why they were buying so many guns and so much ammunition. The reasons were all the same: the American people are likely to re-elect Barack H. Obama. If the Republicans nominate any of the four men still contending for that honor, then his chances of defeating Obama are not promising. And those customers say that Obama and his Attorney General, Eric Holder, have been at “war” with gun owners since Obama took office and appointed Holder.

Anthony G. Martin (Examiner.com) picked up on that story, and added this link to Nate Silver’s article in The New York Times. Silver said that “the fundamentals” now say that Obama will win a second term. That story appeared on February 15, before the price of motor fuel climbed to a February record. 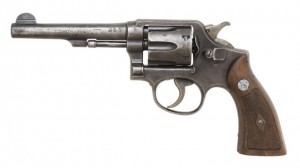 He also confirmed the same motive for the higher gun sales: people are afraid that, should Obama win a second term, he will slow down or forbid gun sales.

Gary Allen, a retired policeman living in Hackettstown, New Jersey, confirmed that gun sales were running “through the roof,” and higher so far this year than last. He also warned that ammunition was running short.

Wayne La Pierre, Executive Vice President of the National Rifle Association, spoke at this year’s Conservative Political Action Conference. He talked about how important the right to keep and bear arms really is, and said that Barack Obama, if he wins a second term, could take that right away from people. (See video below.) He called on gun owners everywhere to vote against Obama to preserve their rights.

David Codrea, also at Examiner.com, coldly observed that signing an order, or a new law, to stop gun sales, or even to take guns away from people, is one thing. Enforcing such a law would be a different matter. To make his point, Codrea cited this two-and-a-half-year-old post by his colleague Mike Vanderboegh. Vanderboegh compared gun owners today to the “three percent” of colonials who supported the American War for Independence. He finished thus:

We are the people that the collectivists who now control the government should leave alone if they wish to continue unfettered oxygen consumption. We are the Three Percent. Attempt to further oppress us at your peril.

To put it bluntly, leave us…alone.

Or, if you feel froggy, go ahead AND WATCH WHAT HAPPENS.

See also this series of articles about Operation Fast and Furious.

Knowing and witnessing what the White House occupier has done with forcing his socialistic / fascist agenda upon American citizens, I have no doubt, that if he wins another 2nd term as fraudulent White House occupier, he will attempt to severely limit, or altogether take away American 2nd Amendment rights. Why shouldn’t he, since the US Constitution is held (by him) in such contempt. After all, he (incorrectly) believes that the Constitution is a “living document” subject to continual social engineering by the likes of himself.

The Constitution is a living document, but any “engineering” requires an act of Congress and ratification by the states. Hardly something that would change if most of the population was against it.

Trouble is, TMNHOAPOTUS seems to think that the Constitution means whatever he says it means, any time he says it. Bad enough when SCOTUS acts that way. When the executive so presumes, that is a direct threat to freedom.

I’d like to know exactly what you mean by that comment, Terry. The President can only exercise direct authority by means of executive orders: are you claiming that any of Obama’s executive orders are unconstitutional? I haven’t heard any tea party complaints of that nature before. Apart from those orders, the President signs (or vetoes) bills submitted to him by Congress. In that light, by what do you justify your claim “that the Constitution means whatever he says it means, any time he says it”?

Neither do I know what you mean by your comment about SCOTUS. Marbury vs Madison clearly established that “It is emphatically the province and duty of the Judicial Department to say what the law is.” – an opinion that only seems to be challenged when right wingers don’t get their way.

You – and the tea party movement – claim to respect the constitution. Why do you insist on spreading lies and misinformation about two of the three branches of government that the constitution establishes?

I remind you that Obama explicitly complained to Univisión (pronounced “You-knee-vee-ZYOWN”) that they could not expect him to keep all of his campaign promises to them at once, because he was not a king.

He is, in short, The Man Who Would Be King.

Telling a (not very funny) joke isn’t unconstitutional either.

Well, at least you agree that Obama’s joke wasn’t very funny. You have hope yet. But it’s not the joke; it’s the attitude that the joke betrays.

We don’t need any new gun control laws. Let’s enforce the punitive sanctions of the laws we now have on the books. For example many gun control advocates like to point at the Brady bill and how many firearms have been kept out of the hands of those who should not have them by that law. Yet the Brady bill has penalties for those who attempt to buy guns illegally. Compare the number who have been denied purchase to the number who have been penalized.

In my eyes, good gun control is hitting what you aim at. They will get my guns when they pry my cold dead fingers from the hot smoking barrel.

And how can you be sure of that? Remember that Obama will be in no position (nominal) to seek re-election again. So he will be able to do anything he wants. And what he wants is for no one, save a trusted, favored LEO, to own, carry, or especially use, a firearm.

Those who know their rights, know that the only way to stop that is a cold, hard, practical way. Get the guns now, and he can’t take them away from you even if he tries. That was Mike Vanderboegh’s point two and a half years ago. It is still valid.

Actually, I’m not so sure how successful Obama would be getting additional gun control laws thru Congress. They still have to stand up for re-election and such laws are, in general, not very popular.