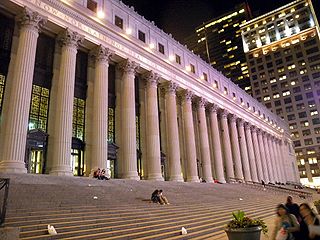 Ayn Rand wrote no essay against the post office. But she did tell Alvin Toffler (Future Shock), in the Playboy Interview, what she thought of it. Private citizens, she said, should own and run the post office, and “streets, roads, and above all, schools.”

I advocate the separation of state and economics.

Yet Ayn Rand mailed letters, and the occasional package, through the post office. Why? Because she had no alternative, other than to deliver her own mail (and come in to pick it up). Had she tried to hire her own “runners” to do it, the government might have arrested them. 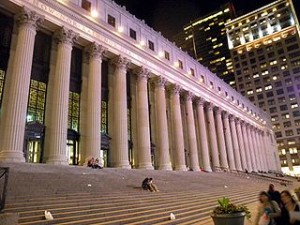 Historically, the United States government has maintained a post office, originally as a Cabinet department but lately as a “public-private partnership.” Under that arrangement, one company, by law, has a monopoly on delivering mail of certain “classes.” (Other companies can deliver express mail, or parcels.)

The Constitution at least authorizes this.

In 1844, Lysander Spooner challenged the Post Office monopoly with his American Letter Mail Company. The government took various legal measures and closed him down in 1851. The government took so long only because many federal juries nullified the Private Express Statutes and acquitted Spooner’s messengers. (Jury nullification can set one defendant, or group of defendants, free one time. It can never set a binding precedent.)

In 1968, Thomas Murray formed the Independent Postal System of America. Time said this about IPSA in 1968:

Shades of Wells Fargo and the old Pony Express. In cities throughout Oklahoma last week, a pair of young businessmen, Thomas Murray, 43, and Darrel Hinshaw, 31, were operating their own private postal system in direct competition with Uncle Sam—and making money at it too. No wonder. The U.S. Post Office these days is a monument to inefficiency, and week after week the catalogue of complaints grows fatter.

If any of that sounds familiar, it should. The present US Postal Service does no better than the old Post Office did.

IPSA at first carried only third- and fourth-class mail. But when that company tried to carry first-class mail, four different letter carriers’ unions sued them. Though those unions lost at trial, the legal expenses were too great for the company to carry. The company collapsed in the mid-1970’s. (Note: some of these were the same unions that called a strike against the Post Office. In reply, President Richard M. Nixon deployed troops to sort the mail.)

The Hawaii Post and Rattlesnake Island posts are the only two “local posts” that run today. They serve communities that are too remote for the current US Postal Service to serve.

The only other companies that competed with the Post Office for any of its services were United Parcel Service and the old Railway Express Agency. Then came Federal Express, which launched the boldest business model yet: overnight delivery from any part of the country to any other. They, too, challenged the Post Office, especially in their advertising. Finally the Postal Service Commission made a new rule: any First Class mail pieces in an overnight express envelope must each bear a USPS stamp. Can we say, Stamp Act?

Today the USPS must shut down several post office stations and mail-sorting plants. The reason: electronic mail has displaced longhand or typed letters for most messages. Already the unions are pushing a bill to stop the USPS from doing this. Yet the putative President has already proposed to stop delivering or picking up mail on Saturday.

So why did Ayn Rand mail letters through the Post Office? Because the government, or its unions, would not let anyone else carry mail for her. Had any court told the American Postal Workers’ Union or any of the other three to pay attorneys’ fees, Murray’s IPSA would be working today and she would have had an alternative. Today Ayn Rand would no doubt send e-mail, and PDF files, exclusively.

Answering the first question answers the second. If the US Postal Service went away, a modern Lysander Spooner or Tim Murray would form another ALMC, or another IPSA. Both companies did a better job than did the Post Office in their day. They, or similar companies, could do so again. UPS, FedEx, DHL, and similar firms already deliver most parcels more efficiently than does the USPS. First-class mail would be no different. Mail is a service, like any other. A “universal mail delivery system” has no mystical quality that makes it superior to a private company.

That, of course, reminds one of another thing that Ayn Rand said repeatedly. Every dictator, she said, is a mystic: one who pretends to some secret power (or ally) that he alone has (or knows). Nostalgia for a government post office is yet another mystic obsession that a free people can break away from.

This is another article in the Ayn Rand World series.

Note the difference in price? Well, that’s private versus state for you. Subsidising something to make it affordable for all. Of course, in your little world, where the poor don’t matter, them not being able to afford to send letters and parcels doesn’t concern you. What next? Close the libraries? How DARE people be able to just read books without buying them. In fact, how DARE people read? Filling their heads with pesky facts, instead of the drivel the politicians and ministers want them to believe.

hey, here’s a thought – why not privatise the police and fire service too, along with hospitals, doctors and the post office? Let those who’ve paid their monthly subscription receive protection, or have their burning house put out. Of course, you’d better have your membership number on hand when you dial 911, so they can check you’re up to date before they respond. Let everybody else get robbed and raped and burnt out. The we can privatise the military. Why should the tax payer pay for the US to invade a country to get their oil. If Halliburton wants Iraq’s Oil, let their 5th Armoured brigade invade. Just think of all the money you’d save then – not spending trillions on the military. Funny how that seems to be the only thing you aren’t willing to compromise on.

Wait… here’s an even better idea. Why not just ship everybody who earns less than you off to labour camps, so they can do all the work and you’d be free to relax in your WASPy neighbourhood, untarnished by having to see poor people. We’ve already seen from a previous post that you have no problem with slave labour, so why not go this route. Just think – they can work until they die for a scrap of food. No more social welfare, no more healthcare, no more poor people voting for change.

I’m interested to hear your views on the view of Conservative budget author, Paul Ryan’s take on Ayn Rand:

“I reject her philosophy. It’s an atheist philosophy. It reduces human interactions down to mere contracts and it is antithetical to my worldview. If somebody is going to try to paste a person’s view on epistemology to me, then give me Thomas Aquinas, don’t give me Ayn Rand,” he says.

Ayn Rand was wrong to reject God entirely. For one thing, she took the distorted version of Christianity for the real one. For another, she utterly failed to recognize that order does not come by accident. Someone had to set it in order. She never figured that out. And, sad to say, I will never have the opportunity to ask her about that.

I’d like to know Terry thoughts on the fact that Rand’s thoughts directly influenced Anton LaVey’s Church of Satan. In fact, LaVey and Terry seem to have identical economical outlooks.