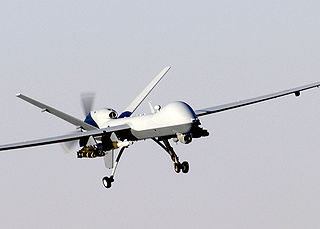 The US Air Force ignores the Constitution to fight crime in America. Most people don’t know that city police forces are doing likewise. They probably also don’t know that a free society does not have to hold itself at the mercy of criminals, in or out of government.

The US Air Force fights crime 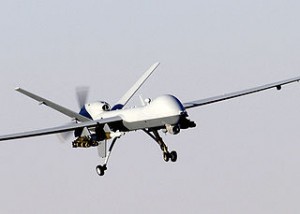 Robert Johnson, summarizing for Business Insider, shares how the Air Force got into the crime fighting business. He begins with a new law that authorizes the Air Force to build and fly 30,000 drones (“Unmanned Aerial Vehicles”) in American skies. Then he cites this briefing that came to him from InfoWars and The Drudge Report. The briefing does not baldly say that the Air Force may spy on Americans without their permission. But if it takes a picture by accident of an ordinary American citizen or lawful resident, going about his business, it may keep that picture for months. And it may share it with the local police.

Judge Andrew P. Napolitano was, as anyone could imagine, apoplectic.

Bureaucrats gave themselves the authority to [take pictures] of us in the privacy of our backyards.

The judge pointed out that the Constitution and several federal laws forbid the Air Force to do any of this. He’s right, of course. This violates “freedom and security of the person” under the Fourth Amendment. If watching someone in his back yard is that urgent, says the judge, get a warrant! Warrants are easy to get, especially under exigent circumstances. Any judge knows that sometimes probable cause takes on a new meaning if the police have good reason to suspect that someone is going to kill another person, for example. Crime need not rule to respect civil rights.

Napolitano could have cited the Posse Comitatus Act of 1878. It says that military service members do not fight crime on American soil. Nor do they help the local police, unless other laws let them do this. Any officer who does break this law can go to prison. Surely that would apply to flying drones over American cities. (Or it should. Judge Napolitano fears that Congress will “look the other way,” as it did when the putative President sent the Air Force and Navy to Libya.)

Yesterday, Richard Cohen wrote in Investors Business Daily about another side to crime fighting. Michael Bloomberg, the Mayor of New York, has ordered the New York Police Department to “stop and frisk” people, seemingly at random, for weapons. In his city, only a police officer, military service member, or other person with very special permission, may carry a gun. Mayor Bloomberg knows the old proverb:

If guns are outlawed, only outlaws will have guns.

So he decided to take the guns away from the outlaws. To do that, he must stop and frisk people. Most of these people are minorities, because that is where the crime happens. So Bloomberg claims 5600 people who did not die from an act of murder since he became mayor. But the mayor also admits that New York’s Finest stopped 685,724 people and took away 780 guns.

New York City is largely crime free…, and that, as the number-crunching mayor is glad to tell you, is central to a robust economy. Whole areas of the city have risen from the dead. Stores have opened. People stroll the streets. The sound of a car alarm is almost nostalgic and the handmade sign to save thieves the bother — “No Radio” — is seen no more. New York is a vast movie set.

But, says Cohen, the price might be simply too high. Mayor Bloomberg beat crime. But is his city a police city-state? How attractive is that?

Any society can fight crime in one of two ways. It can have the police anywhere and everywhere, looking into anything and everything it pleases, when it pleases. That costs money to hire the extra cops and have them run down often fruitless leads. It also deprives everyone of the liberty that the Constitution guarantees to everyone.

The second way is to let the targets harden themselves. Today the stores are open, and people stroll the streets, only because, if they don’t have a gun, neither does the next guy. Suppose instead that would-be criminal and target were each as likely as the other to have a weapon. The result would be the same.

An armed society is a polite society.

It also costs far less to keep it polite. And it leaves people free to be their own masters. That is what the Constitution means by “secur[ing] the blessings of liberty” for the people who wrote it, and the generations to come.

Sadly, too many people have chosen the first way to fight crime. That is why Judge Napolitano took alarm. Have the people turned their society into a prison as the price for removing the gangsters and the petty thieves and murderers? Which is the better model for fighting crime? Is it New York of 2012? Or might it be Coffeyville, Kansas, in 1892? The answer might well say whether we are free, or slaves.

“are major American cities fighting crime at the expense of liberty and the Constitution?”

Ask your hero Joe Arpaio, who has admittedly violated the constitutional rights of US citizens by searching and detaining them without probably cause to do so.

Is there some reason you refuse to acknowledge Arpaio’s transgressions against the constitution?

Sheriff Arpaio has admitted no wrong. And now that the Justice Department have foolishly decided to take legal action against him, he can now defend himself.

He didn’t admit he was wrong, per se, he just admitted that he detained and searched US citizens without probable cause. No one disputes it. Not the DOJ, not Arapaio. Why are you pretending like it didn’t happen?

Regardless of who said what, do you even concede that it’s possible Arpaio’s thugs violated the constitutional rights of latino citizens? Or are we dealing with Saint Arapio here?

I forgot to ask…and please be honest: Have you even read the complaint alleging Arpaio and his thugs violated the constutional rights of US citizens? Or are you just blindly defending him?

Not the actual complaint, but I’ve read the usual summaries. All it adds up to is that he stops more Mexican look-alikes than others. Well,

The Constitution does not give anyone a free pass to come to America. Nor to commit crimes with impunity because enforcing the law would skew the statistics on stops and arrests as a function of race.

Yeah, we’re back to my point about you not reading the complaint…

These are American citizens we’re talking about. Born and raised in the US of A. They happen to be of Mexican descent. They have had their constitutional rights violated by Arpaio and his thugs.

That’s your opinion, as to their citizenship status (“anchor babies” do not meet the “subject to the jurisdiction” criterion), their treatment at the hands of the MCSO, and your use of the normative word thug to describe MCSO deputy sheriffs. A court will now decide, not you.

So you think it’s a crime to look Mexican???

Didn’t say that. But when a preponderance of Mexicans commit crimes, including the obvious crime of illegal entry into the United States, well…?!?

Then I suggest you read the complaint itself, Terry. The most serious violations were committed against hispanic U.S. citizens who were mistreated by Arpaio’s men under the assumption that they were illegal aliens.

On one occasion, a deputy stopped a pregnant Latina woman as she pulled into her driveway. An officer told the woman, a US citizen, to sit on the hood of the car. “When she refused, the officer grabbed her arms, pulled them behind her back, and slammed her, stomach first into the vehicle three times. He then dragged her to the patrol car and shoved her into the backseat,” the complaint said.

On another occasion, members of the Human Smuggling Unit are accused of placing a Latino father and son in zip-ties because they lived in adjacent house to a home targeted for a human smuggling raid. The father is a permanent legal resident, and his son is a US citizen. According to the complaint, “The officers entered the …house and searched it, without a warrant and without the residents’ knowing consent.” The complaint indicates the father and son were both required to sit on the sidewalk for “more than one hour, along with approximately 10 persons who had been seized from the target house, before being released.”

Anyone who cares about the Fourth Amendment should be outraged at this – basically, if you’re hispanic and in his jurisdiction, you’re going to be treated as guilty until proven innocent; warrants, reasonable suspicion and due process be damned.

Are you just being contrarian? Can we speak to the Terry Hurlbut who wrote the article? The one who would rather keep his constitutional rights than sacrifice them for the prospect (or illusion) of safety?

“Have the people turned their society into a prison as the price for removing [illegal immigrants]? … The answer might well say whether we are free, or slaves.”

That is what you said. Do you know what “Si usted no puede hacer el tiempo, no cometa el crimen” means? It means “If you can’t do the time, don’t do the crime”.

The whole point of the suit against Arpaio is that he was arresting people based on the way they looked.

And do you *really* mean that most Mexicans are criminals? Are you that much of a racist?

Exactly! If you can’t do the time, don’t do the crime.

The anecdotes I have heard about this case are just that: anecdotes. I reserve all, and I mean all, judgment as to the veracity of the accounts.

It gets worse, Terry. Did you know that 39 Squadron Royal Air Force also operates drones – MQ1s and MQ9s – from Creech AFB, Nevada? Yes, that’s right, a unit of a foreign air force is flying some of those machines.