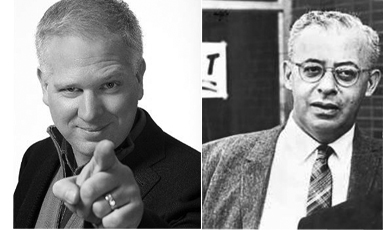 You have been opening your nightly show on GBTV with the statement “The network you are building”.  In a sense you are correct, at least in a small way, possibly one brick or one 2×4 was purchased with my membership fee.  And in the more real meaning, I and so many more of your audience are helping you build an alternative news organization simply by being long time and devoted listeners.

So much of what I know and understand about the tactics and ideology of the left, I know and understand, because of you.  Yet, now because I and, whether you know it or not, a very large percentage of your viewers, have refused to accept that Obama is a legitimate and eligible president, pursuant to  demands for sound and solid proof failing to materialize, each of us find ourselves ridiculed, belittled and spoken of as if we were some type of Jim Jones fanatics.  Not just by the left and the media, but by Glenn Beck. 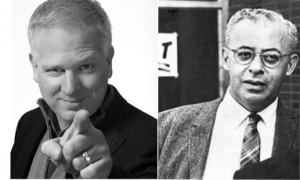 You, Glenn Beck, have spoken of Alinsky and his “Rules for Radicals” and how they have and continue to be used, to shut down dissent by freezing, personalizing and polarizing it.  You have learned that lesson well and many of your fans felt the stinging barbs of that tactic this week when you once again, in complete conformance with Alinsky, targeted, froze, personalized and polarized patriotic Americans with the label of “Birthers”.

The term Birther was invented and attached to concerned citizens, many of which learned how to question the status quo from you.  The term was created to isolate, and you Glenn, have joined the perpetrators in your very demeaning,  acerbic and hurtful use of it.

Not one individual to whom I have spoken or has written to me has ever considered himself a Birther.  Each and every one of them consider themselves to be Americans who love their country and the Constitution from which our freedoms have been afforded.   Again, many of us have taken to actually reading, and as a result, understanding the meaning and intent of our founding fathers when they penned the Constitution.  It is clear to us that just exactly what they feared when they wrote Article II, has indeed manifested itself in the disaster named Barack Hussein Obama.  Or at least we think that is his name.

Birthers? No, Glenn Beck. Constitutionalists!  Nothing more, nothing less.  Unlike the left and apparently you too, we are not going to spout our love and dedication to the Constitution and then pick and chose the parts we will abide and ignore those deemed inconvenient.

The challenge I referenced in the heading is twofold.  Take this opportunity to show everyone you are truly different, in actuality, from the those in the old media.

1) Put all the name calling and condescension  to the side for a moment and show your viewers the proof you have that Obama was born in Hawaii.  You have it, show us.  It has been proven that anyone could get a newspaper to print a birth notice and of course that notice would never be accepted as proof of anything.  While you are at it please show us the proof that the birth certificate Obama manufactured and posted on the internet has not been fabricated.  And finally, declare to your audience that you have in fact, watched the entire news conference and presentation by Arizona’s Cold Case Posse and then tell us where and why they got it wrong.

2) Use the Blaze to post a few poll questions to find out if you and the rest of the media have been successful in isolating and polarizing the people and this issue.  I predict you will be shocked at the percentage of your readers that you have not convinced, they have seen proof, they have not seen.

Here are the questions, if you dare:

In closing, Obama does not have a birth certificate, except for the one he made.  You and the rest of the media know this.  It is clear you have reasons for ignoring it.   All of us who depend on Glenn Beck pray to God your reasons are virtuous.  Time will tell.