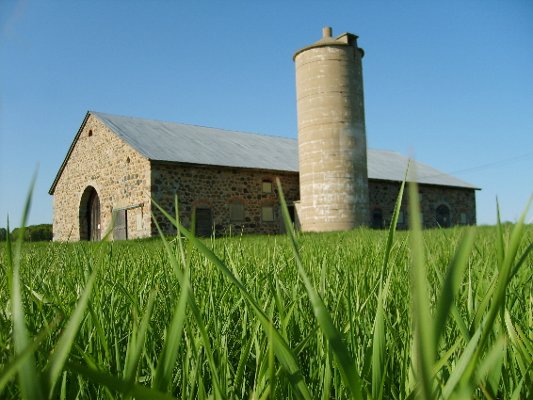 Wisconsin voters will either keep or change their governor on Tuesday. And the Democrats, and their surrogates, gave away the game late last week. How? They complained that Governor Scott Walker (R-Wisconsin) struck at Democrats’ ability to organize and campaign. They should never have admitted that labor unions are the prime organizing arm of their party.

Walker and his old opponent, Mayor Tom Barrett (D-Milwaukee), dispute almost everything. They cannot even agree on the facts. No one expects them to agree on which of them has the momentum. (In fact, Walker leads Barrett 52 percent to 45 percent in this Marquette Law School poll. Naturally, Democrats dispute that, at least in public.) But they can’t even agree on whether their State still has a deficit or now has a surplus. Nor whether their State has gained or lost jobs in the last two years.

But the two sides do not dispute the reason for this recall. Two years ago, Scott Walker broke the power of public-employee unions in Wisconsin. He severely limited their collective bargaining power. And for the first time, governments no longer automatically collect dues from a worker’s paycheck. With the result that more than half the members of those unions have quit. Why? The union leadership won’t say this in public, but they probably would like to say,

Why buy the cow if you can get the milk for free?

Puns on Wisconsin’s famous dairy industry aside, the workers see it differently. They probably ask,

What have you done for me lately?

The answer: Nothing. Nothing except to make the state a laughingstock two years ago, when State Senators fled the State to thwart a quorum call. And to feather the beds of the union’s officers. And worst of all, take their hard-earned money to give to politicians, and a Party, with the platform of which they vehemently disagree.

The real Democrat issue in Wisconsin 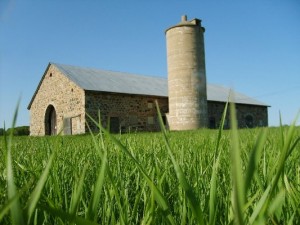 The Democrats should have left this race alone. The putative President, Barack H. Obama, has. (And Wisconsin Democrats bitterly resent him for that.) But some Democrats, and their friends in the media, have doubled down.

E. J. Dionne Jr. is one. Last week, he accused Walker of trying to stop people from voting. He began by criticizing new laws that force voters to identify themselves when they come to vote. That canard was bad enough. And then Dionne “jumped the shark.”

They also sought to undermine one of the Democratic Party’s main sources of organization.

How’s that again, E. J.? Did you just admit that unions, and especially public-employee unions, are one of your Party’s main sources of organization?

How did Dionne say that Walker “undermines” the unions? Limiting collective bargaining is not the same as stopping unions from organizing the “shop.” He is on somewhat more solid ground when he mentions that unions must re-certify periodically. He does not mention that workers now must (and therefore may) decide for themselves whether to pay dues. He does not mention that because more than half the workers decided not to.

But more than that: the unions embarrass themselves whenever they admit their political bias. They assume, without warrant, that anyone who works for the government, votes Democratic. That more than half the members quit the union when they could, speaks the loudest. The unions have held many voters captive for a long time. Scott Walker rescued them, or at least helped them escape.

So who is really repressing anyone? Walker? Or the unions?

Investors’ Business Daily pointed out another way that the Democrats are weak in this vote. Since Walker’s Act 10 went into effect, Wisconsin taxpayers have saved a lot of money, and they know it. A vote to recall Walker would be a vote to go back to the days when the unions looted the public purse, brazenly and with impunity. And it would give unions the power they always had to tilt elections toward the fiscally irresponsible.

IBD could afford to say that out loud. E. J. Dionne Jr. could not, and should not have. That he did, shows how brazen he is. And if his brass is typical, no wonder the Democrats will lose the recall.

And if they lose the recall, they likely lose Wisconsin this fall. More than that, they lose more power in their “main source of organization” in every State where they still have it. They probably lost it already, because Scott Walker got results. He saved taxpayers’ money and brought jobs into his State. (Or more correctly, he let them in, after so many Democratic governors chased them out.) Other governors will watch closely, and many of them will do the same thing. And voters in other States will pay attention. Obama stayed out of Wisconsin to avoid the taint. But he tainted himself long ago. Maybe that’s why more than forty percent of Democratic primary voters in three other States voted for houseplants instead of Obama. This fall, they will either sit on their hands, or vote against Obama. Even if that means voting Republican for the first time in their lives.

One of two things will happen after this. Maybe all other States will learn from Wisconsin and break the power of the unions, as Scott Walker did. More likely, some States will, and others won’t. People will then “vote with their feet” and move from the States that don’t learn from Wisconsin, and to Wisconsin and other States that do learn. Ten years from now, the House of Representatives might shift even more seats from liberal States to conservative States than they did after the last Census. And because

All bills for raising revenue, shall originate in the House of Representatives,…

that bodes very ill indeed for the Party of comprehensive government.

[…] Wisconsin Democrats give away the game […]