One can hardly think of the genesis of the American Revolution without thinking about taxes. The tyranny Great Britain exercised over the American colonies was not limited to but certainly included unjust taxation. Given the recent U.S. Supreme Court decision, it would be wise for us to take a moment and reflect upon a time when liberty and the pursuit of happiness were encumbered by unbridled taxes. And we must once again ask ourselves in these United States if the power to tax is still the power to enslave.

Taxes that provoked a Revolution 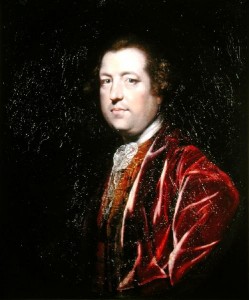 The Molasses Act of 1733, imposed taxes on imports of molasses, which were used primarily for the production of rum. This tax was not passed to raise revenue but to regulate trade. It was repealed in 1764.

The Sugar Act of 1764 is closely associated with the Molasses Act but it was a revenue raising tax that was also known as the American Revenue Act or the American Duties Act. It was repealed in 1766.

The Stamp Act of 1765 taxed every single piece of paper the Colonists used. It was repealed in 1766.

The Townshend Act of 1767 was a series of five Acts of indirect taxes placed on paper, paint, lead, glass and tea that were imported into the colonies. The implementation of this tax led to the occupation of Boston in 1768 and the subsequent Boston Massacre of 1770.

The Tea Act of 1773, contrary to popular belief, did not impose taxes but undercut the business of local merchants. (It did this by giving favored tax treatment to the British East India Company.) The Tea Act is commonly associated with the Boston Tea Party.

These taxes were eventually followed by The Progressive Income Tax, which was declared unconstitutional by the Supreme Court in 1894. Justice Stephen Field was outraged by the proposed tax and stated that such a tax would eventually lead to a war of the poor against the rich. It is unfortunate that Justice Field wasn’t the fifth member of SCOTUS in 2012.

In 1913 the Progressive Income Tax morphed into our present day Income Tax, which was passed through an amendment to the Constitution. Originally, this was a flat tax with a maximum of 10% that was to be applied to the top 2% of the wealthiest citizens. Presidents Wilson and Roosevelt turned Field’s predictions into prophecies. They instituted and escalated class warfare through taxation. They learned quickly that you could buy votes through tax incentives. In 1975, President Roosevelt’s son, Elliot, stated:

My father may have been the originator of the concept of employing the IRS as a weapon of political retribution.

Unfortunately, he wasn’t the only one. 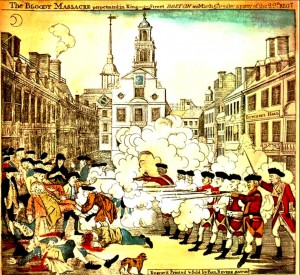 The tax acts that enraged our Founders were symptoms of a greater injustice – the injustice of tyranny. They recognized that it is necessary for the well being of a nation to have the ability to tax, but they also recognized that this power to tax needed to be limited. This is why they wrote Article 1, Section 7 in the Constitution that stipulated that all bills for raising revenue had to originate in the House of Representatives, whom they believed were living in closer relationships with their constituents than those in the Senate. They also wrote that taxes had to be uniform and equal throughout the United States. Later, the 14th Amendment extended this to equal protection of the laws.

The idea of a progressive income tax that increases proportionately with one’s income was not something our Founder’s envisioned, nor would they have imagined that we would tax one group of citizens for the benefit of other citizens. James Madison said: “The spirit of party and faction would prevail if Congress could tax one group of citizens and confer the benefits on another group.” Madison wrote in great detail about taxes in Federalist No. 10. Obviously, John Roberts never read or did not embrace Madison’s writings on taxation.

I will close with an appropriate 1857 quote from Frederick Douglas, U.S. Marshal and the son of a slave:

Find out just what people will submit to, and you have found out the exact amount of injustice and wrong which will be imposed upon them…the limits of tyrants are prescribed by the endurance of those whom they oppress.

We can blame John Roberts, Nancy Pelosi or Barack Obama. But whether or not ObamaCare becomes the law of the land, rests in our hands. For the sake of posterity, may we rise to the challenges the modern day tyrants have imposed upon us.

Governor Christie, will you opt out?

Obama and the depravity of human nature

You leave out one very key fact — the revolution wasn’t due to taxes, per se, it was due to taxation without representation — the colonies had no voice in parliament.

No,w unless you’re a resident of the District of Columbia, you have representation. (And the fact your Congressman and Senators are not sufficiently conservative to suit you does not make you unrepresented.)

Well, taxation with representation isn’t much better. Not when “representatives” take instructions that amount to:

Don’t tax you. Don’t tax me.
Tax that fellow behind the tree.

TheEgyptian
Reply to  Terry A. Hurlbut

That is an argument for changing your representative, nothing more. Unless you have a hugely profitable nationalised industry like the Gulf States, or some tiny micro-state, then you can’t have government without taxes. And all good Objectivists advocate strong government to keep all those parasitical poor people in line.