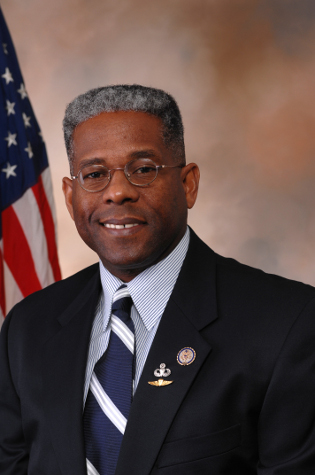 This is one writer that’s sick and tired of hearing the pundits tell us who or how to unify the Republican Party by pandering based upon race, color, or ethnicity.

There’s this cry for Senator Marco Rubio. He the right man politically and can unify the Hispanic community, maybe. Yes, he is a good Senator. But there’s one major problem. Marco Rubio does not qualify as an Article II ‘natural born Citizen’. Case closed! The usurper in the oval office would love to see him on the ticket. Dick Morris, you may be an astute political analyst, but you are ignorant when it comes to understanding the Constitution. No, Dick. Senator Rubio should not even be considered.

Than we hear Romney’s wife saying, “We need a women on the ticket.” So whose name pops up? Condi Rice. Please give me a break, and stop trying to she galvanize the black vote. When you do that you alienate the right to life voters. I could go on but the rest of her baggage is not worth going into.

Either of the above people assures Obama a win! If the Republican Party hopes to see Mitt Romney in the White House, if they will have any chance at all, they have only one choice.

The Best Man to Unify a Winning Team 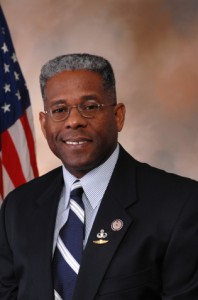 Representative Allan B. West is a true voice of all true Americans who can appeal to all Americans. As a veteran knowing Col. West history, I’ll follow him into hell. As would every member of his military unit.

A True Voice of the American People

The press has the audacity to tell us Allan West is the new voice of the African Americans. How they love to create a racial divide. I’m sick and tired of you clowns making race, ethnicity and religion an issue. Allan West is an American! Americans come in all colors nationalities, races and religions. That’s what makes us exceptional, something numb-nuts will never understand.

So let me be clear, Rep. (Col.) Allan West is a voice of the American people. What this country needs is an educated patriot that speaks for all the people, not any selective group. Col. West is the only true voice out there at this time. It’s not the black vote, or the vote of any one group it’s the vote of every American citizen that will put the Marxist out of a job, (did I say job, this clown does nothing but tear apart the Republic) In truth, both parties stink! Just maybe A Romney –West ticket could unify us again. It is for that reason we in the United States need a patriot, and educated man that can be respected by all the voters regardless of party.

What the Republican Party Needs

Gov. Romney may be an excellent businessman. As a former financial expect I say he should be proud of his Bain Capital accomplishments. But that’s not enough. That being said, conservatives, constitutionalists, and libertarians want a restoration of our Constitution. We what a real American hero to lead this nation into the future. We want a man with military experience, a man who commands the respected of all the people; as well as foreign leaders.

Sorry Mitt, get the heck off the fence. Col. West won’t upstage you. You need a team that appeals to all Americans, not just moderates. I challenge anyone, even any other Republican, to meet Congressman West’s credentials on Romney’s so-called short list. Col. West is that decorated soldier with military experience and strong conservative values to match. West received his bachelor of arts degree from the University of Tennessee and his master’s degree in political science from Kansas State University. He also earned a master of military arts and sciences degree from the U.S. Army Command and General Staff Officer College in political theory and military history and operations.

It’s time the Republican establishment wake up and smell the roses. A ‘Romney, West’ ticket will be the strongest ticket the Republican Party has ever put forward. Ask yourself this, Gov. Romney: would you like to debate Col. West? think about the Democrat Marxist cluster *$#@ he will be facing.

Isn’t it time for Americans to come together and take back the greatest country in the world? Isn’t it time to stand tall?

“stop trying to galvanize the black vote. When you do that you alienate the right to life voters.”

The racism is on Obama’s part, not that of the original speaker of that quote. He bases his whole campaign on the narrative of a slave race in revolt.