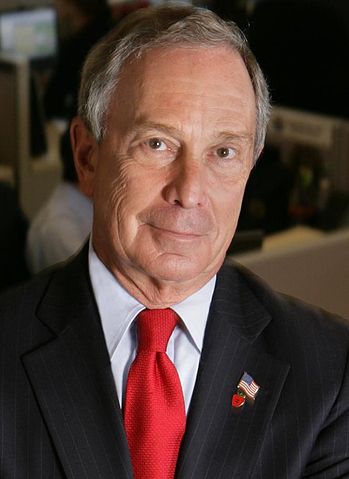 On July 24, Michael Bloomberg, Mayor of New York, proposed something incredible. He actually called for police officers to go on strike and demand gun control. Michael Bloomberg seems to want to control everything in his city, especially guns. But now he might have started a debate he didn’t want to start.

The video embed shows the amazing interview that Mayor Bloomberg gave to Piers Morgan of CNN:

I don’t understand why the police officers across this country don’t stand up collectively and say we’re going to go on strike. We’re not going to protect you unless you, the public, through the legislature, do what’s required to make us safe.

Police officers want to go home to their families. And we’re doing everything we can to make their job more difficult, and more importantly, more dangerous, by leaving guns in the hands of people who shouldn’t have them.

What Mayor Bloomberg said should shock anyone. The basic theory of militarized police is that they stand between peaceable civilians and violent criminals and gangs. Now the commander-in-chief of this small army (his words, not those of CNAV) has threatened to withdraw that service unless the public somehow guarantee the safety of the police. What a cowardly thing to say! And has Mayor Bloomberg no sense of irony?

Mayor Bloomberg is famous for telling people that they shouldn’t have certain things. First it was soda pop in quart or liter sizes. Next it will be alcoholic drinks. (Turn New York City into a dry city? Good luck, Mr. Mayor!) But in his entire term of office, Michael Bloomberg has never told the public what he would trust them with. Maybe he does not think that anyone should have a gun, except a member of the NYPD, or maybe an active-duty military service member. And even then, Mayor Bloomberg would insist on a written agreement with the commanding officer involved.

Gun control does not work

Gun control, especially gun-free zones, do not work. Gun control leaves people vulnerable and wide-open. The Army should have learned that at Fort Hood in 2009. Fifty movie patrons, and the families of twelve others, learned that tragic lesson last week in Aurora, CO.

In fact, Investors Business Daily reminds Mayor Bloomberg that his city sees its share of murders of defenseless targets. He has made his city a gun-free zone, for law-abiding residents. Rahm Emmanuel took over a city (Chicago) with the same kind of grim statistics, and has done nothing to change things.

IBD has an answer:

Rather than go on strike, how about rescinding the laws that make citizens vulnerable and having the police conduct firearms training classes on how to defend your home and your family against the crazies and the predators?

Now that’s sensible. It means working with the citizens, not against them. It means recognizing that a hard target, meaning an armed target, is the last line of defense against criminals or invaders. But that would force men like Bloomberg and Emmanuel actually to trust the citizens. They won’t. They are government men, and government is all they know. Hence their calls for gun control.

Go ahead, make our day 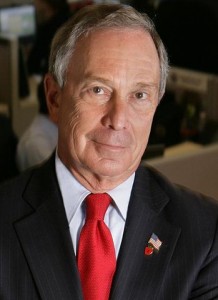 That’s what IBD said. They meant

Go ahead, Mr. Mayor; make peace with your citizens and trust them as you would have them trust you.

But in patriot circles, another cry has risen:

Go ahead and strike, and we shall see how well we can get along without you!

Military-style police are a modern invention. Professor Robert I. Roots at Seton Hall University Law School suggested, in 2001, that they are unconstitutional. They are standing peacetime armies that States and cities have raised and supported. Arguably this violates Article I, Section 10 of the Constitution:

No State shall, without the consent of Congress,…keep troops or ships of war in time of peace.

Congress, by passing the Posse Comitatus Act, might have consented to State and local police forces. Roots did not mention this point, either. But he does say that, as standing armies, modern police forces would remind any of the Framers of the Constitution of British troops that enforced law among the citizens. That was one of the grievances in the Declaration of Independence:

(Roots said that “many police organizations lobby incessantly for gun control.” In 2001, they did. But in 2010, the sheriff of Ashtabula County, Ohio, laid off half his deputies. Common Pleas Judge Alfred Mackey advised the people: “Arm yourselves.”)

The Declaration also cites this grievance, that might now apply to Mayor Bloomberg. In calling a police strike for gun control:

He has abdicated Government here, by declaring us out of his Protection.

The site Outpost of Freedom displays Root’s essay, and these excellent articles on Committees of Safety. This article gives their history in America. The point: if Mayor Bloomberg is serious about calling a national general police strike for gun control, Committees of Safety could take up the slack.

The broader point: the American people got along without police for centuries, before and after the War for Independence. If the police were to strike for gun control now, that would be a double affront to the people. It might prompt people to plan literally to get along without them. They did it before, during the Boston Police Strike of 1919:

During the strike, Boston experienced several nights of lawlessness, although property damage was not extensive. Several thousand members of the State Guard, supported by volunteers, restored order.

Gun control would not let any “volunteers…restore order” today. But the Boston experience shows that the people don’t really need the police. In 1919, the press shamed the police into coming back to work. Today the reaction might be slightly different. And in no event would gun control gain any respect.

Mayor Bloomberg took his strike call back after several Members of Congress, of both parties, publicly said he was crazy to make it. But he can’t undo the damage. The Secretary of State will likely sign a global gun control treaty in two days. Now the people have fresh reason to question that, and look again at their relationship with government.

History should not make Mayor Bloomberg very confident that this plan will succeed. The history of the British Tarrif laws alone should be cautionary. One of the original articles of the Methodist faith was that Methodists should not traffic in smuggled goods. Smuggling was endemic throughout Great Britain. The success of both Narcoti and Alcohol prohibition is another cautionary tale. Alcohol prohibition fueled much of the gang violence during the roaring twenties and the much vaunted fire arms laws that to this day prohibit possession of fully automatic weapons unless the owner holds a certain type of Federal Firearms license may owe its success less to the ban, and more to the decline in alcohol trafficking. FFL regulations certainly have not prevented drug gangs from obtaining and using machine guns.

I got a sneaky hunch that “Bloomy” is losing it. His grandious delusion that he’s some sort of “caretaker” or emperor is bordering on insanity. I think he’s in for real trouble in his next election. His contempt for regular people is apparent and often exposed…I think that no matter ho much he spends, he’s all done…..or New Yorkers are just plain stupid.

Actually, he’s in worse trouble: with the law. The Taylor Ordinance forbids the police to strike, on any grounds. Of course, that wouldn’t stop the police from striking anyway. But the word I get is that New York’s Finest wouldn’t call a strike over gun control, or any other strictly political issue.