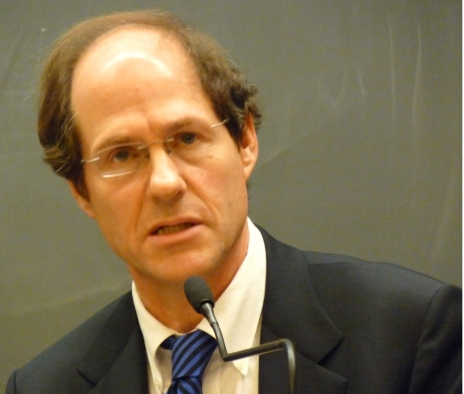 Cass Sunstein, Barack Obama’s “Regulatory Czar,” resigned today. Reports say that he will go back to Harvard Law School. But no one will say why he resigned. He has earned conservative wrath and tried liberal patience. But even those might not be his real reasons for leaving.

Cass Sunstein was one of the most powerful men in the Barack Obama White House. He ran the Office of Information and Regulatory Affairs. That office dates back to the Paperwork Reduction Act of 1980. But the document that best describes its role under Barack Obama and Cass Sunstein is Executive Order 13563. It sets forth “General Principles of Regulation.” One sentence sums up:

All this, then, is the purview of the officer that most wags called “The Regulatory Czar.” Cass Sunstein was a “czar” indeed. If Ayn Rand lived today, she might recognize Cass Sunstein as Wesley Mouch, Top Coordinator of the Bureau of Economic Planning and National Resources.

So why would he leave so suddenly, to go back to being a law school professor? First to announce his departure: Politico.com. Reporter Mike Allen had the text of Barack Obama’s written statement about Cass Sunstein leaving the White House. Obama said a lot about what a hard and valuable worker Sunstein has been. But he said nothing about why Sunstein is leaving. Obama did not even use the old chestnut about the resignee “wanting to spend time with his family.” 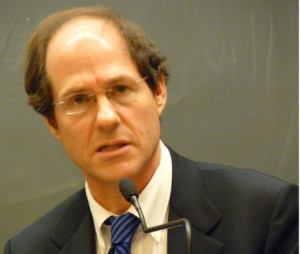 Anyone can understand why the right would fear him. But the left, according to Adams, grew impatient with him. He didn’t “nudge” the American people hard enough for their taste.

But that cannot be why he must leave, or why he would want to leave. Aaron Klein at WND speculates on other reasons. Klein reminded his readers of all the reasons to fear Cass Sunstein. Sunstein poured contempt on the First Amendment, and on the Constitution in general. He wanted to change both to make “progressive” governance easier. He would actually forbid, by law, the spread of what he called “rumors” and “conspiracy theories.” That would include saying that global warming is a fraud. He also wanted to send government agents to infiltrate Internet chat rooms, and the comment spaces of Internet sites like CNAV.

But would he leave just because the game was up and he couldn’t do what he set out to do? If so, what would spook him?

What follows is conjecture, to be sure. But a reasonable man should consider it in light of recent events.

On July 19, 2012, the blogger calling himself “Ulsterman” accused Cass Sunstein, on the word of two confidential sources, of writing a blueprint for a Nazi-style putsch. A “military insider” said that, two years ago, Cass Sunstein wrote an “election contingency plan” for 2012. He gave it to Valerie Jarrett for review and approval. The title: “By Any Means Necessary.”

How might such a “contingency plan” read? If “behavioral economics” means what its name seems to say, then it would be a plan, not merely to “nudge” people, but to shove them to behave the way Obama and Sunstein would want. And that would be either to vote for Barack Obama, or to keep quiet when Obama locked the country down and suspended elections.

Three days ago, Tennessee State Representative Kelly Kiesling alerted his constituents that Obama might be planning a false flag operation, something that would look as if someone tried to murder him or a member or members of his family. Kiesling apologized the next day. If any such false flag operation were part of any “contingency plan” that Cass Sunstein had written, then Sunstein might have wrung that “apology” from Kiesling through classic Cass Sunstein “behavioral economic” style.

And it wouldn’t have been enough. The rumor did not die, and Cass Sunstein would surely know it. Could this, then, be why it’s “sunset for Sunstein,” to borrow a phrase from Klein? Did Sunstein “get cold feet”? Is he taking cover to “cover up…to save the plan,” as Richard M. Nixon might have said?

Or did Barack Obama “throw him under the bus”? And if so, does that mean that his “election contingency plan” fell apart?

Romney vs. Obama: a study in contrasts