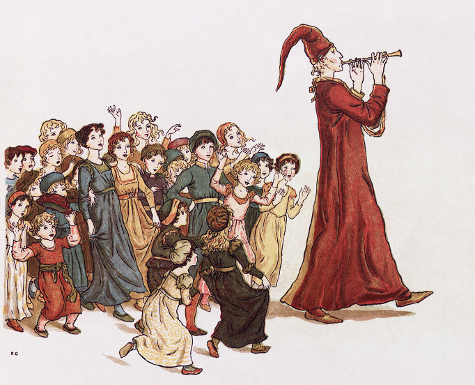 Spending the last week studying the Ryan plan on Medicare against the remarks made about it by Barack Obama and Joe Biden has produced a surprising result. The surprise is in finding that the only way Mr. Obama can deal with Ryan’s plan is to lie about it and he has done plenty of that.

When this writer is not dealing with the religious beliefs and trends in the nation I spend most of the remaining time on general trends, pop culture influences and philosophical assuagements that are the ebb and flow of American society.

Little digging is needed to capture the tone and temper of the Obama campaign and the effect it has on the people. It is open and glaringly apparent that Mr. Obama can manipulate both words and emotions with all the skill of a pied piper. What he can’t seem to do is consistently tell the truth.

But Would the President Actually Lie, Misrepresent the Facts or Manipulate the Free Election Process

Yes – is the easiest way to answer the question, but in fairness let’s look at his record of campaign tactics to see if he has ever, cajoled, threatened, coddled, omitted facts, blamed others or twisted the truth in his campaign so far.

Barack Obama has for the last three plus years blamed George Bush, the weather, earthquakes and Europe for most of the economic policy disasters he has personally engineered that are now bringing the nation’s economy to its knees. That’s not the debate, that’s the record.

We have all heard the terms, reverse engineering, reverse psychology and reverse discrimination, but now, courtesy of the mind of Barack Obama a new term has emerged. It is ‘reverse responsibility” it works both ways whether you did something or failed to do something you can’t take credit for it.

It is best seen in the cartoon art found together with an article entitled “Built By Obama: What You See Is Not What You Get” over on the wildly popular website called The Peoples Cube. The article which first appeared in PJ Media is great, but the picture says it all. In a rendering of Mr. Obama’s head are two sections, one says, “If you’re successful, it’s to someone else’s credit.” The other section says, “If you’re a failure it’s someone else’s fault.”

If this kind of thinking were found in a high school freshmen we could laugh it off and forget about it, but in a sitting president it is frightening.

Promise Them the World, but give them… 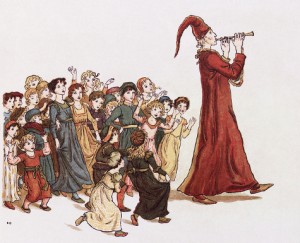 In the 1950’s Lavin perfumers launched one of its most memorable ad campaigns with the slogan “Promise her anything, but give her Arpege.” In the same spirit Barack Obama has promised, the gay community the whole world short of hoisting the rainbow flag over the White House and the Congress. With ‘Don’t Ask – Don’t Tell” gone and all new hate crime legislation enacted it may not be too far off before we see the multi colored flag waving over 1600 Pennsylvania Ave. What we know is that it is not about a flag, but it is about securing gay votes on November 6, 2012.

The thing about liars and the very father of lies himself (Satan) is that those who believe the lies not only have been duped, but they have also been gypped.

Constitutionally, the lie that the 14th amendment doesn’t cover the gays, leads to frantic, fearful and fanatical ways to prove that anyone who disagrees with them must be motivated by hate.

On the theological or biblical level, they have been duped and ultimately gypped because the lie that they have been, ‘born that way’ effectively keeps them from the truth that they need to be “born again.” (Jn 3: 1-8)

Pander to Special Groups and Minorities

Hispanic votes have been bought and paid for with a single stroke of the president’s pen by the recent executive order that grants amnesty to dependents of illegal aliens. Add to this the easing of border restrictions and now millions of Hispanics would not dare risk the ousting of their champion for fear they may be deported. This is pandering with executive privilege which historically speaking is unprecedented and lends new meaning to the word – pandering. It lends nothing to the character of the president.

Since the border enforcement agencies have been defanged, 15 murders and rapes have been committed by released illegals. Exposing American citizens to murderers and rapist to garner a few votes makes simple lying look tame by comparison. Do Mr. Obama’s policies make him culpable for the murders and rapes done by the released illegal border crosser’s – not according to Obama’s ‘reverse responsibility’ thinking.

Suppression of the Military Vote, Which is Ordinarily Conservative

Before you fly away from this article in unbelief – read it yourself. The Obama camp has actually filed suit to keep our bravest and finest from voting in the last three days for early voters under the Voter Act. (UOCAVA)  Ohio is a swing state so some fifteen military organizations are counter suing the DNC so their votes are not blocked. Need details? Check out Editor, David Kupelian’s scathing article about the move to suppress and deny the traditionally conservative military vote from being cast.

Pennsylvania voter ID laws remain intact due to the 70 page decision by Judge Robert Simpson, but other states are still embroiled in Obama and DNC efforts to have ID laws nullified. Why would anyone in the nation be upset with a law that curbs voter fraud, this is a question millions are asking?

Fraud has been found on every level. It has been shown that cats, dogs, convicted felons, dead people and imaginary people have been found on the registration rolls in some states. The Obama campaign is OK with most of them and we can be thankful that intergalactic space aliens have not made themselves known as yet, or they too, would be showing up on the voter lists.

Since neither the GOP or conservatives in general have ever been at war with women, we have only to scratch the surface to ascertain that this make believe war is based on a woman’s right to abortion. Without criticism or scolding it takes no great understanding in the use of the English language and the use of semantic devices to conclude that the death of fifty four million unborn babies and the word ‘health’ maybe the single most self-serving use of a non-sequitur in the entire history of mankind. How does the death of anyone; add up to ‘health?’

Statistically 1.37 million women a year have an abortion thus it would be well within reason to assume that most of Obama’s female supporters and sycophants come from this large bloc of voters and from those who think abortion is perfectly OK even though they may have never had an abortion.

We have all seen the pictures at Obama rallies filled with hand waving, clapping and drooling women who seem only a short step removed from pictures of frenzied teen-aged girls at an Elvis or Beatles concert.

These kinds of women would throw Mother Teresa under a bus to spend a few seconds gawking at George Clooney or a chance to briefly touch the hand of their favorite celebrity. Being fed with smiles, humor and feigned love, they can feel the heat, the luminescence and the proof that this is indeed – the man.

Nothing wrong with a little excitement, but it is the same kind of enthusiasm that helped to elect a pop-culture figure in 2008. If we have learned anything in the past four years, wouldn’t it be that pop-culture figures make very poor presidents?

It is here where we are forced to conclude that like the words of folksinger Tom Paxton’s famous song entitled ‘The Last Thing on my Mind’ it may be after all for these exuberantly impassioned sycophants’ – “A lesson too late for the learning.”

In fact under Obamacare both spending and the cost of Medicare will continue to soar. Ryan’s plan will not have any effect whatsoever on anyone over 55 and will not push granny over a cliff as Mr. Obama and his super-Pac’s are pedaling in their extremely dishonest ad campaigns. We need to get the facts and convey them to seniors before they panic on the strength of a purely politically motivated misrepresentation of the facts.

An older gentleman, many years my senior told me once that, if you want to get people onboard a cause you must be ‘against something.’ Anti- drugs, anti-alcohol or anti anything will raise someone’s ire and support will follow. In this nation the greatest presidents, were for something, usually America itself, and under their leadership the country flourished.

What is Mr. Obama for? If the last four years have revealed anything our perpetually campaigning president has proven he stands for only one thing – himself.

Using fear to extort votes from our seniors is cowardly and unprincipled, but whether you agree or not, it is obviously un-presidential. We can do better than this America

You ask the question in your excellent commentary about Obama’s decadence: “But Would the President Actually Lie, Misrepresent the Facts or Manipulate the Free Election Process?”

Nice job of answering that question by listing major avenues in which Obama apparently is at work to malevolently squeak by with a narrow election victory!

But, I prefer to answer your question with a different “twist:”

I prefer not to refer to Obama as a person; but, rather, as a monster. Once, understanding that Obama is a shameless monster; one is logically able to understand that Obama will do just about anything to hold onto his political power and position as America’s chief self destructing wrecking bar.

Here, following, are three topical messages I posted online in the early part of Obama’s [already] scandal ridden unconstitutional presidency. I categorized (with evidence) that Obama is nothing short of a sex offender and hate-monger; committing crimes against humanity. And, those of us who would like to protect innocent youth know that a confirmed sex offender is not a rational human being, but, rather a monster who needs to be executed or separated from society to prevent further abuse and molestation.

I only pray and wish that more decent Conservative groups would readily recognize and trumpet the extent of Obama’s extreme depravity, as I have:

The President of the United States: A Sex Offender? – Why Obama’s support of the abortion industry is the worst molestation of youth

What did Senator Kennedy have in common with President Obama and the late Abortionist, George Tiller?