Usually when crime bosses slip through the cracks of our justice system, we call them Teflon Dons. No matter what crime they are charged with, nothing seems to stick. However, that label may better fit those in the Obama Administration.

The most obvious of the Obama Teflon cronies is none other than our Attorney General, Eric Holder. The Fast and Furious debacle and his refusal to comply with congressional subpoenas seem to have slid off his Teflon skin. Of course we shouldn’t forget his racist instructions to the Justice Department not to prosecute black on white crimes. We have an Attorney General that arranges to have guns given to drug lords (a crime in and of itself), snubs his nose at congressional subpoenas, instructs his – I mean “our” – Justice Department not to prosecute crimes based on a discriminatory basis, and it has all just slipped off of his Teflon skin. 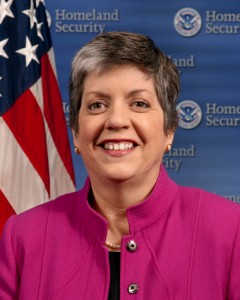 Next among Obama’s Teflon cronies is Secretary of Homeland Security, Janet Napolitano. The skunk lady smells every bit as bad as BO. Finally, someone had the gumption to bring her up on charges for instructing those under her authority not to obey the law; however, it is likely that like others in the Obama Administration, she will prove to have a Teflon skin. 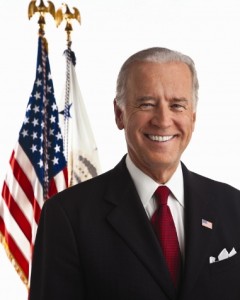 I’m sure others would have more names to contribute, as do I, but I would be hard-pressed not to mention Joe Biden – or Bite Me, Biden as some in the tea party refer to him. Many think the man is a joke but the Obama Administration still sends him out on the campaign trail. Why? Simple. Nothing sticks. He throws out the most absurd comments and people just seem to forgive him. After all – it’s Joe and what do you expect? Well, we should expect plenty from a man who is a heartbeat away from the Presidency. But why do they continue to send him out if he’s such a disgrace? Because only rational thinking people realize he’s a disgrace. You see, the man throws everything (#@*!!) out there and whatever sticks, sticks – but not on him. While we smirk and shake our heads, others digest his outrageous comments and forgive him his gaffes. We think he isn’t helping the Obama Administration, but we are wrong.

Let’s take his latest gaff – no I mean a gaff or two back. When he pandered to his mostly Black audience in demeaning jargon, using the phrase “Y’all”, had that been a Sarah Palin or a Michele Bachmann, it would have ended their careers. But not Teflon Joe – he doesn’t even take a lickin’ and he goes on tickin’. Compare the press coverage to Teflon Joe’s remark and those by Akin, who is being constantly taunted for an off-the-cuff remark he made and you will get somewhat of an idea of the double-standard that is applied to Republicans v. Democrats.

Last on my short list is the first – none other than the Teflon Commander in Chief – Barack Hussein Obama. Oh, where to begin! How about – we have 57 states. Did you know that? Well, you do if you’re a Muslim. Or how about those gun-toting, bible-clinging Christians in Pennsylvania? Wow! The man doesn’t just have Teflon skin, he must be made of Teflon. Those gun-toting, bible-clinging Christians in PA actually voted for him. Now let me see, according to the great man of Teflon, if we object to any of his country-destroying policies, we’re racists. But didn’t he refer to his own grandmother as a “typical white woman”? I guess you can only be a racist if you’re white – but isn’t he half white? I guess that doesn’t count if you’re made of Teflon.

I could go on with Michele Obama and the rest of the Obama Teflon Clan, but I think you get the picture. Just remember that the latest scientific reports tell us that heated Teflon can be hazardous to our health.