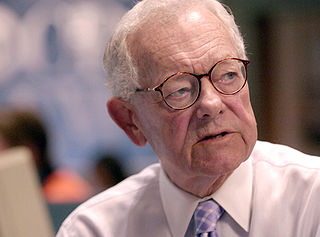 As you read the below list of dates, locations, news organizations and moderators for the Presidential and Vice-Presidential Debates, does anything in particular stand out? If it does you are probably some kind of trouble maker and we will ask you to please, just move along, there is nothing to see here.

Debate schedule: not objective at all

But, for those of you who have become jaded, blinded, weary and just plain worn out, sit back and pretend there is even a chance that there will be any effort at objectivity in these “debates.”

The GOP is on its very last legs. This schedule is just another example of how they time and time again, roll over like old lap dogs. Is there not one person with a combination of “pelotas and brains” anywhere in that leadership?

Conservative groups as well as the Tea Party movement have, for the most part, produced and worked under mission statements which provide for primary battles with the GOP to get the best Constitutional candidates, but then to support whichever Republican candidate is on the ballot in the general election.

The idea behind this, of course, has been, “We the People” will do nothing to help Democrats get control of either House, federal or state. For this reason, most but not all Patriot groups, have refrained from even suggesting a Third Party.

Calls for a third party will build

However, this election my good friends is pivotal. If the GOP loses this one, running against a party and a candidate so destructive and so anti-American, with the record they have accumulated, the call for a third party will be loud and there may not be any way to stop it. This may well be the last chance the GOP has to prove they can be counted on to defeat the progressives.

When the Tea Party leadership across this country sees that the GOP will not stand up to the media, and take the battle directly to the issues and act like they want to win, and once again lose to a leftist, Marxist party, the American people will have no alternative. 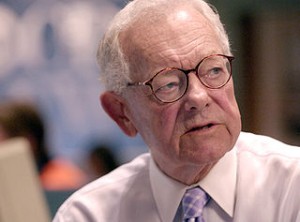 If the GOP continues to lose, without the opposition of a third party, the culpability for the emergence of an alternate party will lie directly at their feet. If support for them always results in Progressive wins, why should the people not say, enough is enough?

This election, many patriots believe, is the watershed for the GOP. They will either begin to take a stand, get all the information out to the people about just who and what Obama is, or they will lose.

And not only this election will be lost, along with any credibility they might still have, but they will be just as guilty as the left, as this country falls so deeply into the abyss, there may not be any chance to recover.

The schedule below is just what the concern is. My goodness, these are the Presidential debates, absolutely the most important election in the history of this country and the GOP can’t manage to secure even one Conservative location and monitor?

About the Vice-Presidential Debate

Now, having said all that, the October 11th, Vice-Presidential Debate between Congressman Paul Ryan and Buffoon Biden will be some of the most entertaining television this country has ever seen. Wouldn’t you love to have the ticket franchise on that event?

There are rumors going around that the propaganda wing of the Democrat Party, better known as the Debate Moderator, has been told by the Democrats to limit Biden to two second, yes or no answers.

Poor, poor conservatives. You know, for the party of personal responsibility, you sure do blame absolutely -everything- on everyone else.

Mitt Romney loses the presidential election? It’s not because he’s a sleazy unprincipled suit filler; no, it’s because the debate was held at a university.

One of the moderators (who, in Mr Schieffer’s case, has had one of the most distinguished careers in journalism history) does not consistently spout conservative talking points? Must be a liberal.

Conservatives, start taking some responsibility. Not everything is the fault of universities, the liberal media, the EPA, the teacher’s unions, the Department of Education, etc. You’re going to lose the election because your ideas aren’t any good. Not because the mean old moderators are going to so so unfair to your poor delicate candidate.

What meets your definition of a liberal or conservative host? All of the four named seem pretty middle-of-the-road, and to say that the questions won’t be objective prior to even knowing what will be asked seems a bit presumptive.

Its not as if they selected Rachel Maddow, Chris Mathews, or some other liberal pundit to host the debates. Who would you have liked to see picked as examples of “conservative” hosts?