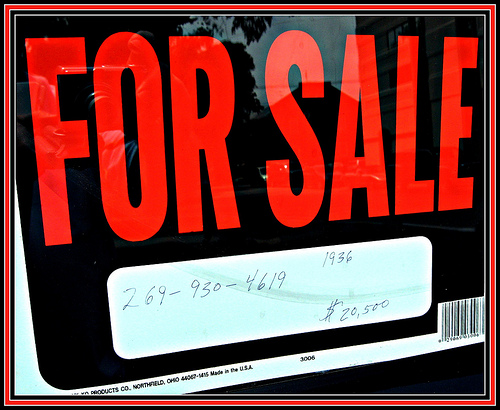 Recently I watched an episode of “Property Virgins” on HGTV. Who would ever think that such a program would inspire a political commentary? And yet, that’s exactly what it did. It forced me to re-label the common liberal phrase “The Haves and the Have-Nots” to “The Givers and the Getters.”

The Givers and the Getters in action

The beginning of the episode was inspiring. It said something about what the American Dream is all about: resourcefulness, hard work, the pursuit of happiness, and living in a country where success is possible regardless of circumstance. A 50-year-old woman, after a divorce, raised her children alone and overcame financial problems. Through hard work and perseverance, she was admirably able to rebuild her credit and be in a position to buy her first house.

Unfortunately, as the story went on, the picture changed. What this woman accomplished was still commendable; the way the government stepped in – not so much. The devil is in the details. In this case, the government plays the role of you-know-who – and it’s not the 50-year-old woman.

Here’s the details: this woman scrimped, saved, and rebuilt her credit score. Through sacrifice and making good decisions, she qualified to buy a $135,000 home on her own in Atlanta. Enter the government. They award (give) her a $30,000 grant – why? The episode did not say. She is fortunate to be looking at homes in an area of Atlanta that qualifies her for more grant money (translation – she is given more money by the City). Then through the course of other circumstances, this woman is somehow awarded more government money that she doesn’t have to pay back if she lives in the home for five years. All totaled, she ended up qualifying for a $135,000 home on her own and purchased a $193,000 home – the difference being absorbed by government money.

If you just watch the episode without thinking – you would probably be tempted to say “Well, isn’t that nice. I’m happy for her.” My first reaction was similar “God bless her. She did good.” Then reality sunk in as the wheels in my mind started turning. Question: Where did all that money come from? Answer: From the Government. Translation: From you and me and every hard-working taxpayer in these United States. You see, the government doesn’t have its own money; it has our money. Here you see the Givers and the Getters. Taxpayers give; grantees get.

How things used to work 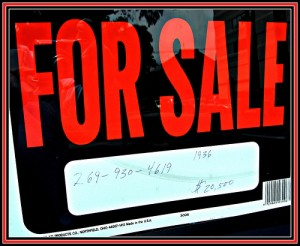 Let me sum up. In 1999, my husband and I bought our third home. We downsized so that I could stay home and finish raising our son. But in order to accomplish this goal, I had to give up my dream home and compromise – compromise – compromise. One of the compromises was that we literally cut the size of the house in half and had to sacrifice some of the architectural appointments that the artist in me so appreciated. For us, it was all a numbers game. It sure would have been nice is someone offered to give us extra money so that we could have built a bigger and better home. But we made the decision to live according to our means and didn’t look for any handouts from anybody. Of course at that time, none were available – at least not for a middle class family in a semi-rural community. Nobody gave us a grant (or free money that we didn’t have to pay back) to buy a home that we couldn’t otherwise afford. We paid our own way – for everything and we never expected anything else.

Either I’m living in some alternate universe where up is down and down is up, or people just aren’t thinking about where all this government money is coming from. It’s no longer the Have’s and the Have-Nots in America. It’s the Givers and the Getters. The entitlement state that has grown exponentially – especially over the last 3 ½ years. And in that state it’s those being taken from (the Givers) and those being given to (the Getters or the Takers). If things continue along this road, it won’t be long before the Givers have nothing left to give. The Getters will have taken it all. Then the Givers and the Getters will all starve together.

The trouble with Socialism is that eventually you run out of other people’s money.

Once again, we need to stop and think. We all know that the government is running out of money. Do we realize that it’s our money that they’re running out of? If we continue on this nice road paved with good intentions, you know where we will eventually end up. The Givers and the Getters will all starve together.

Once again I have to end with this plea: May God have mercy on America.

Mitt Romney gives up too easily

Mitt Romney gives up too easily