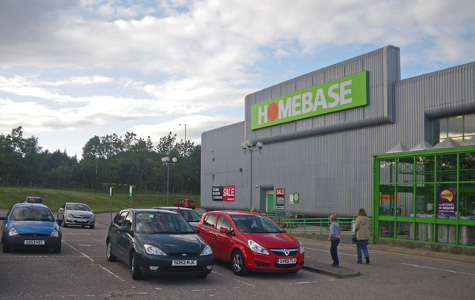 In the beginning of this year, Rush Limbaugh predicted the national unemployment number would drop below 8% this October. All of us who love and admire Rush know he is not a world-class economist. And at the time he predicted this, there were no signs of the economy improving. Yet, he hit it out of the park. How did he do that?

He knew that Obama’s policies were designed not to improve and grow the middle class or the economy, but to destroy it, and with the compliance of the media, blame Republicans and the free market.

What Rush is an expert on is history and leftist politicians. Never in American politics has a sitting President been reelected with unemployment 8% or higher. Who else knows this? The person posing a “President of All the People”, Barack Hussein Obama.

Because the method and means the BLS use to crunch the numbers are kept under tight security, with just a few statistics revealed, they could very well have come up with any number the Obama demanded. And they did. 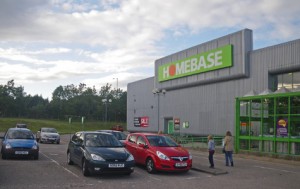 Bigbox retail area of Portlethen, UK. The level of economic activity is quite slow in this retail park, as high taxation and high unemployment are taking their toll on the populace. Photo: C. Michael Hogan, CC BY-SA 2.0 Generic License.

Here are some facts that fly in the face of all common sense relating to this bogus report these sycophants hoisted upon the American people this week.

…to ponder as we move towards November. It is very easy to elect a Marxist, nearly impossible to vote him out.

Just ask the poor souls down in Venezuela.

Chavez is not going anywhere. He won, didn’t he?

Menendez: 25 years of liberalism and lies

I thought people were joking when they were saying conservatives were unhappy because the economy was turning around, but here’s a shining example of that mindset.

Anywhere else in the world, a sign that the economy is recovering, would be seen as a good thing.

But, no, in the US, it’s just another cause for paranoia and vitriol.

Because it seems that the conservative movement would rather see their country turn into a third world backwater, than have somebody in power whom they happen to disagree with.

Why do you all hate your country so much? And don’t say you don’t – this is the proof that you do.

That’s not a sign of the economy turning around. It’s a lie. That’s right: a lie. And Dwight Kehoe proves it. It is totally inconsistent with the ten facts he brought forward.

It is also inconsistent with reality. You can’t make socialism work. The kinds of interventions that Obama put forward were guaranteed to perpetuate and worsen unemployment. He did it for the purpose of building a clientele for the government dole, and to set up a command economy, not one that worked through mutual consent. That statistic could not possibly be correct, because the premises demanded the diametrical opposite result.

Once again, I don’t see a anything to back up the claims made in this article. If your author was more responsible, or at least paid lip service to being a journalist, he would provide verifiable sources for his claims.

I do, however, notice that the author fails to mention that there isn’t a single Obama appointee in the Dept. of labor, which releases these figures.

It’s also worth noticing that this blog has also shamelessly bought into the top 10 conspiracy theories the right are throwing around when it comes to the election. This post completes the Top 10.

And all 10 have been proven to be laughably wrong. From “Obama is coming for your guns” to “Agenda 21” to the unemployment figures.

Incompetent, irrelevant, and immaterial. Barack Obama is a scofflaw (and a scoff-Constitution, too). The Hatch Act? What Hatch Act? Any person at the BLS who does not do what The Messiah says, risks his job.

I urge all my readers to disabuse themselves of any such notion as “the career bureaucrats in the Executive branch of government are as independent as judges, with like immunity from executive control.” At best, naïve; at worst a plain old-fashioned lie.

Mr. Kehoe laid out ten facts that do not square with the statistic. It falls to those trying to defend that statistic to wring from the BLS the numbers that they say that Mr. Kehoe missed. And to show that they are competent (i.e. prove anything), relevant (i.e., relate to the matter at hand), and material (i.e., “matter”).

You have your source, i.e. Obama. Perhaps Mr. Kehoe and I have ours, i.e. Donald Trump. Who confidently predicted that the BLS will readjust that statistic back north of 8 percent. Conveniently after the election.

And coming as this does from the same administration that tells major defense contractors not to give the layoff notices that the law requires, any such statistic as this is suspect absent corroboration, given their conflict-of-interest in the result.

If that photo was taken in Portlethen, how come all the cars have Irish number plates?

I also see that Jack Welch, who started the brouhaha, has now said “Have never commented on White House in any tweets I can recall” which is quite bizarre, and has now taken his toys and gone home, from Fortune and Reuters.

Also, your commentator talks about how many times the figure has been adusted the following month. Assuming he’s talking about seasonal adjustment and not making stuff up, that’s been going on for longer that 4 years and is a standard amongst such statistics.

Ironically, when he says that all the adjustments have been in the President’s favour, that means that the current numbers are actually better that what has been reported.

See, this is what happens when you write fiction based on paranoia, instead of facts.

Jack Welch should have stuck to his guns. Donald Trump, of course, picked up Welch’s dropped gun and fired it himself. And I stand by that. That is a bogus statistic from an administration as thoroughly corrupt as is Chicago’s city hall.